A Mainer Abroad: Reality sets in 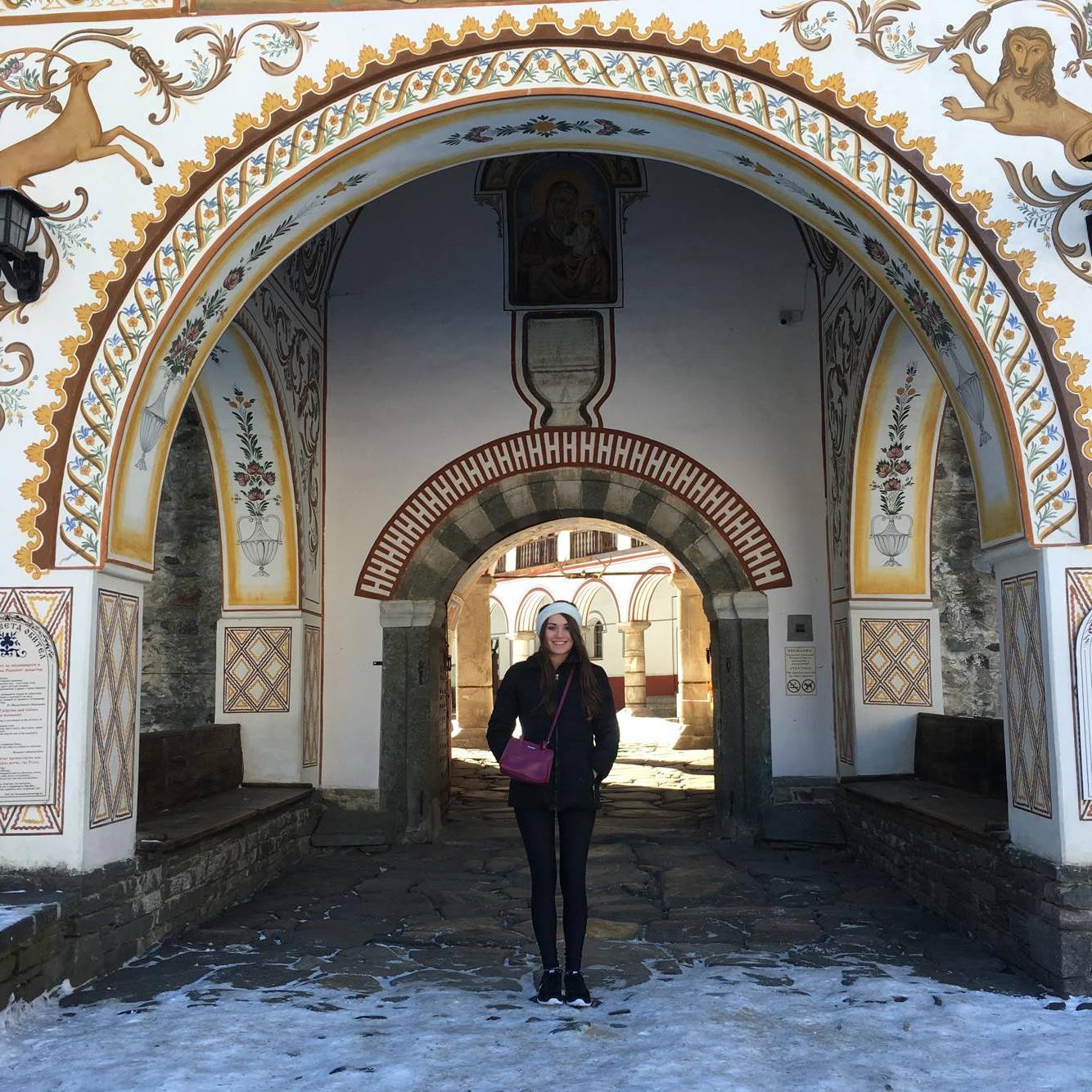 I spent my first week in Bulgaria participating in orientation, exploring the city and generally living in the honeymoon stage of being abroad. However, this past week, reality started to set in. I am in a new country, halfway across the world. Hardly anyone speaks English, and I will not be at the University of Maine again until August. I also began classes on Monday. While classes here are certainly different, the university is American, so classes are taught in English (thankfully) and the teaching style and syllabi are often quite similar. I am in four courses this semester to leave time for traveling. I do not have classes on Wednesdays or Fridays. The journalism and mass communication classes here are somewhat similar to those offered at UMaine, except for one: design and layout. In this class I will be learning the basics of programs such as Adobe Illustrator and Photoshop, and designing logos, magazine covers and book jackets.

Last Saturday I visited the Rila Monastery, one of the top tourist attractions in Bulgaria. It is not far from my university, so we all piled onto a bus and drove through winding, narrow streets up the mountains until we found ourselves in the heart of the Rila Mountains. The monastery was built in the 10th century. One thing I find fascinating about Europe is the sheer amount of culture and history that exists. In the United States, we have a much shorter history, and we oftentimes lack the culture that many Europeans experience in their day-to-day lives. Bulgarians have many cultural traditions, from food, to music, to clothing and dance. These things can be seen even in some of the clubs here. Although there is some Western influence, their culture still remains in many of the villages and in everyday life. The other day while walking back from class, I passed by a horse towing a cart, and the horse was dressed in traditional tassels and Bulgarian decorations.

Now, I am getting used to the idea that I am not just here to travel to different countries and go clubbing. I am also here for school, which I need to remember. The lack of classes two days a week will make this hard, but this is certainly a perk of studying abroad. Unfortunately, at the beginning of the week when classes started, my laptop died. It still has not turned on, so I will be traveling by taxi to Sofia, Bulgaria to the one Apple-certified service center in Bulgaria. I only hope something can be done to revive my laptop. I suspect that it could have been affected by the adaptor I have to use to plug in any electronics.

I can already tell that coming back to the U.S. will be a reverse culture shock. I will be very happy to see some things again, such as friends, family and foods that I have missed, but other things will be difficult to adjust to, such as the different culture (or lack thereof), saying goodbye to the friends that I have made here, and the different way of life that I am developing during my time abroad.

PHOTO VIA TheWrap.com
House of the Dragon: sometimes…

Photo Via Flickeringmyth.com
Top Gun: Maverick is a…