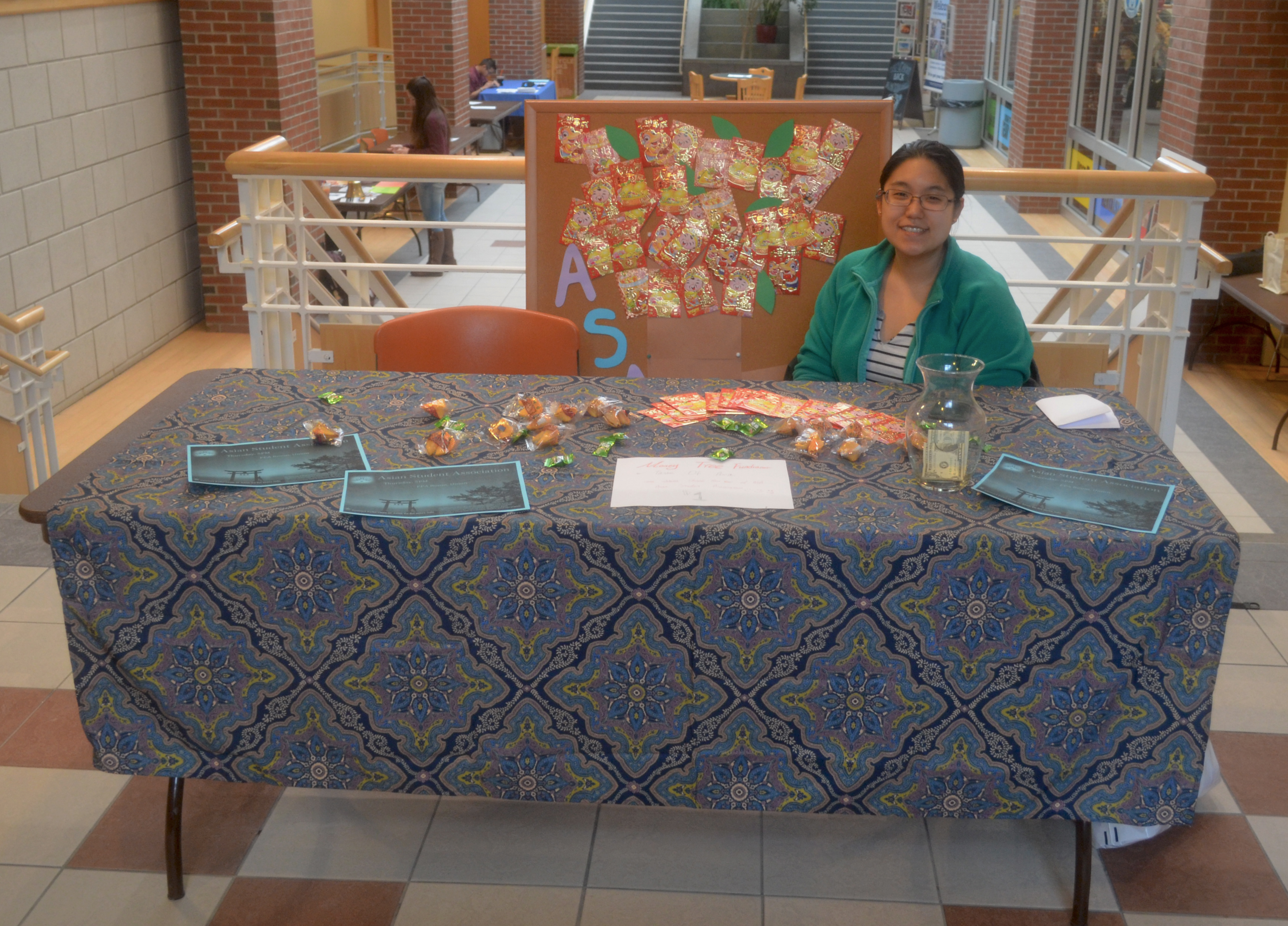 The 2016 Chinese New Year began Monday, Feb. 8 and continues for 25 days. The Chinese calendar is lunisolar, meaning it is formed based on the movements of the moon.

Anne Yu, a fourth-year zoology student and president of ASA hopes to spread word of the holiday while having a celebration of her own.

Yu learned about ASA during her second year at school. When she came to Maine from New Jersey she noticed much less diversity around her. In ASA she found a group of people with whom she felt comfortable.

“Family and bonding, that’s what it’s all about,” she said.

While some students can go home to celebrate the Chinese New Year with their families, many have to remain at school. Large feasts are a traditional way to celebrate the holiday and are usually held on the first day of the New Year, though individual families put their unique spin on the festivities.

“In my family, we have a really big feast on the last day. We eat hot pot, a meal that symbolizes being with your family,” Yu said. Hot pot is a traditional meal that consists of a large pot of stock in the middle, and ingredients laid out for everyone to share. They also have noodles. which, according to Yu, symbolize a long life and should not be broken.

She was not able to be with her family, but called to wish them a happy holiday.

Another tradition of the Chinese New Year is to give gifts of money.

“Whatever money you get during the New Year, it’s lucky money. Red packages are given to young, unmarried people,” Yu said.

She also noted that it’s typically family and close friends who give money. The packets are traditionally red because it’s a color considered to be lucky and, according to cinesenewyears.info, is believed to suppress evil and keep children healthy.

The Chinese Calendar follows the zodiac, which is based on a 12-year cycle. Every year in the cycle is related to an animal. There are the signs of the rat, ox, tiger, rabbit, dragon, snake, horse, sheep, monkey, rooster, dog and pig. According to chinaculture.org, “The year of a person’s birth is considered the primary factor in determining a person’s personality, physical and mental attributes, ability and level of success and happiness throughout his or her lifetime. Events and occurrences in a given year are influenced by the nature of that year’s animal.”

This Chinese New Year welcomed the year of the monkey.

“If you’re born in year of the monkey, this year’s your lucky year. You’re destined to have a good year, it’s your year to strive,” Yu said.

Let’s get together and feel alright: The Wailers to perform at the CCA
Through the Grapevine: You, too, can have your GatoNegro moment.