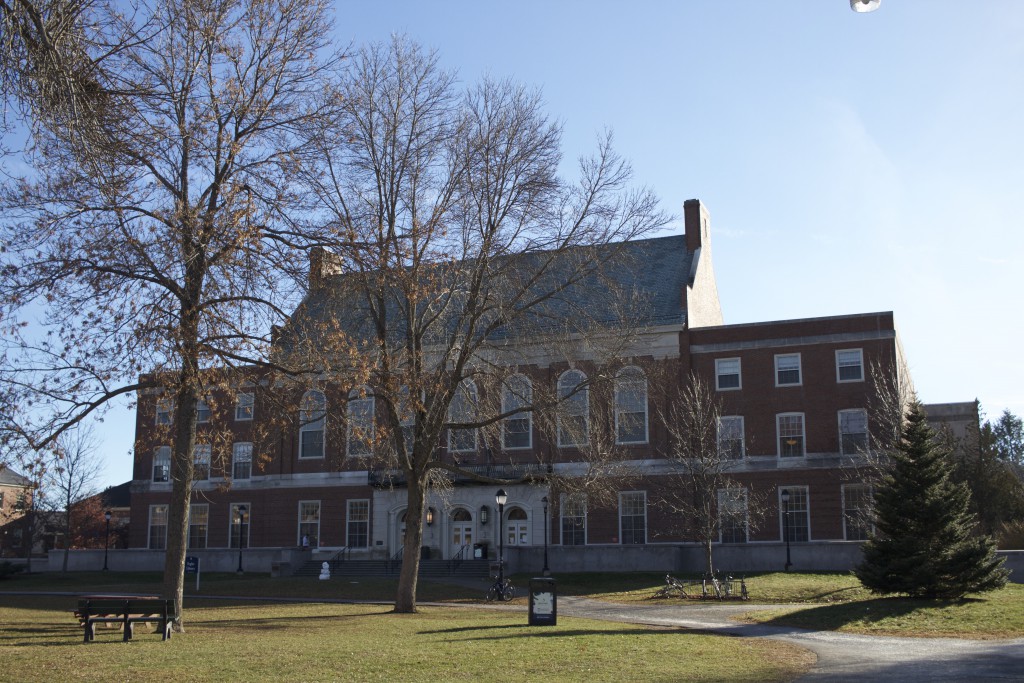 University of Maine Police Department (UMPD) officers responded to a Resident Assistant (RA) report of an intoxicated person who was sick in Oxford Hall. However, the report was cancelled as the officers arrived, as the person was just having an anxiety attack.

UMPD and Orono Police responded to reports of a man with a gun in the Somerset Hall parking lot. Students on Yik Yak claimed that there were as many as three shooters on campus. Officers contacted several people who were in the area at the time, none of which had a gun.

A mother reported to UMPD that her daughter was missing after she did not answer her phone for an extended period of time. Eventually, the daughter returned home safely. She was at a friend’s house the night before.

UMPD responded to a complaint of a dog bite in the Collins Center for the Arts parking lot. The dog, a four-year-old German Shepherd, reportedly bit someone on the hand. The dog didn’t draw blood, just broke the skin a little bit, according to UMPD. The dog was licensed and up to date on shots, and the owner said that it had never bitten anyone before.

The fire alarm was activated in Knox Hall, leading to three people admitting that they were vaping in their room. The vaping was reported to be the cause of the activation. All three were referred to JA.

Men’s hockey fails to finish, swept by No. 6 Providence
The job of President should expand beyond one person