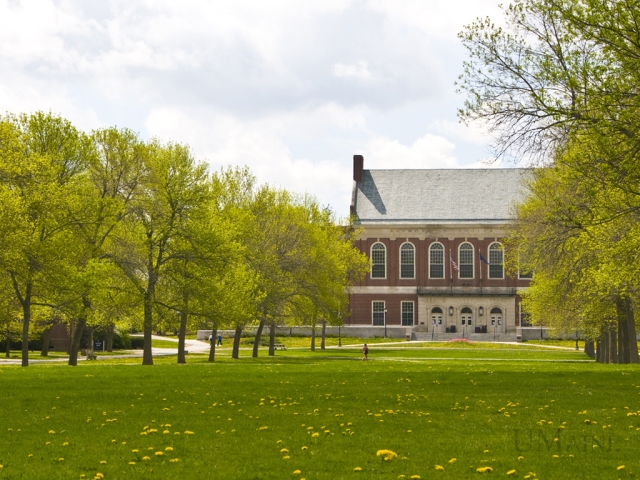 University of Maine Police Department (UMPD) officers on foot patrol detected a very strong odor emitting from a room in York Hall. When the resident opened the door, the odor intensified. Both students were identified by their MaineCard. When asked about the odor, the students said they had fish in the room. Both were referred to Judicial Affairs (JA).

A UMPD officer who was returning from a meeting in York Commons came outside to see two students smoking a marijuana cigarette on Grove Street. The officer made contact with two first-year students. Both were summonsed for possession of marijuana. One of the students was summonsed for the same charge by Orono Police Department previously on Jan. 17.

UMPD officers responded to an RA report at Gannett Hall of underaged drinking. Officers found six people in the room, along with five bottles of Smirnoff Ice, five nips of Jack Daniels, two bottles of vodka and three bottles of beer. All six students were compliant, and referred to judicial affairs.

UMPD responded to a theft at the New Balance Student Recreation and Fitness Center. A male was playing basketball and left his belongings in the cubbies along the side of the court. His iPhone and wallet, containing $10 cash and two debit cards, were stolen. There are no cameras that surveil that part of the Rec Center and there are no suspects.

A UMPD officer on foot patrol at Knox Hall responded to a vehicle lock-out. After unlocking the car, the officer noticed a Seagram’s gin bottle in the backseat of the car. The student was compliant, and was referred to JA.

UMPD received a late report from two months ago. A student reported the theft of three textbooks during the fall semester. The value of the textbooks is reported to be $150.