A Mainer Abroad: An American in Bulgaria 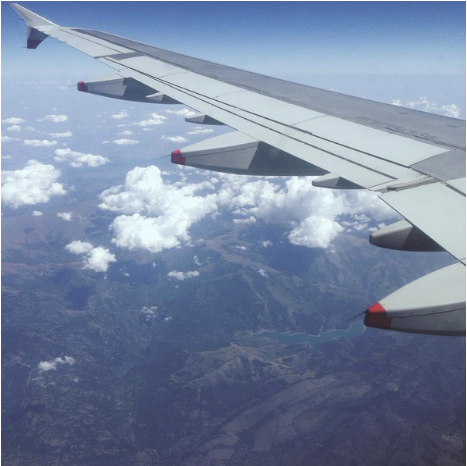 Until very recently, I’d never left the United States. In fact, I’d barely left the state of Maine. For most of my 21 years, the idea of foreign travel had been highly unlikely for people who come from towns with only one streetlight like myself. Nonetheless, I’ve always been determined to spend a semester of college in a foreign country. However, for someone who’s spent most of her life in a sheltered and reasonably tame New England town, I probably could have chosen something a little less obscure than Bulgaria for my study abroad destination. But I’m a huge fan of just going for it.

Suffice to say the past week has been a little overwhelming. I arrived on Tuesday and it still doesn’t even feel real that I’m living in an eastern European city. Bulgaria itself is absolutely beautiful, with massive mountains in the distance that make the ones in Maine look like little hills (sorry). On the ride from the airport, there were fields of sunflowers, villages with red-roofed houses and signs written using an alphabet that was meaningless to my eyes. Thankfully, there were some familiar things as we drove through the capital city Sofia, like a Ford dealership, a McDonald’s and even a KFC.

Seeing Blagoevgrad (the city I’m living in) for the first time was not exactly thrilling. The buildings are obviously very old and crumbling a bit in places and the bricks in the sidewalk will sometimes move a little when you step on them (or entire chunks will be missing altogether). It isn’t spectacularly clean (more like New York City below 59th Street), but Bulgaria and most of eastern Europe are still attempting to catch up to the rest of the continent in terms of modernization and progress. I think I’ve been conditioned as an American to think that any place that doesn’t look pretty and new is unsafe, but Blagoevgrad is full of families and regular people living their regular lives. Adjusting one’s perspective is all part of overcoming culture shock, which I’m working on.

When I finally arrived at the American University in Bulgaria, a residential assistant handed me a student ID card, showed me where my room was and then sort of left me to fend for myself. I managed to figure out where Kaufland, a German Walmart-ish store, was located so that I could buy bedding and towels, which was incredibly important because all I wanted to do that first day was shower and sleep. In Kaufland, I was also relieved to see fairly large displays of fruit and vegetables at the front of the shop; I’m a vegan, so produce sections tend to get pretty exciting for me, especially in foreign countries where the locals prefer meat and cheese-centered dishes. It’s already pretty clear that being a vegan is going to be the ultimate challenge in this culture, but it’s a lifestyle that I believe very strongly in, so I’m determined to make it work.

At the dorms, which were only three buildings, I was assigned a triple room. That’s been like a blast from the past, since I’m a senior and haven’t lived in a dorm for quite a while. I also live with first-year students, so they’ve been out partying and enjoying their new freedom until four in the morning, while I already got that out of my system a long time ago and am going to bed at 10 p.m. like a grandma. Here in Bulgaria the drinking age is 18 and I’ve seen people with kegs on the campus lawns and heard of RAs taking their residents out to the clubs. I suppose people here just really like to have a good time.

Overall, my first few days have been equal parts of exciting and nerve-wracking. I’ve so far managed to handle the language barrier by saying mersi (thank you) all the time and communicating via a dumb, confused smile on my face. The currency, called lev, is easy to handle (and sparkly), and the people have been very kind and welcoming, so I’m optimistic that I’ve got a good semester ahead of me. Wish me luck, Black Bears!

The case against assigned reading during syllabus week
Album Review: A glimpse into electronica with Flume’s album “Skin”