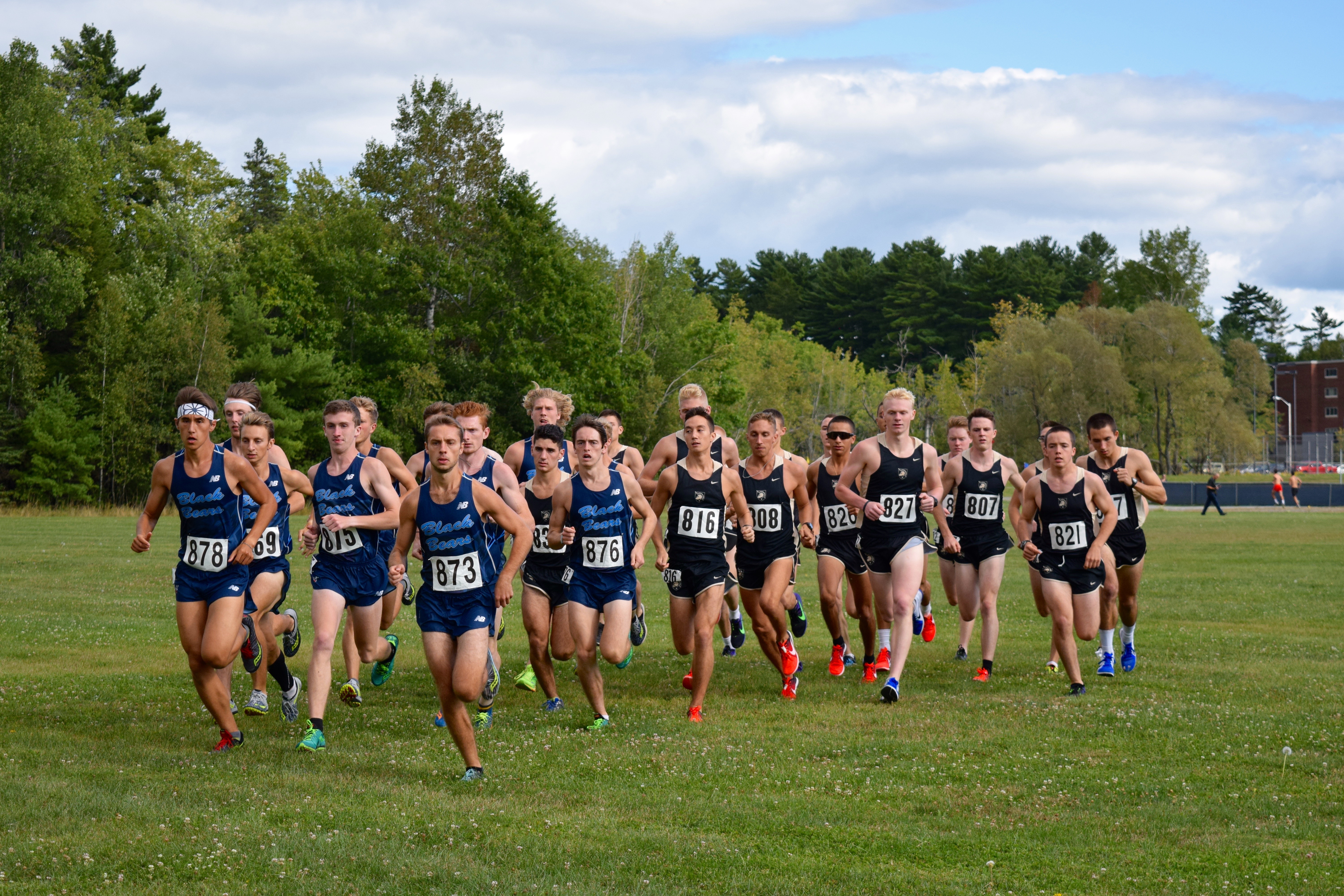 In their opening race of the season on Friday, Sept. 2, the University of Maine men and women’s cross country teams took on the West Point Army Mules. In what was a great race to the end, both Black Bear teams fell to the Mules.

On the women’s side, Army placed the top four finishing runners. Second-year Abby Halbrook came in first with a time of 18:46.33, followed by first-year runners Bethany Nunnery, Samantha Coletti and Andrea Karlen with the times of 18:51.00, 18:55.61 and 18:56.64 respectively.

Third-year Kaitlin Saulter came in first for the Black Bears and fifth overall, in what was her first cross country race, with a time 18:59.57. Saulter switched from playing soccer last year to running cross country this year with the hopes of improving her track performance.

“I think I will just get stronger from here, just realize, ‘ok I need to take it out a little slower, have more left in the end’ kind of thing. And don’t worry about who’s behind me because I was kind of checking my shoulder,” Saulter said regarding her first performance.

For the men, fourth-year Jesse Orach won the meet for UMaine with a time of 25:36.30 for the four-mile course. Orach ran ahead of the pack for the entire race, leaving the pack of Army runners and fellow teammates behind.

“It was pretty tough to run by myself for the whole time but I got to work on my conditioning a little, for the middle of the race. I started to feel it a little around mile 3, but for the first race of the season, I can’t complain,” Orach said of his win.

Despite the fact that the Army team ran a different style of race from what the Maine runners ran, Coach Mark Lech had them do things the way they usually do. As Army’s athletes sped up as the race went on, the Maine runners kept a consistent pace.

“I like them to try and run the pace that they are eventually going to run,” Lech said.

“I’m hoping that once we start to do work and they are going to be able to go, they are more familiar with that pace. At some point they’ll do the strength work to be able to hold pace that for the whole race.”

Despite Orach’s first place finish, the Black Bears fell 37-20 in their meet to the Mules.