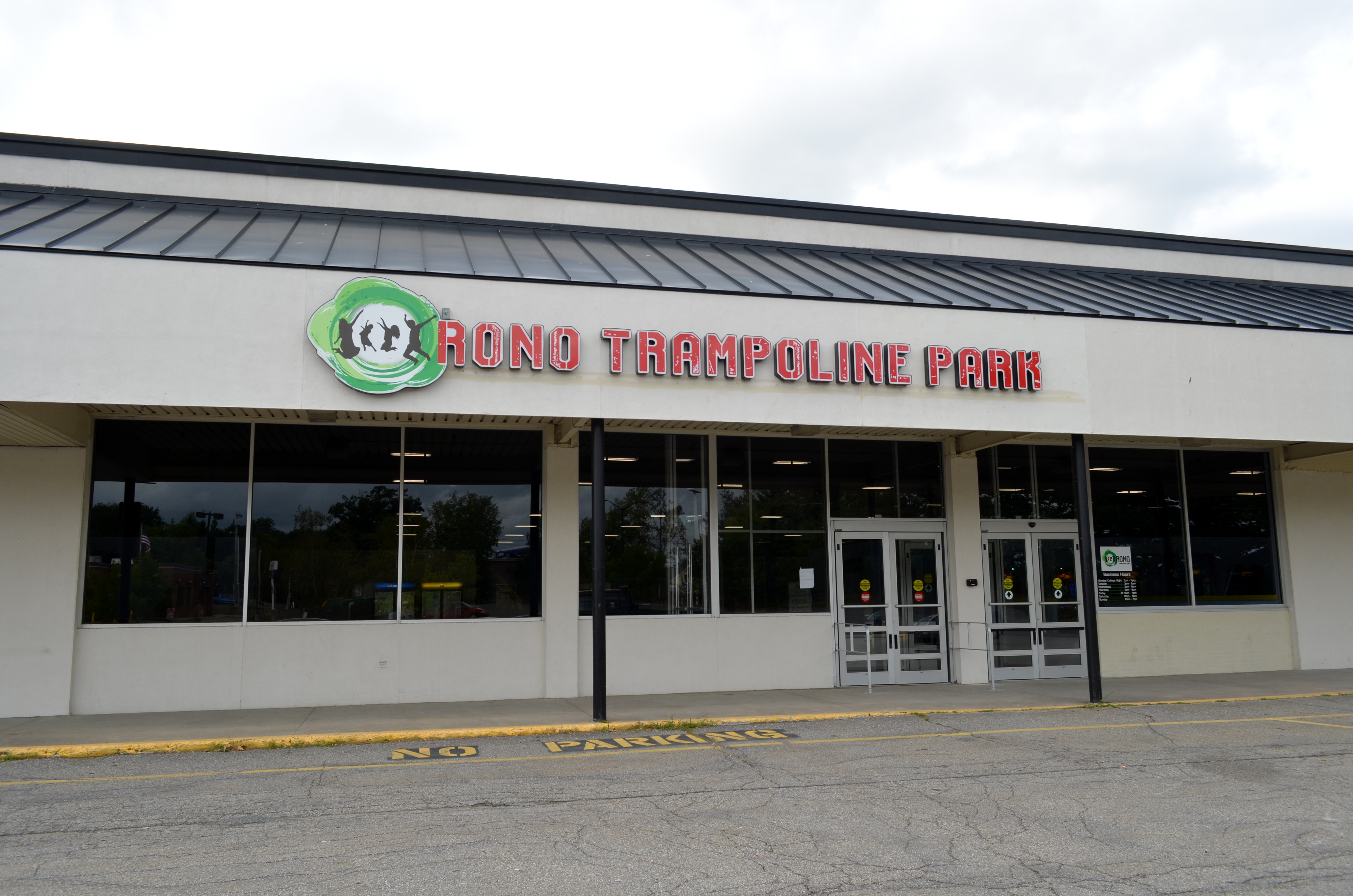 On Saturday, Sept. 10, 2016, Orono Trampoline Park opened its doors to the public. The new 40,000 square foot facility, located on Stillwater Avenue in Orono, offers various activities for all ages.

Most prominent at the new park is the introduction of College Night. Every Monday night, the park offers a special discount for college students with an ID. The facility closes down to the general public and extends its hours from 7 p.m. to 11 p.m. to create an atmosphere welcoming to students. Pricing on College Night is $10 for one hour of jumping or $16 for two hours. According to Derek Thomas, a manager of the park, the idea is to create a place for students to get away and interact with other students their age.

Thomas explained that the first Monday the park was opened, Sept. 12, there was an excellent turnout of college students and he only expects the attendance to rise with time.

Nick Carlson, a third-year student at the University of Maine in Orono, was eager for the opening of the park. “My friend Stew works there and he gets a discount for friends. I was really excited, I heard it was pretty awesome. I’m excited for the college nights they are going to have as well.” Carlson checked out the new park on Sunday night. After signing an electronic waiver, a requirement for jumping, he began his one-hour session. “I think the trampoline park is very cool. I hope I can go back soon.”

Stewart Buzzell, a third-year student at Eastern Maine Community College in Bangor, is a new employee of the park. “I started working on Saturday, which was the first official day they opened to the public. My job is to watch the people jumping to make sure they’re being safe. We get whistles and walkie talkies while we work to ensure that.”

With the recent opening of the park, there are many advertising efforts employed to spread the word. Orono Trampoline Park has a website as well as a Facebook page, detailing events and urging people on social media to share pictures and experiences with them. With the growing popularity of the park’s college nights, Thomas expects business and advertising to rise.

With opening a trampoline park, there are inherent risks. To avoid issues at the park, the 20-30 employees currently on staff went through a three-day training prior to the park opening. The employees include a mix of college and high school students and some adults. During the training, the employees learned policies and procedures of the park, as well as specialized training in case of injuries or emergencies. According to Thomas, the park has been running smoothly since the opening.

Also offered at the park are various packages for birthday parties. All parties include a one-hour jump pass and 40-minute party room, a party host, and pizza, yogurt, soda and utensils. A birthday gift from the park includes a free pass and an Orono Jump t-shirt.

The crowd at the park has been a mix of families and college students so far. With the advertisement of the college nights and being in an area with numerous colleges and universities, the park is expected to gain popularity for students in the area primarily on Monday nights.

Graphic by David Jakacky
The University of Maine’s updated…