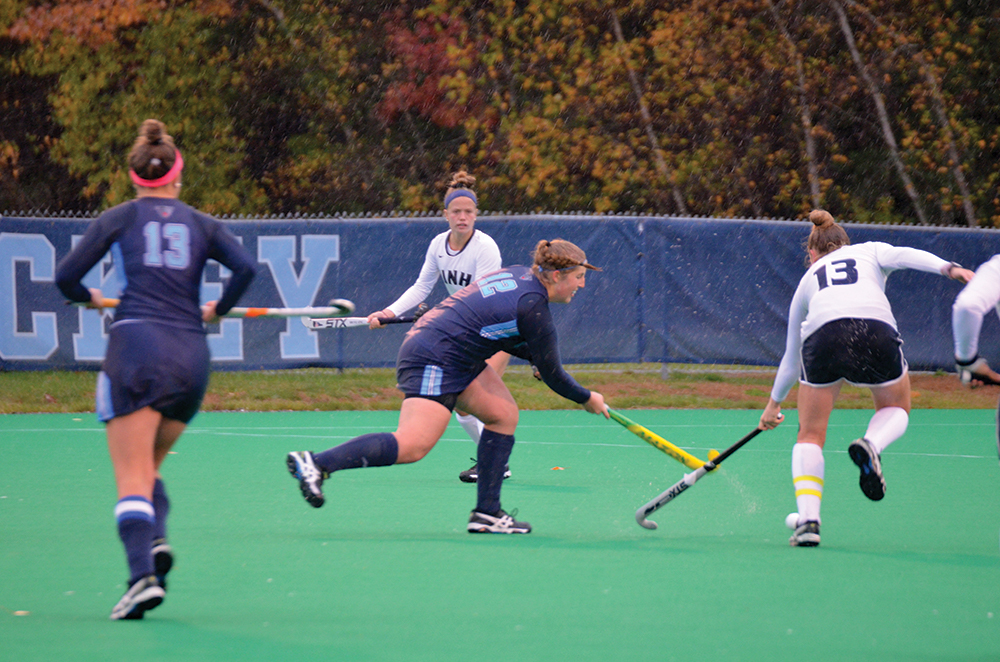 The University of Maine (13-6) looked to sweep New Hampshire (6-11) in their head-to-head series this season after they won 3-2 in overtime on Saturday, Oct. 9. The Black Bears put on a show against the Wildcats, winning the affair 5-1 and celebrated the victory on Senior Night. Maine secured the No. 2 seed in the America East Conference.

The Black Bears opened the scoring at 10:48 of the game off a penalty corner from second-year back Ella Mosky, where second-year back Samantha Wagg scored to give her team a 1-0 lead, assisted by second-year midfielder Libby Riedl. This was Wagg’s ninth goal on the season.

Maine would not relinquish their slim lead, as the same trio provided the second goal at 31:30 of the game to give them a 2-0 advantage. Wagg scored again, assisted by Riedl, which came off a penalty corner from Mosky. This was Wagg’s 10th goal on the season.

“Getting on the board first and following that with a second one really gave us the edge in this one. We wanted to make this a special night for the seniors, and I’m happy we were able to get a win for them,” Wagg said.

After a green card was shown to New Hampshire’s fourth-year midfielder Lindsey Nerbonne, Maine increased their lead to 3-0 at 33:13 on a goal by Riedl, who followed the rebound after first-year forward Brianna Ricker’s shot attempt hit the post.

“This was a big game for us, and we wanted to leave here with a win. We’re pretty confident to continue our play next week as we go to California, and hopefully we can grab another win over there,” Riedl said.

Maine finished the first half with nine shots and four on goal, while the University of New Hampshire had 10 shots with seven on goal.

Redshirt third-year goaltender Emma Cochran started for the Black Bears, while second-year goalie Kelsey Rudert started for the Wildcats. Cochran made five saves in the half and Rudert made one. Maine also had two defensive saves, one by second-year midfielder Casey Crowley and the other by Wagg.

Maine Head Coach Josette Babineau made the move that she has regularly done all season, bringing in her other redshirt third-year goalkeeper, Emily Corbett, to play the second half.

“Everyone played well today, and we didn’t make many mistakes. Hopefully we can put in another good effort against Vermont, then get ready for California,” Babineau said.

The Black Bears added to their comfortable lead at 41:51 of the game, as first-year midfielder Riley Field scored to give her team a 4-0 cushion. This was Field’s second goal on the season.

New Hampshire finally got on the board at 61:40 to cut the deficit to 4-1, as first-year back Nicky Bajus scored, assisted by second-year midfielder Rachel Bossi. This was Bajus’ first goal on the season.

“Even though we couldn’t pull out the win, it’s a relief that I was finally able to get my first goal in college. I’ll always remember it,” Bajus said.

Maine added another one at 68:06 to give them back a four-goal lead at 5-1, where Crowley scored, assisted by fourth-year midfielder Sydney Veljacic. This was Crowley’s 10th goal on the season.

The Black Bears were able to get a victory in their last game on home turf this season, where the fourth-year players, Danielle Aviani, Sydney Veljacic, Adriana Martineau and Emma Cochran celebrated their Senior Night.

“They were better prepared than us and we couldn’t match their play. They’ve had a great season, and I wish them luck as they head into the playoffs,” New Hampshire Head Coach Robin Balducci said.

Maine wanted to sweep the season series from the University of Vermont (7-12), where they won the previous meeting 3-2 in overtime on Friday, Oct. 14. The Black Bears took the game convincingly to end the regular season, claiming a 4-1 victory, taking away their Senior Night celebration.

Much of the first half was a defensive battle, as neither team could find a way to score for much of the opening half-hour of the game.

The Catamounts finally opened the scoring at 28:41 of the contest, as first-year midfielder Isabella Sericolo scored to give her team a 1-0 lead. This was Sericolo’s third goal on the season.

Maine came back very quickly, tying the game just 29 seconds later at 29:10 when Ricker scored, assisted by Crowley. This was Ricker’s sixth goal on the season.

Less than a minute later at 31:03, the Black Bears went ahead 2-1 on a goal by Veljacic, assisted by Crowley. This was Veljacic’s third goal on the season.

Maine held onto the slim lead at halftime and finished with nine shots and six on goal, while Vermont had three shots and two on goal.

Babineau surprisingly decided not to insert her other redshirt goalkeeper, Cochran and stayed with Corbett for the second half. The non-move ended up not hurting the team and Corbett stood her ground to claim her sixth win on the season.

The Black Bears extended their lead to 3-1 at 60:53, as Field scored, assisted by second-year midfielder Libby Riedl. This was Field’s third goal on the season.

Maine would score again at 63:19, as Ricker scored a second time of the game to give her team a comfortable 4-1 lead, assisted by Veljacic. This was Ricker’s seventh goal on the season.

The Black Bears dominated the second half, as they finished with 14 shots and eight on goal, while Vermont only had three shots and one on goal. Corbett made one save, Snowden made five and fourth-year midfielder Anne-Marie Farmer added one for Vermont.

With the conclusion of the regular season, Maine has locked up the second seed of the East Division in the America East Conference playoffs by going 6-2 on the season. They will play the third seed of the West Division in the first round and the game is scheduled for Friday, Nov. 4 on the road at 3 p.m. against the University of California.

The University of Vermont didn’t sustain the Senior Night celebration they wanted and finished with a dreadful season. They were unable to get one win in the conference, having a 0-8 America East record. They look to better their win column next year and hope to improve their play against competitive playoff teams. 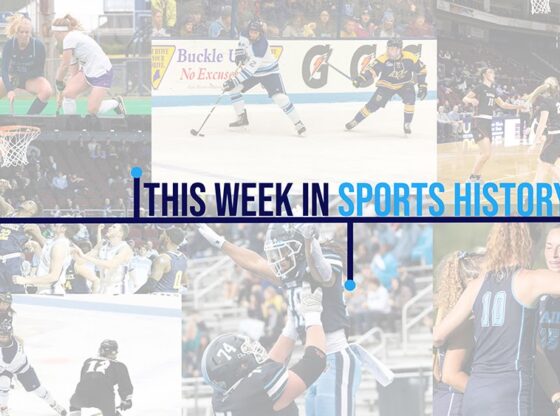