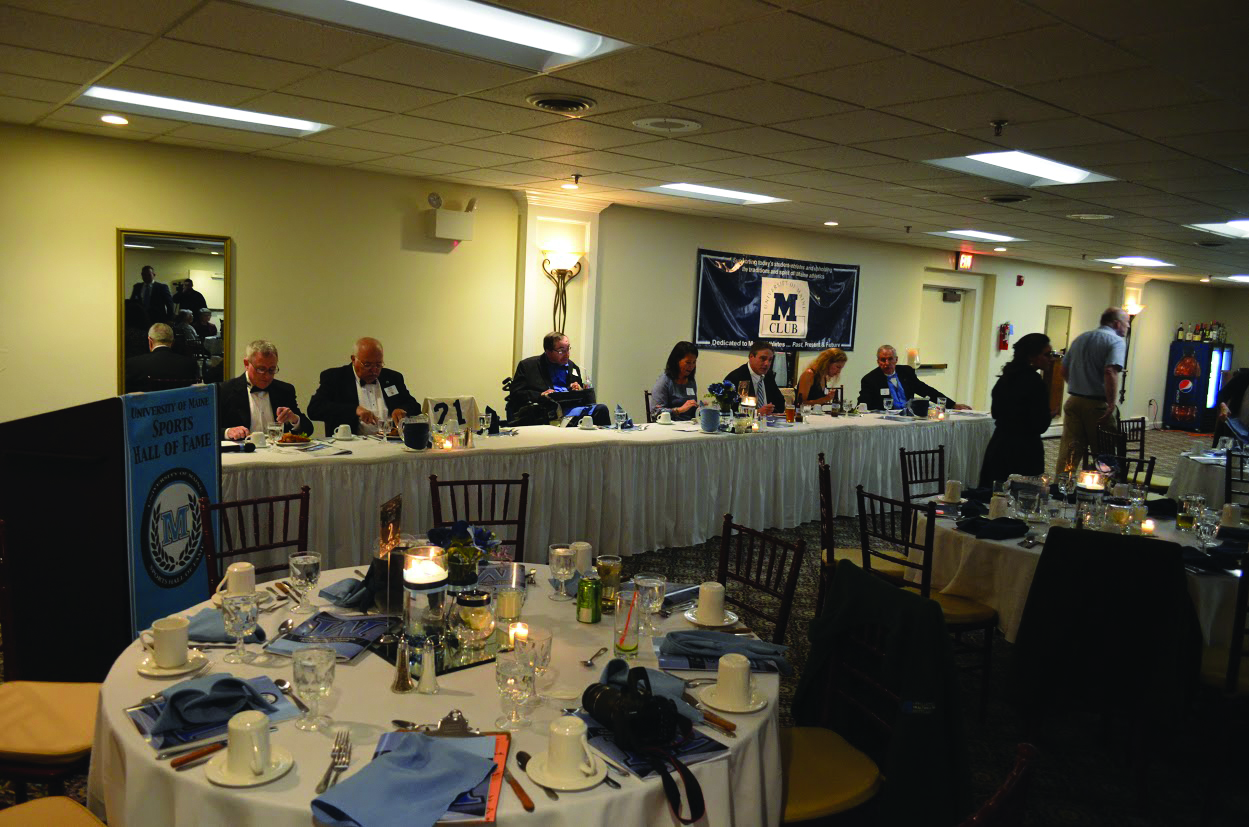 The University of Maine inducted six new members to their Athletic Hall of Fame on Friday, Sept. 30, in an event hosted at the Black Bear Inn in downtown Orono.

Riley ran loose in both indoor and outdoor track and field from 1994-1998. In 1997, she was the individual New England champion in the indoor pentathlon where she scored 3,507 points. That was a school record for 15 years before being shattered in 2012.

Hartung was a three-year letterman on the Maine baseball team from 1988-1990. In his senior year he batted .414, which is still the highest single-season batting average in UMaine history for a player with 200 or more at-bats. That same season he had 76 RBIs which is the second best in UMaine history. After playing at Maine, Hartung went on to play six seasons in professional baseball.

Woodbrey was a four-year soccer standout at Maine in the years 1973-1976. He stands alone as the only Black Bear to be named to the All-Yankee conference and All-New England teams twice (in both 1973 and 1975). Woodbrey led the Black Bears in scoring his last three seasons on the team. He was team captain in his senior season.

McPhee was a celebrated wrestler for Stephens High School in Rumford, Maine before sustaining a brain stem contusion during a football game in 1976 that left him quadriplegic.  He went through five years of rehabilitation and uses a voice synthesizer. McPhee helped coach the Maine wrestling team as an assistant coach in 1983-1984 in a season where they went 9-4. He was a co-sports editor at the Maine Campus. He attended both Husson and UMaine for college.

The 2016 Hall of Fame class was selected by an M Club committee and approved by UMaine President Susan J. Hunter.