Words of the World highlights multiculturalism and poetry 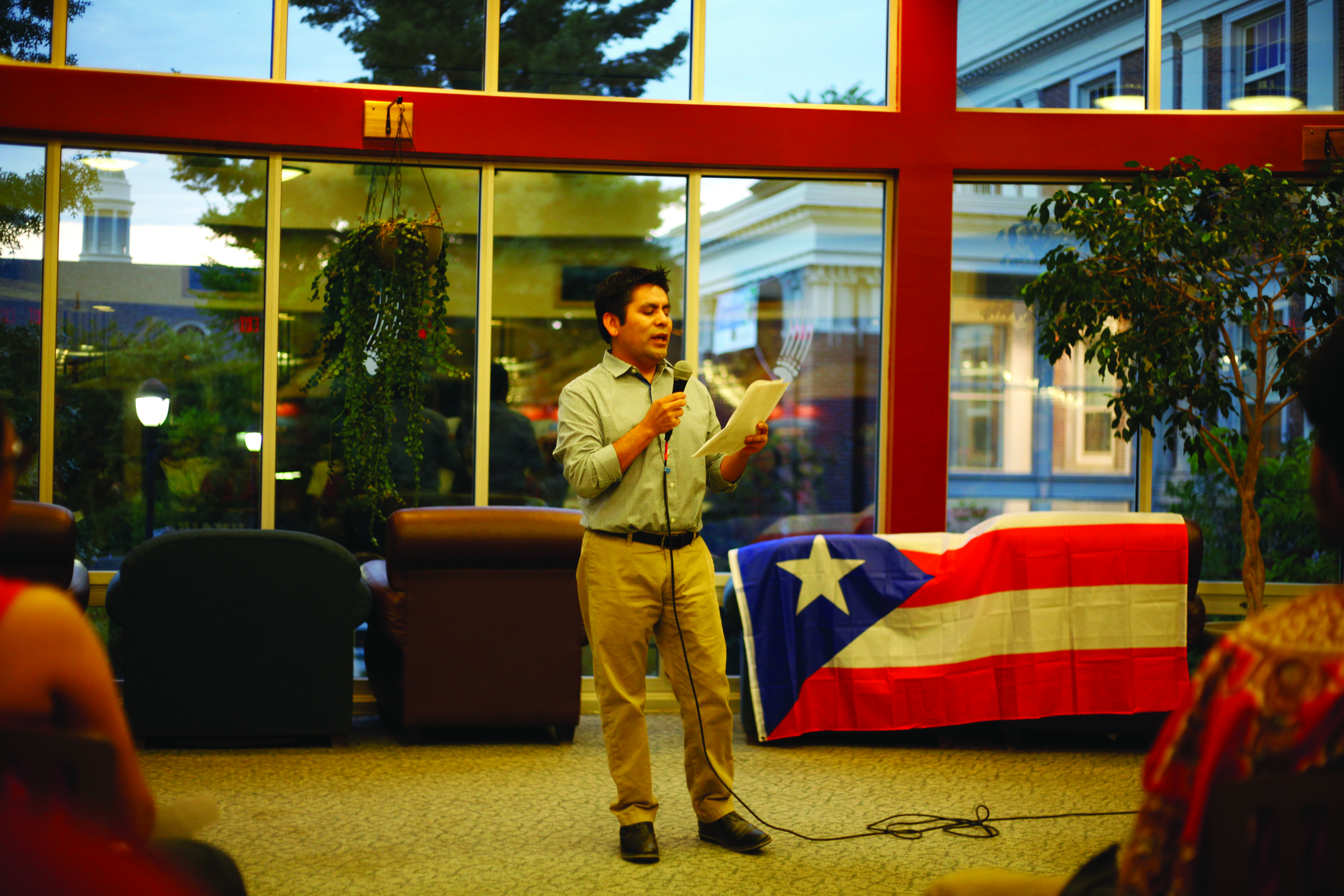 Last Friday, Sept. 30, the Multicultural Office and Caribbean Club came together to celebrate National Hispanic Heritage Month through a spoken word event at the North Pod in the Memorial Union. The event was free for everyone and open to all cultures. Bagels with various refreshments were served during the event. The Words of the World event was split into two parts, one for scheduled performers and an open mic section open for everyone.

“Caribbean Club’s goal is to share our culture and this event was great for not only our culture, but other cultures of the world,” Master of Ceremonies and third-year animal and veterinary sciences student, Naedia Clarke, said.

Performers covered poetry in various languages, including Spanish and Hindi. Some speakers wrote their own poetry, such as Benjamin d’Haiti, an undergraduate student at the University of Maine who shared a piece about environmental degradation and oppression.

But some read works written by others, like David Patrick. Patrick is a University of Maine alumnus who read from Nelson Mandela’s poem, “Invict Us.” Although most of the poetry was about Hispanic culture and political commentary on immigration, some read poems about climate change, cultural appropriation, political corruption and same-sex love.

Format was also open for interpretation, with some performances sung, rather than just read out loud.

People of all ages performed, the youngest reader being only ten years old. The atmosphere allowed for the taboos of political conversation to become personal. People were allowed to express all of themselves, including their passions, language and culture.

“Multiculturalism is super important. For whatever reason people don’t feel it’s important. [This event] is to show how important diversity is,” Kirsten Daley, a third-year undergraduate at the University of Maine who read at the event, said. Along with multiculturalism awareness, others used their poetry reading as a stage to talk about the love and concerns for their home countries. One performer, before reading her selection about Puerto Rico, talked about Puerto Rico’s current situation, explaining the economic turmoil and lack of aid. “Puerto Rico is collapsing,” she said.

The event allowed a space for some people to think about the concerns others in their community had that were not apparent to them before. “I’ve seen people around campus, and it’s good to finally find their story,” Sean Danner, a graduate student studying French language and literature at the University of Maine, said.

“We’re really happy we had a great turnout,” Caribbean Club president and food science and nutrition student, Emily Duran Frontera, said. “We’re hoping to make ‘Words of the World’ a regular thing and raise awareness for racial and social issues that are open for all.”

Caribbean Club has also previously helped coordinate events such as Fiesta, which occurred earlier this year. The group has a Facebook page to keep students and the surrounding community updated about upcoming and past events happening concerning the organization.