Latin American students celebrate the Day of the Dead 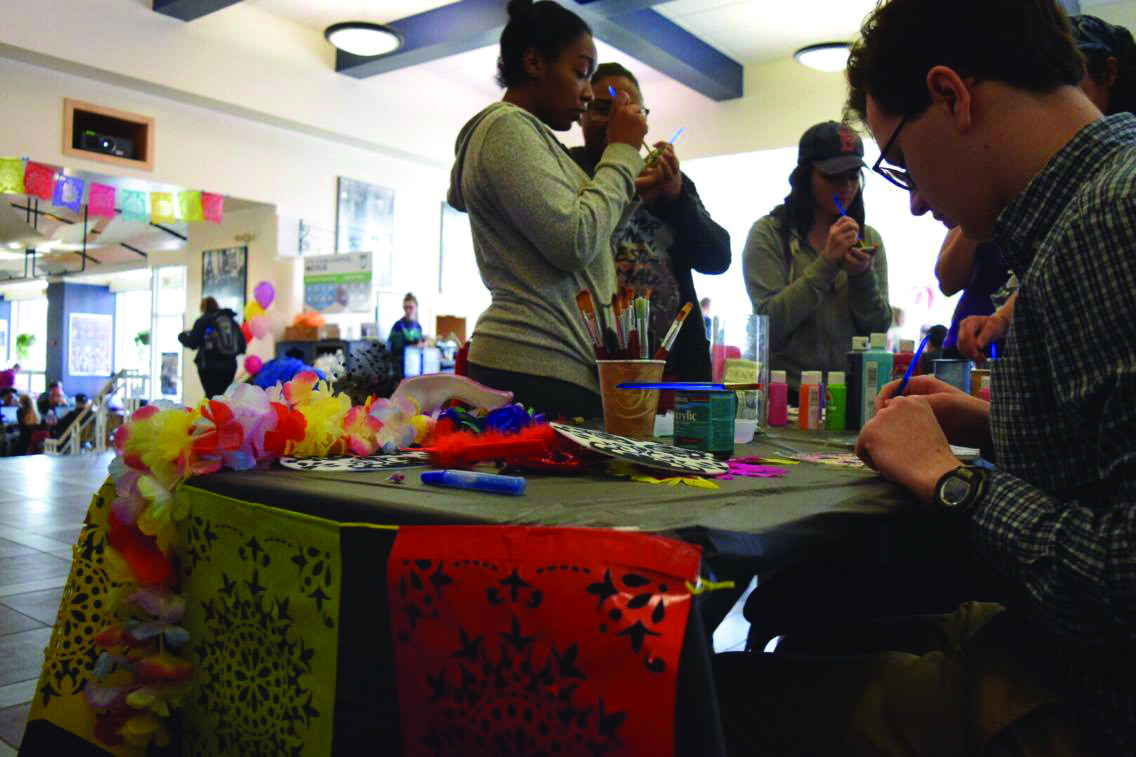 We thought the dead only came to life for Halloween, but they decided to stay for three days. On Friday, Nov. 4, the Latin American Student Organization (LASO) brought the festivities to campus as they hosted a public celebration of “Día de los Muertos” or Day of the Dead. Not only did it draw attention because of its unique meaning, but also because it was the first celebration of the Day of the Dead to ever be held on campus.

“I know that not on this campus, but at other institutions, Latin American organizations have organized something similar,” LASO advisor and director of the Office of Multicultural Student Life Silvestre Guzman said. “So when [LASO president] Daír [Cruz] mentioned that he wanted to do something similar with the group here, I was very excited but they pulled all the logistics and resources together I was just there kind of guiding them.”

On Friday afternoon, the North Pod in the Memorial Union had been transformed with decorations and the aroma of food. The representatives of the Latin American Student Organization had decorated the North Pod in colorful balloons, vibrant music, confetti paper and even a large backdrop signifying the house of the dead. Members of the organization had brought in special dishes to go along with the event. There were enchiladas, chips with a variety of salsas, rice and “arroz con leche” or rice pudding. Members of the organizations suggested foods that were familiar to their own backgrounds. Together they have backgrounds from Mexico, Guatemala, Honduras, El Salvador, the Philippines, Puerto Rico and others.

There were hundreds of students that came throughout the day to find out more about the celebration and take part in the festivities, participating in different activities and experimenting with new food. The turnout was a welcomed surprise for the students who participated in making it all happen.

“It’s a lot more than we expected, considering how small we are and new but we managed to make this possible over the past month and a half, which is crazy,” Daír Cruz said. “We had a lot of bumps in the road, but luckily it’s going great.”

The holiday, namely associated with Mexico, takes place from Nov. 1 to Nov. 2. Day of the Dead honors the dead by commemorating the lives of those that passed, not with mourning, but instead with activities such as large parties and coming together to eat and drink which the dead enjoyed in life. It is believed that on these days the dead come alive to be a part of the community and partake in the celebration alongside their loved ones.

Silvestre Guzman has high hopes for this student group and for the possibility of more events like this in the future.

“My dream is for LASO and the Office of Multicultural Student Life to make this event, like, a campus-wide celebration in the future,” Guzman said. “This is a tradition very common of Latin American countries, they [the students] have relatives from Latin American countries and I am from Mexico so when they brought up this idea of putting together the celebration, I was very excited.”

LASO meets on Wednesdays from 7 p.m. to 8 p.m. in Colvin Hall. They encourage students to join or to simply come check it out and learn more about the organization. LASO encourages students to look out for their organization’s future events as well as related events such as Multicultural Thanksgiving, which takes place on Nov. 17 in Estabrooke from 5 p.m. to 8 p.m. and the Multicultural Hunger Banquet, which will serve to raise awareness about hunger both locally and internationally. The Banquet will be held on Dec. 9 from 5 p.m. to 8 p.m. at the Wells Conference Center.