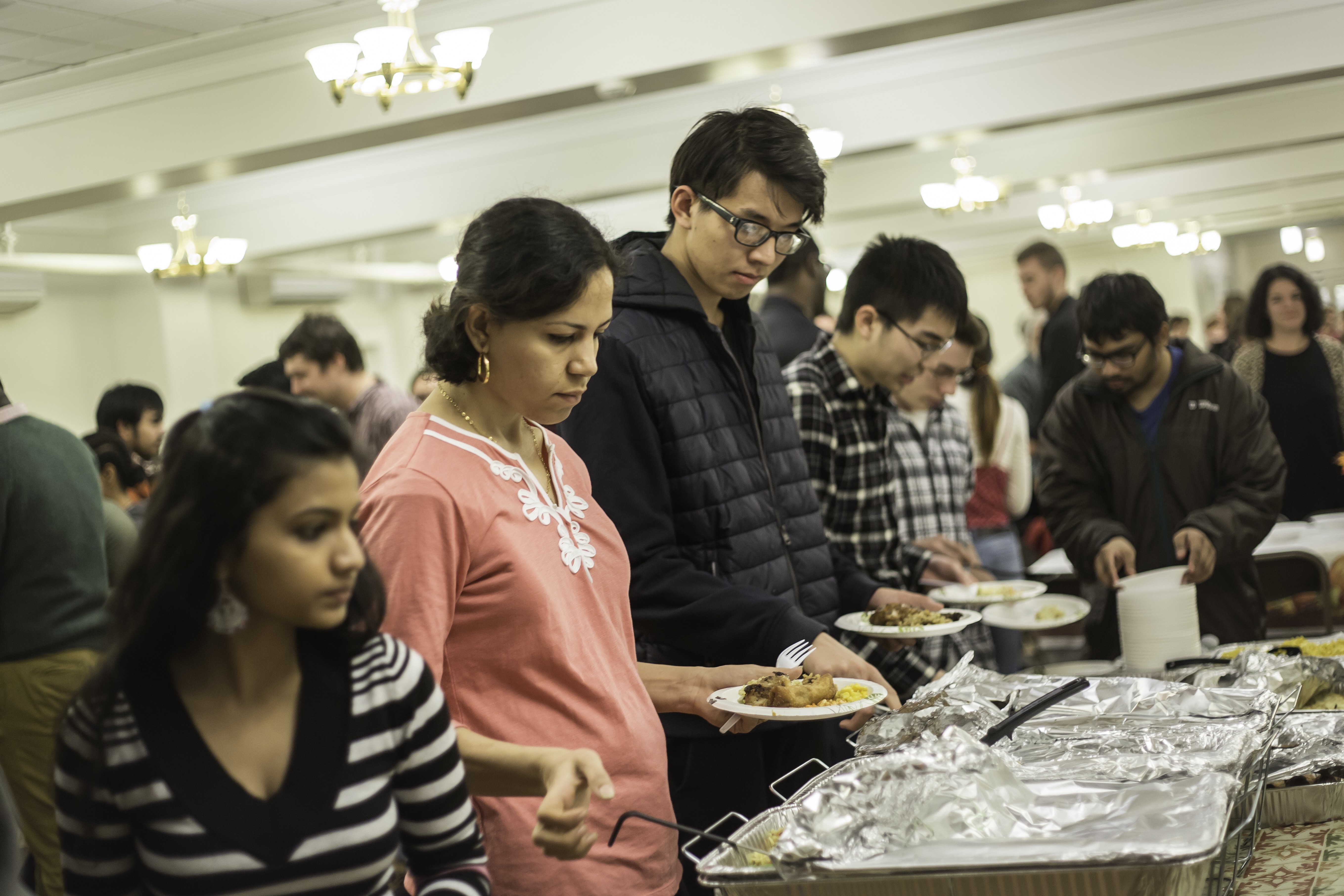 Thanksgiving is fast approaching, but for some of us, it will be our second gathering for this particular holiday. Last Thursday, Nov. 17, the Office of Multicultural Student Life hosted a Multicultural Thanksgiving in which different cultural groups on campus gathered to share food, personal stories and enjoy each other’s company.

At least five student groups on campus were able to come together the night before the celebration in order to prepare food for the Thanksgiving meal. Each group worked to make something that represented their heritage and cultural backgrounds. While they were setting up their food on Thursday, the guests that had gathered for the event were able to listen to native songs as well as hear stories from two native speakers.

The speakers each represented their own Native American tribes at the dinner. The first preformed a song accompanied by a drum that represented the gathering of friends, family and loved ones. The second described and showed how his Native people would cleanse dark matters (harsh words, actions and thoughts) before such a loving gathering so they could better appreciate time together.

Many people were looking forward to the event. “I definitely think this is a good event to have on campus especially with the aftermath of the election,” Fazeel Hashmi, president of the Student Heritage Alliance Council, said. “I think that the student population was kind of divided, and so this is great because it happened not too soon after the election that we can all come together once again and have unity being together and learning together about what Thanksgiving really is.”

Hashmi worked with the Office of Multicultural Student Life in putting this event together, as well as coordinating the different student groups. He was very excited with the turnout of the event, considering nearly 200 people attended throughout the night.

“I was sitting at my table thinking about it,” Shiraz Mahmoud, president of the Muslim Student Association (MSA), said. “All these people, they aren’t from the same race or color. Every individual in this room is from somewhere else in the world. So just seeing everyone sitting together, socializing, and the food is not traditional. The food is from all over the world, it’s nice, really nice.” Shiraz, who is not originally from the U.S., is also running for a senate position in the hopes of bringing more cultural diversity to the University of Maine Student Government, Inc. She also participated in “Culturefest” this year.

Shiraz also said that she was glad to see so many students attending the event, especially considering that during Culturefest the majority of participants were from the surrounding community as opposed to the university.

The MSA is also preparing for a week-long educational event that will be coming up next semester. More information about multicultural student groups at the university can be found on the Office of Multicultural Student Life website.

As for the food included in the celebration, with all the varieties to choose from, it was hard to pick what to eat first. For the Multicultural Thanksgiving, the MSA made burak-stuffed spring rolls and the Latin American Student Organization made tostadas, a Latin American dish similar to an open face taco, along with rice pudding. Another group made a sweet pumpkin pie tiramisu, while other dishes included a variation of pork fried rice, noodles, cupcakes, brownies, fruit tarts and many more. All of the dishes were different and some, very new. Yet all were delicious.

The Multicultural Thanksgiving is an annual celebration. Hashmi assures that the tradition will continue, although next year they will have to consider moving it to a larger location in order to accommodate the increasing number of people who attend the event each year. This multicultural event served as a great reminder that even on campus, we are surrounded and influenced by many different cultures and it is certainly something to celebrate. It also was a welcomed way to prepare us to enjoy our own Thanksgivings and school break plans.