Black Bear Abroad: Universities and castillos are just part of the experience 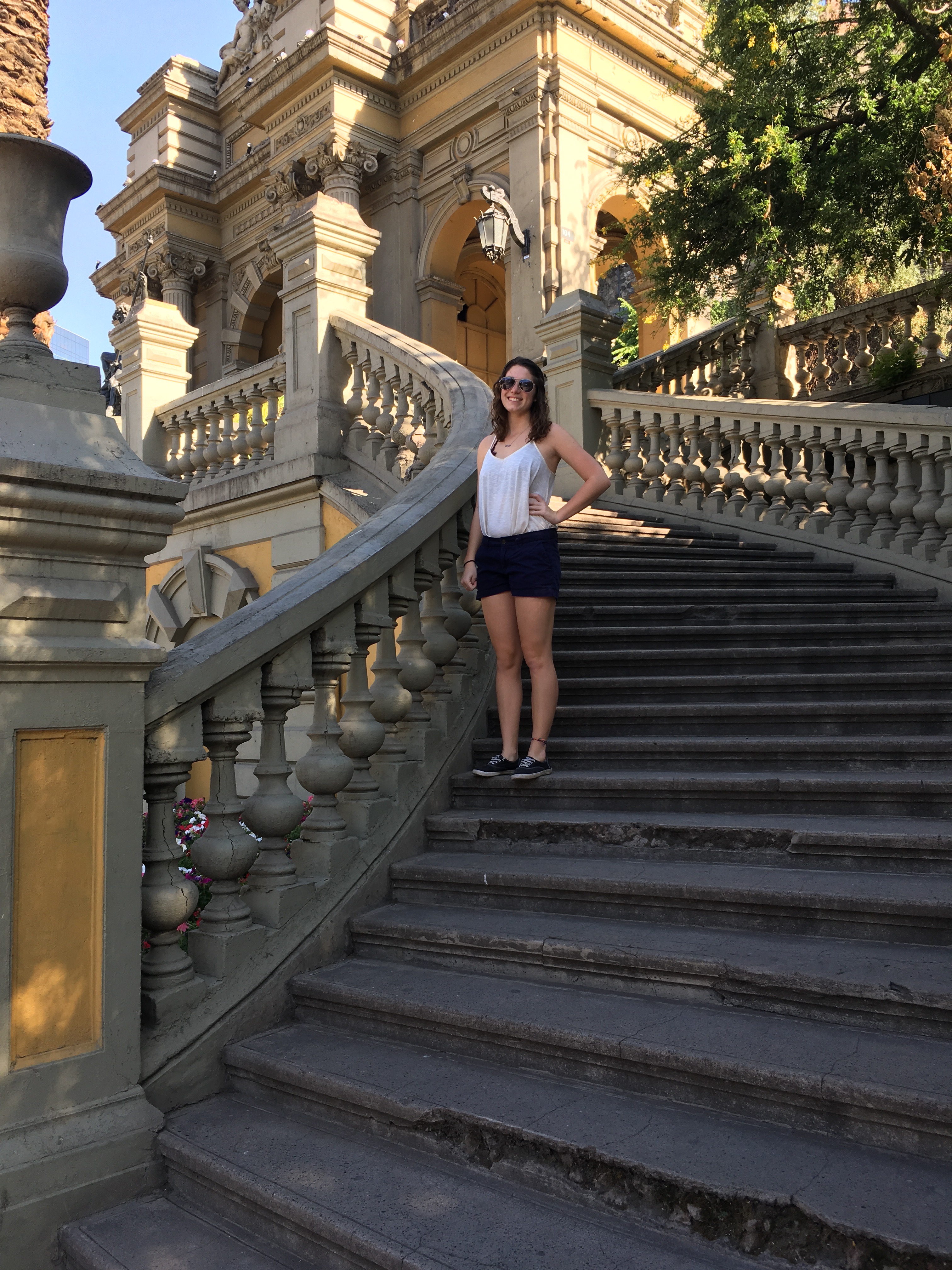 After having been in Chile for only three weeks, I’m already starting to create a routine. I wake up in the morning, take the bus and then the metro to school. A lot of students in my program don’t like this part of the day, but for me, I think it is a great place to people watch and just relax a little before getting to school.

Once I get to school I have three classes, Monday through Thursday, with a break for lunch. My favorite food to eat for lunch are the arepas that a street vendor sells two blocks away from one of the campus buildings. The arepas I eat are basically an English muffin made from corn with meat (usually chicken), beans, cheese and an avocado-based slaw mix. The dish is traditionally from Colombia, but Santiago has a lot of food from nearby Latin American countries, making it a great place to try new things.

After school gets out, I usually go get ice cream or do something with my friends. Ice cream is super popular here — and there are many different kinds. There is soft serve similar to that of McDonald’s or other chain restaurants, which is usually a little cheaper. There’s ice cream that is hard packed, but similar to what you would eat in the United States. Then there is gelato. The gelato here is probably the best frozen food on earth. You have to pay a little bit more for it, but it is definitely worth every peso you spend.

After this I usually go home, go for a run, then have dinner with my host family. My host family is made up of a mom, a dad and their seven-year-old daughter. I also live with another college student from Ohio, so for dinner it is usually the five of us. My host family is from Argentina, so a lot of the food we eat for dinner is beef or pasta (the two most popular food groups in Argentina).

The weekends have been the time when I have been able to do most of my exploring and I have yet to venture out of Santiago. During my first Friday without classes, another girl from my program and I went exploring and went to a castillo — or castle — in the middle of the city called Santa Lucía Hill. When you climbed all the way to the top, you could see the entire city.

The hill itself formed from a volcano millions of years ago. The castle was originally built by the Spanish when they came to Chile, but it has since been renovated into a park full of fountains and stairways that you could spend days exploring. It reminds me a little bit of Central Park in New York City, where you are in the middle of the city, but it seems like you are in the middle of nowhere because there is so much nature surrounding you.

The city prides itself on being a “green” city, meaning that it is full of parks and grassy areas, but Santa Lucía is my favorite of them all. Not only does it have the park, but it also has awesome architecture. There is also a metro stop nearby, so it is super accessible from my house.

The three weeks I have been here have already flown by, and it’s hard to believe that I am coming up on marking my first month here in Santiago, Chile. Everyday I end up finding something new, whether it’s a cool park in the city, a new Spanish word or a new place to get ice cream, everyday is a new adventure.

An evening of poetry at Nocturnem Draft Haus
Comedy Review: “Gabriel Iglesias: I’m Sorry For What I Said When I Was Hungry”