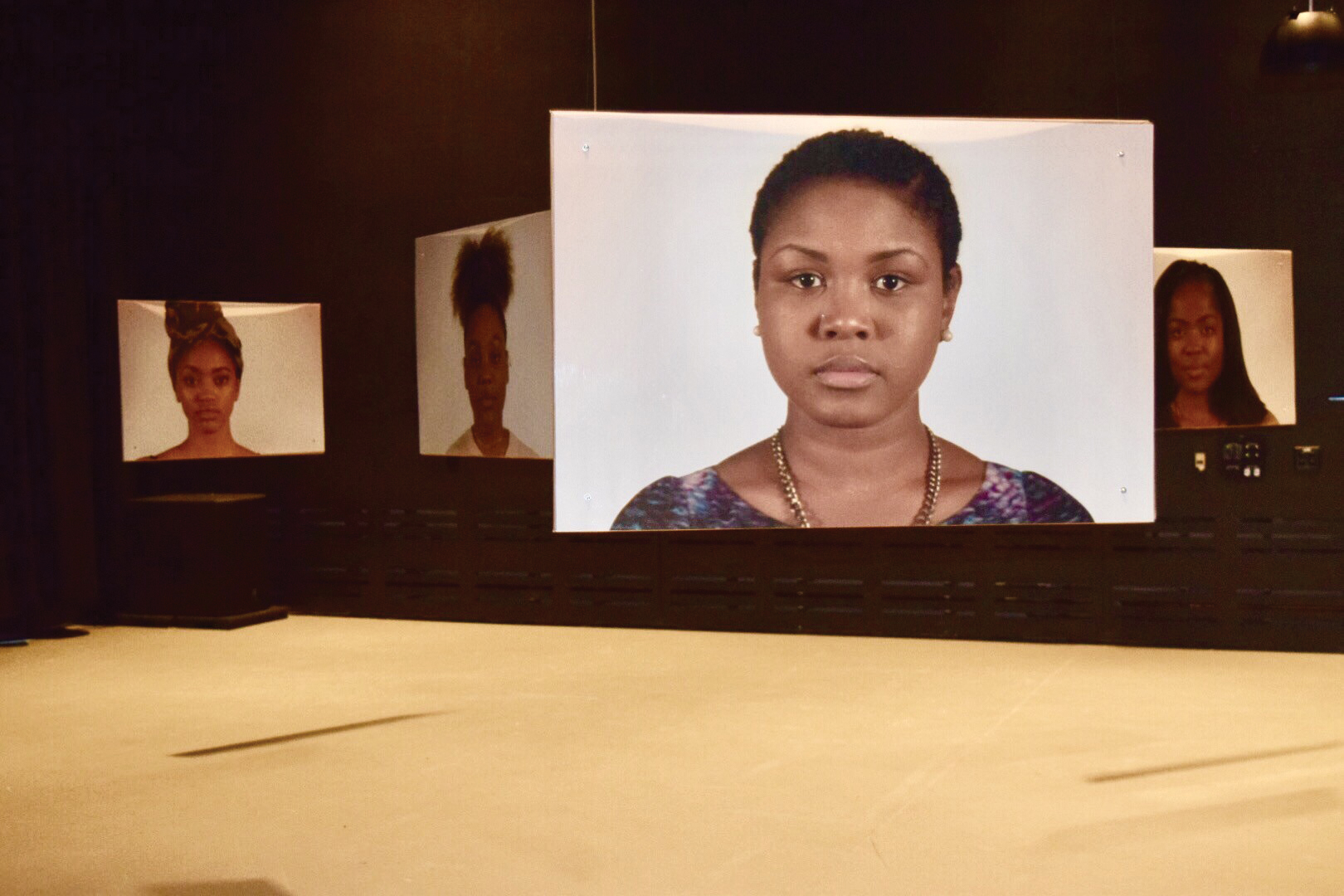 Over the course of the semester so far, the art community has been the highlight of UMaine’s cultural scene, with a great many artists coming together to show their work. This past Friday, Feb. 10, Eleanor Kipping was among those artists, presenting her latest installation titled “The Brown Paper Bag Test.”

This cultural installation was introduced by Kipping at the University of Maine’s Innovative Media Research and Commercialization Center (IMRC). This installation is also a part of UMaine’s Black History Month program.

Kipping revealed that her art was a recreation of an actual test that occurred throughout the history of the United States, but especially during the practice of slavery. She found it after her discovery of the word “colorism,” which — in short — is the practice of discrimination based solely on skin tone and can take place within and between cultures, tracing its roots back to the slave era. The test was as follows: a slave’s skin tone would be compared to that of a paper bag. If the slave’s skin was lighter than the bag, then they would have the “privilege” of becoming a house slave (most of which were abused and used to breed new slaves); if the slave’s skin was darker, he or she would be sent to work in the fields. She decided upon this project in order to express not only how this test affected people back then, but also how it can affect us in our modern day.

“This continued within the black community long after slavery was abolished and practiced upon entry to churches, night clubs, frats, et cetera,” Kipping said. “The result is that it’s still practiced today in different forms in education, popular culture, and in politics both between the dominant and minority culture and within the black community.”

In order to recreate this test she traveled to New York City where she gathered a group of volunteers who agreed to be interviewed and photographed. The physical installation has each portrait with an accompanying audio track, Kipping’s retelling of each volunteer’s individual experiences.

“The piece hangs the way it does, almost like a maze so that audiences have to ‘walk through’ and engage with the pieces to experience them,” Kipping said. “I took inspiration from installation and video artist Bill Viola.”

This installation serves as a way of both acknowledging and creating new understandings and new conversations of how our culture approaches this more “taboo” topic, as Kipping states. More than that, Kipping regards it as “a celebration of black women and their stories.”

“It’s a personal accomplishment due to the fact that I’m geographically separated from the New York black community, where much of my family lives,” Kipping said when reflecting on her work. “It’s also a reflection of my own ‘coming of race’ story which speaks much of alienation. This piece speaks of unity, and community and healing. I’m planning on moving forward into lots of performances, so while the mediums of my work might make some experimental shifts from material to my body, the essence of it what I’m exploring will stay the same.”

This installation will be open to the public from Feb. 7 to Feb. 13. It is certainly a highlight from the art exhibits that have been presented during the early start of the semester. Kipping, who has always been actively involved in the arts, leaves us with these words of encouragement, “for the black community, stay bold, stay beautiful, stay unified. For everyone else: peace and love.”