Gone but not forgotten: A look at the life of James Zimmerman

Home /Culture/Features/Gone but not forgotten: A look at the life of James Zimmerman 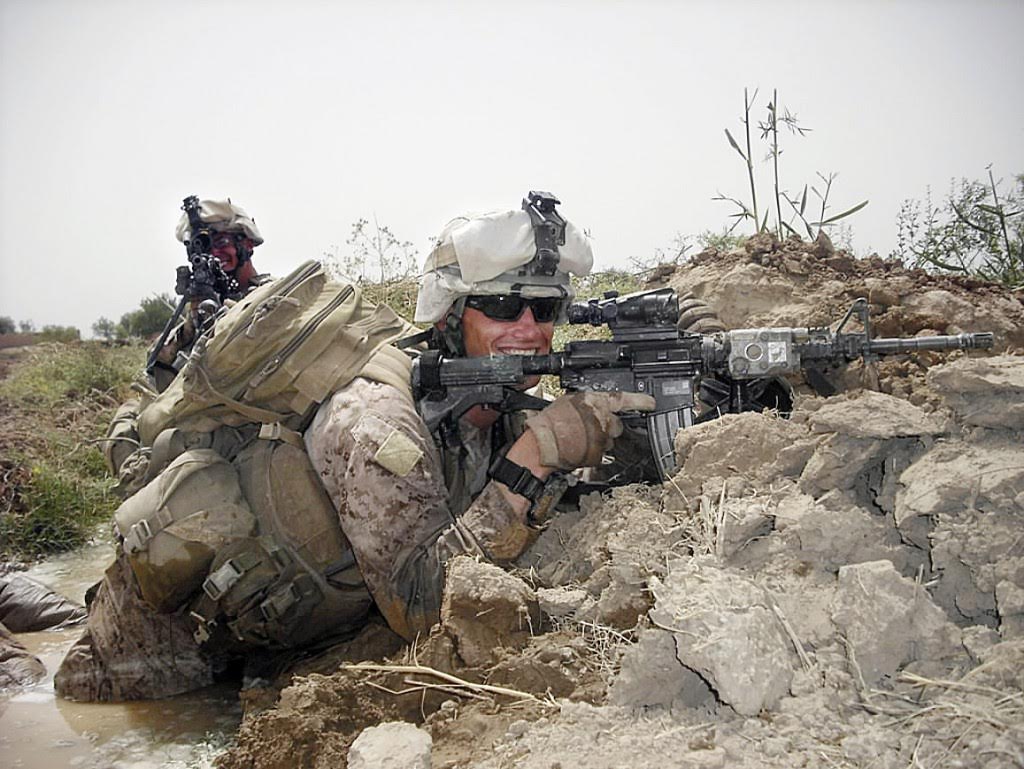 Since 2011, the annual Zimmerman Challenge has been held at the University of Maine to honor 1st Lt. James Zimmerman. A 2008 UMaine graduate, Zimmerman, 25, was killed in action on Nov. 2, 2010, while leading his marines through combat in Afghanistan. The Zimmerman Challenge is a five-hour physical event that includes running, hiking, plowing through a mud pit and a series of physical fitness challenges.

Born in Presque Isle, Zimmerman enlisted in the U.S. Marine Corps in 2003. He completed his studies at University of Maine on a highly competitive Naval Reserve Officers Training Corps scholarship and upon his graduation, he was commissioned a second lieutenant.

“We took this picture together,” Hill said, pointing to a photograph which captured her smile next to Zimmerman’s beaming face. “The absolute pride he had in that Marine uniform, he was ready to serve, he wanted to serve,” Hill said.

The glass frame of the picture is broken, but Hill cannot bring herself to replace it. Zimmerman put the picture in the frame himself.

“He meant so much to me, he still stays in my mind every single day,” Hill said. “He lead from the front. Lieutenants would follow him any place; he took care of his men and women.”

“His eyes were the most captivating blue eyes, they twinkled continuously. He could light up the whole room.”

During his time at UMaine, Zimmerman made it his mission to set a good example to those around him. In addition to being an avid hiker, he ran 5.5 miles on a regular basis and trained the Color Guard. The Color Guard is a four-member formation — consisting of the senior cadet and Color Sergeant carrying the national colors, a cadet carrying the Marine Corps colors and two rifle bearers. This traditional formation can be witnessed in military-related activities, parades and civic events.

“It was perfection when James did it,” Hill said.

“We had equal mindsets,” Captain Sean Christensen said. Christensen met Zimmerman at The Basic School (TBS), in Quantico, Virginia. TBS is where all newly commissioned U.S. Marine Corps officers are taught the basics of being an “Officer of Marines.” Zimmerman and Christensen worked together on a regular basis for six months.

“We both wanted perfection. We wanted everybody around us to achieve perfection. We did that through hard work and having attention to detail, being forward thinkers; I worked well with him, he was a great teammate to have,” Christensen said.

In 2010, Christensen accepted a job at UMaine Naval ROTC. When he heard about the establishment of the Zimmerman challenge, he immediately got on board.

“It is the greatest thing in the world to be able to do that,” Capt. Christensen said. “This challenge honors the memory of him [Zimmerman] and those who have served. You just never forget or leave behind your brothers.”

The seventh annual 1st Lt. James R. Zimmerman Memorial Fitness Challenge will be held on April 22 from noon until 5 p.m. The event will start at the Steam Plant parking lot and the race will run through the campus. Participants can register in teams of four for one of the following tiers of difficulty: hardcore for the toughest, motivated for the athletic and family for participants of all ages and abilities. A free barbecue for all participants will he held after the challenge.

The registration fee per team of students is $60. The proceeds go toward the 1st Lt. Zimmerman scholarship. Set up in his honor, this scholarship aids future graduates from UMaine Naval ROTC program.

“It was fun to do it together with friends; we saw each other struggle and pushed each other. It’s for a good cause,” Gallant said.

After completing the challenge, Gallant shared that him and his teammates felt a great sense of accomplishment. He is planning on taking part in this year’s challenge as well.

If you would like to register for this event, please visit the 1st Lt. James R. Zimmerman Memorial Fitness Challenge Facebook page where you can find the registration link.

A Black Bear Abroad: In Chile, every day is Valentine’s Day
Bebe Rexha is telling us why “It’s All Your Fault” with her debut album