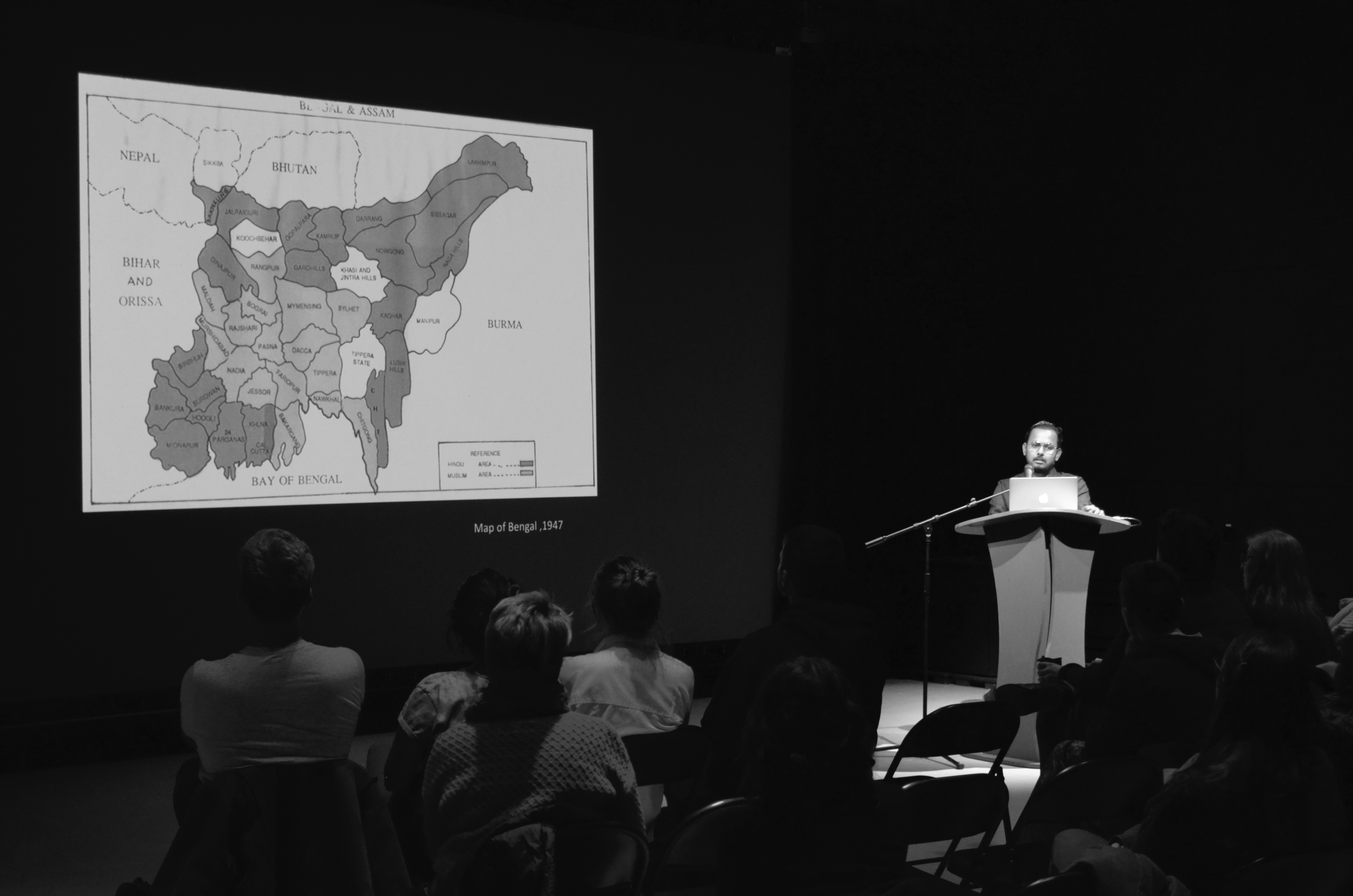 The Innovative Media Research & Commercialization Center (IMRC) kicked off its Spring 2017 artist lecture series, known as Tuesdays at the IMRC. This series features visiting artists of various mediums, faculty presentations and performances. Last Tuesday, Jan. 31, the IMRC artist in residence Ali Asgar opened the series with a presentation titled “From the Land of Rising Sadness.”

A native of Dhaka, Bangladesh, Asgar is an artist who focuses on printmaking and live art. His work touches upon the issues of gender, sexuality and social taboos. Asgar gained his Bachelor of Fine Arts in Printmaking from the the University of Dhaka. He participated in major group exhibitions including the Dhaka Art Summit and the Kolkata International Performance Festival.

In his work, Asgar often draws inspiration from his personal conflicts. He regularly uses his own body as a canvas for art expression. Last February, Asgar completed his performance series titled “Shameless” at the Edward M. Kennedy Center in Dhaka, Bangladesh. “Shameless” is an exploration of social views about shame, eroticism, sin and gender roles.

“How a body reacts to the space and interacts with another body, that is the core value of my work,” Asgar said.

Asgar held several controversial performances in the streets of Dhaka.

“I wanted to make buzz with my work. Provocativeness was unpredictable in Bangladesh, that’s why I wanted to do that,” Asgar said. “I do not want to be labeled and be predictable.”

Unfortunately, avoiding labels was unavoidable for Asgar. Person of color, queer, trauma survivor, foreigner with a Muslim background — these are just a few of the labels that were put on Asgar.

“I found that I became a character. People wanted to get entertained through my work,” Asgar said.
After realizing that, Asgar decided not to do explicit and provocative performance.

“I started to rethink how I perform. Before, I was dominating my audience’s mind and space. But now, my actual space is about human interaction. The audience is important to me, I imitate their energy through my body movement,” Asgar said.

For Kiana Thayer, listening to Asgar’s presentation was like a breath of fresh air.
“I loved it,” Thayer, a second-year art history student at UMaine, said. “It was powerful and strong. Him doing this sort of art in Bangladesh, where social norms do not allow for that type of expression is extremely powerful.”

Thayer’s favorite form of art is activist and protest art, especially art that speaks out against societal normalcy. A lot of the art that Thayer produces has political and social messages behind it. Thayer shared that she does not feel scared about consequences of her work.

“Growing up in the U.S. has allowed me to make anything without limits and fear of getting backlash. For Ali [Asgar], it must’ve been different,” Thayer said.

Asgar is an Artist Protection Fund Fellow, a program that provides grants and fellowships to artists who are facing immediate, severe and targeted threats to their lives and/or careers in their home countries.

Pursuing his passion in visual arts and performance has not been easy for Asgar. He faced criticism and hostility because of his work and queer identity.

“I have to keep moving on,” Asgar said. “I experienced lots of things for my work, police detention, rejection by galleries and family. All these things are consequences of my work,” Asgar said.

Despite the challenges, Asgar keeps making art, without the fear of suppression.

“Fear is the death of an artist. An artist should be fearless,” Asgar said.

To learn more about Ali and his work, please visit www.aliasgarart.com. Tuesdays at IMRC are free to the public.