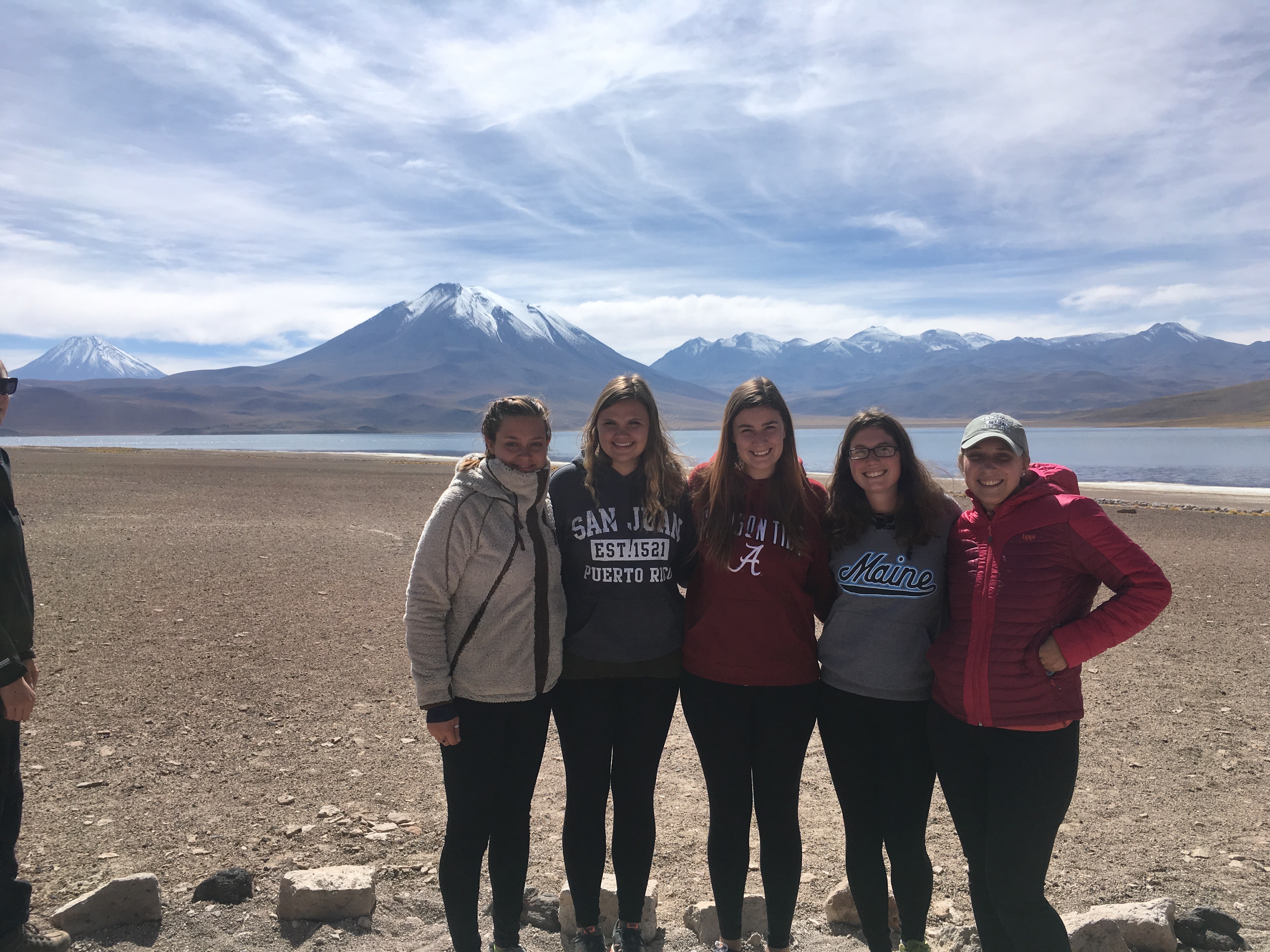 Although I have been abroad for almost four months, I am still experiencing new things here in Chile. This past week, I experienced two new things after returning from my last trip: my first national holiday (which was the taking of the census) and my first rainy day in Santiago.

During my time here, I was able to take advantage of the plethora of buses and flights that allow you to travel all over the region. I went to Valparaiso and Vina del Mar, Cajon del Maipo, Buenos Aires, Argentina, Torres del Paine, Chiloe and finally San Pedro de Atacama.

The Atacama desert is the driest non-polar desert in the world and is a popular destination for people in Chile, as well as worldwide. Going there, I didn’t know exactly what to expect. I have been to the Southwest of the United States and seen the deserts there, but I did not know if the Atacama would be like that. It had some similarities to the deserts in the Southwest, but it was also very unique. It has massive areas covered in salt, which look just like snow drifts sprinkled all over the desert. It has geysers and lakes that are some of the most beautiful I have ever seen. It is one of many places that I have visited in Chile that was completely deserving of all the hype it receives. Although it was clearly a tourist destination, based on all the people trying to sell souvenirs and tours, it also had a small-town feel from the small houses that look to be made of stone or clay and the unpaved roads. It was an amazing place to be my last big adventure of my study abroad experience.

Although this was my last trip, I also had some significant firsts this week as well. The first was on Wednesday when Chile had their census. Unlike the U.S., where the census is done over time, the census in Chile was all done in one day for the entire country. The city—and the country as a whole—basically shut down for the day and people were not allowed to leave their houses until the census person had come to their house and recorded their responses. Although I am not a permanent citizen of the country, I was still counted in the census as an “extranjero” or foreigner. I was asked questions about how long I had been in Santiago, where I was from, what I was doing here and where my parents were from. Besides getting information about the people, the census also recorded information about the houses or buildings that they live in, including what they were made of. In one of my classes, we learned that the last census that Chile took was messed up and so this census is especially important for the country. Even the president took part in the census as a volunteer going house-to-house polling people.

The day after the census was another first for me in Santiago: a rainy day. There was one day when I was in another part of the country when it rained in Santiago, but for me this is the first time that I saw rain since I came here on Jan. 5. This is normal for Santiago and it was interesting to see how everyone here reacts to the rain.

For the most part, it was business as usual, with the one exception being the lack of people. On my metro and bus today, it seemed much emptier than normal and it all made sense when one of my teachers mentioned that here in Santiago people freak out when it rains. She said there were some people who don’t leave their house when it rains, saying that it is too cold and wet to go outside. This fear could also be seen in all the people on the streets selling umbrellas. Usually, there are tons of vendors selling food and fashion accessories and while some of them were still there, many of them were absent today, replaced by men and women selling umbrellas—ironically huddled under an umbrella themselves.

While I am partaking in so many of my final experiences in the city, a huge part of studying abroad is continually experiencing new things. Although I am only here for a week and a half more, I have no doubt that I will have some more firsts mixed in with my lasts.

Film Review: Superchargers kick in for “The Fate of the Furious”
Community remembers Lt. James Zimmerman with annual fitness challenge