A Black Bear Abroad: Stereotypes don’t hold up in Santiago 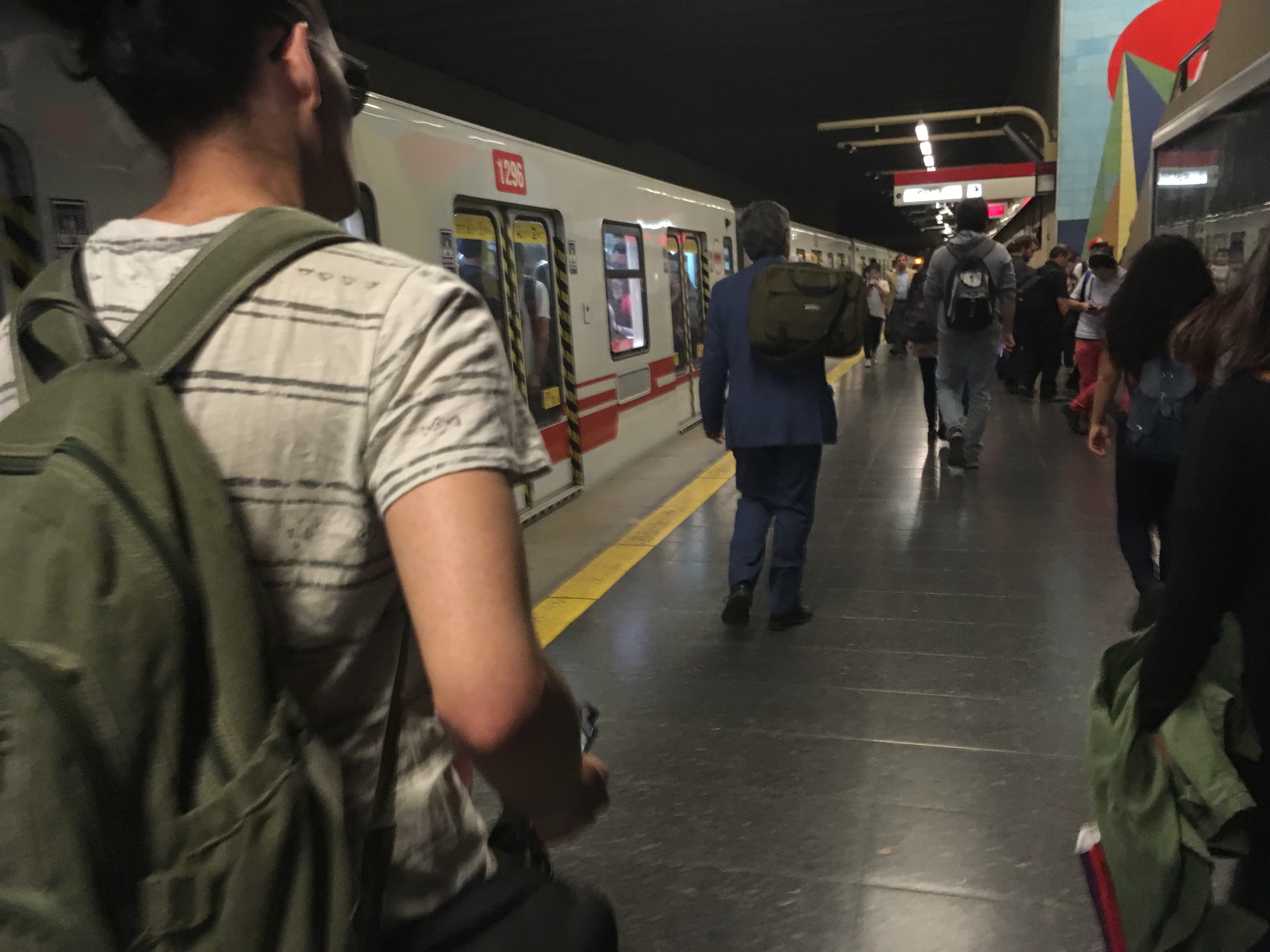 After having lived in Santiago for three months, I have completely accepted the notion that, for the most part, the people living here have a cold demeanor and are generally standoffish at first. On the bus or the metro it is rare to have people smile at you or talk to you, as everyone just does their commute plugged into their phones. For the most part, people just mind their own business and go about their lives.
This is not unlike most cities, though. Usually, in association with the faster pace of life comes the brisk and brusque attitude that cities are infamous for. I thought that Santiago was the worst of them, all until an experience I had changed my life.

It was getting dark the other night and a friend and I were walking back to the metro from having dinner at an Indian place around the corner. During the summer, it was not uncommon to be dripped on by an air conditioner unit in the window of an apartment, so when we felt water drip on us we didn’t think anything of it at first. That was until the woman behind us started yelling at us. We turned around thinking that one of our backpacks were open or something was wrong with her. After a very confusing conversation in Spanish, we realized she was trying to tell us that the “water” we had felt drip on us was actually a bird in the tree above us pooping on us.

Instead of just ignoring this, like so many people in the city have a tendency to do, this woman and her husband got napkins from a nearby street vendor and helped us get the bird poop off. It was an overall gross experience, but it was a reminder that even though Santiago is a city, there are still nice and caring people here.

Another example of this can be seen on the metro and bus. Most the time, the public transportation is fairly crowded unless it is early in the morning of late at night. This means that most people end up standing, holding onto the rails and, at times, holding onto the people around them. The limited seats available are almost always taken, but no matter how full a bus or metro is, if a pregnant woman, anyone with young children or an elderly person gets on, people move to give them seats.

And it isn’t just once in awhile that this happens, it is all the time. I have never seen someone who looked like they were having trouble standing or could potentially have trouble standing have to stand for more than a second. Even on a packed metro, I have seen people work together to make sure a mother holding a baby or an elderly gentleman has a place to sit where they can safely make their commute. This might not be unique to Santiago, but it always strikes me how a city that can at times seem so cold, is so considerate.

Similar to these examples, when you go to the grocery store, the respect for the line is an interesting aspect. At some grocery stores in the city, people are vicious in their desire to check-out and leave the store, but at the grocery store near my house it is different. If someone needs to get out of line for any reason, whether it be to get something else off the shelf or put something back or virtually any reason, the rest of the line respects their position. One time I had gotten in line and realized I forgot to get some fruit. It took me two minutes to pick my fruit and when I came back and got in my old place in line people told me to move up to my old spot.

It is interesting how even though Santiago may have a reputation of being such a cold place with little consideration for other people, in reality there are many examples of concern and care in everyday life.

“It’s On Us” Rape Culture Workshop discusses privilege and power
Album Review: “Lifer”, MercyMe’s newest album, to be added to their popular collection