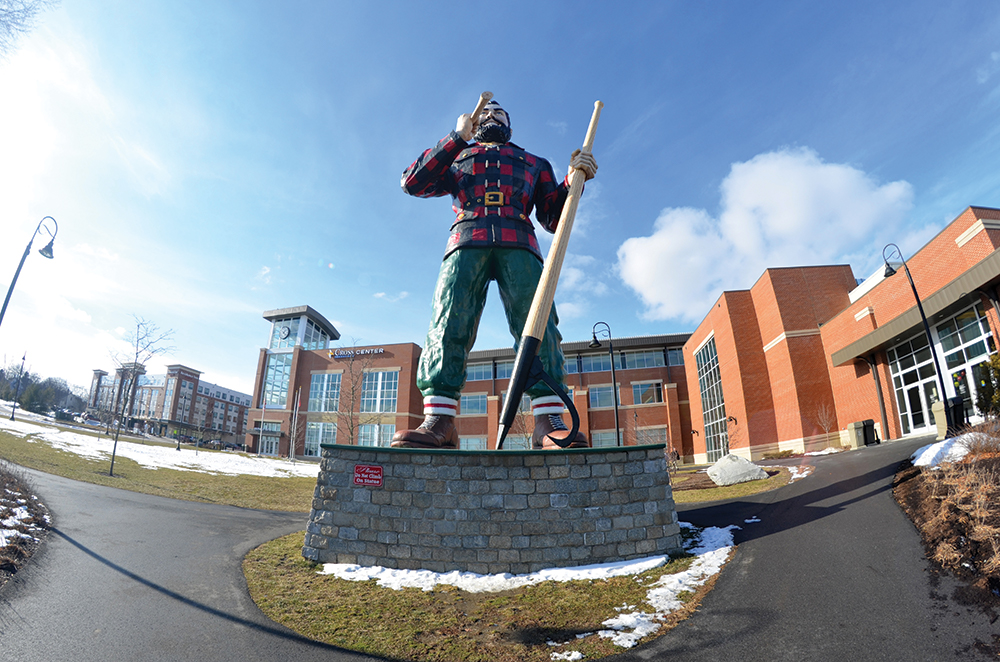 The second annual UMaine Student Symposium was held at the Cross Insurance Center in Bangor on Monday, April 24. Scholars from a variety of disciplines displayed posters and gave presentations on their research.

The event was open to the public and began with an opening ceremony at 9 a.m. Over 1,000 graduate and undergraduate students participated, nearly double the number that attended last year’s symposium.

Sebastian Ventrone, a UMaine electrical engineering alumnus, gave a keystone speech during the Fellowship Luncheon Ceremony at noon. Ventrone has worked as a microprocessor designer, won the Francis Crowe Distinguished Engineering Award in 2015 and holds over 200 patents.

Presentations were judged by a panel based on the topic of the research, its real world applications, the presenter’s depth of knowledge on the topic and his/her ability to relate the research findings to the project’s question.

Among the presentations at the symposium were international business students presenting the tourism projects they have been working on all semester. Each group focused on a country and created a booth that showcased that country’s culture and other information relevant for tourists.

Jesse MacDonald, a third-year marketing student, was assigned to the group studying Chile. “We were kind of serving as a tourism department for them [Chile] to try to get people to learn about the country…we did a lot of research into what it’s like now, what it’s like to live there, if you want to go there what are the requirements…it was cool to have so much information about so many different countries,” MacDonald said.

“We have been researching, collecting decorative garb and food for our booth, so to finally get the chance to see it all come together was awesome and so rewarding,” Durrah said.

The Honduras booth also featured a virtual reality headset that gave attendees the chance to see Honduras without ever boarding a flight.

“We gave them the chance to step inside of the ancient Mayan ruins…the countryside and a mountainous area. Honduras is 80 percent mountainous so that experience was very representative of what you would see,” Durrah said.

Presentations began at 9:15 a.m. and went until 2:15 p.m. with a one-hour lunch break at noon. After a short break, the symposium featured workshops which were followed by a reception, awards ceremony and poster cleanup.

MacDonald offered one final piece of advice. “Go on an empty stomach, because one or two laps around the international section, you’ll have about a five-course meal,” he said.