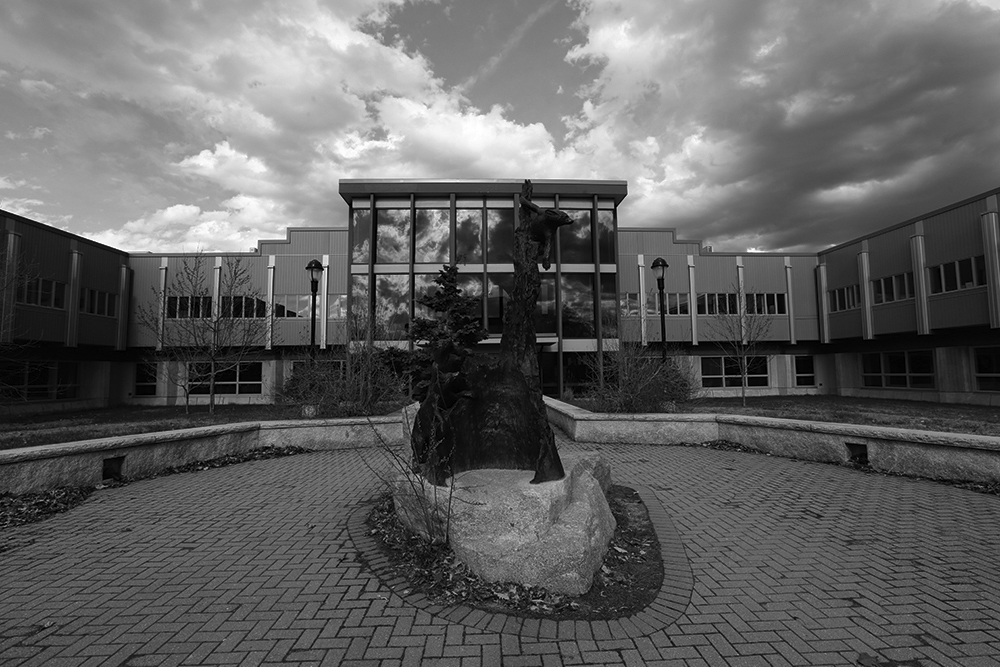 The run brings together students, faculty and community members who are eager to support a cause close to home. Registration fees ranged from $10 to $20, helping support the Student Subunit Outreach and Education Fund. The group plans to utilize funds raised to start marine biology centered programs in local middle schools and high schools.

Betsy Barber, a wildlife ecology Ph.D. student at UMaine, was running the event. “We plan on using the money to fund squid dissections,” she said, “and we need money to buy the squids and supplies.” The proceeds will be used to establish dissection programs in high schools.

The run was a fun celebration of athletics and philanthropy, with many community members bringing along their dogs and young children. A golden retriever puppy, named Jimmy, could be seen weaving around the start line, while one runner brought along her giant Irish wolfhound to run alongside her for motivation. One ambitious runner even ran whilst pushing his young daughter in a carriage the whole way. A group of middle school kids came dressed as different characters from Finding Dory, sporting tutus and personalized t-shirts.

Most runners found out about the run through Facebook, like fourth-year marine biology student Sameera Salame, who described the run as “a fun alternative to working out.”

Each runner qualified for a raffle ticket to enter into over 10 different raffles, ranging from local restaurants like Verve, the Boomhouse and Woodmans, to outdoor equipment stores like Alpenglow Adventure Sports, Ski Rack Sports and Old Town Archery & Survival. There was even a gift certificate to the University Bookstore and a white water rafting experience offered, courtesy of Maine Whitewater Experience.

The run also offered special prizes to anyone bold enough to dress as a fish in honor of the Salmon Spawn Run. Many runners took this to heart and could be seen waving their hands in a fish like motion when crossing the finish line.

Roughly 50 runners started and finished the race, and spectators cheered on each and every finisher in a show of support and community. The race wasn’t as competitive as it was encouraging — and most runners took it as an opportunity to challenge themselves while raising money and awareness to a local cause.