Ferguson to lead UMaine Football as a first-year starting quarterback 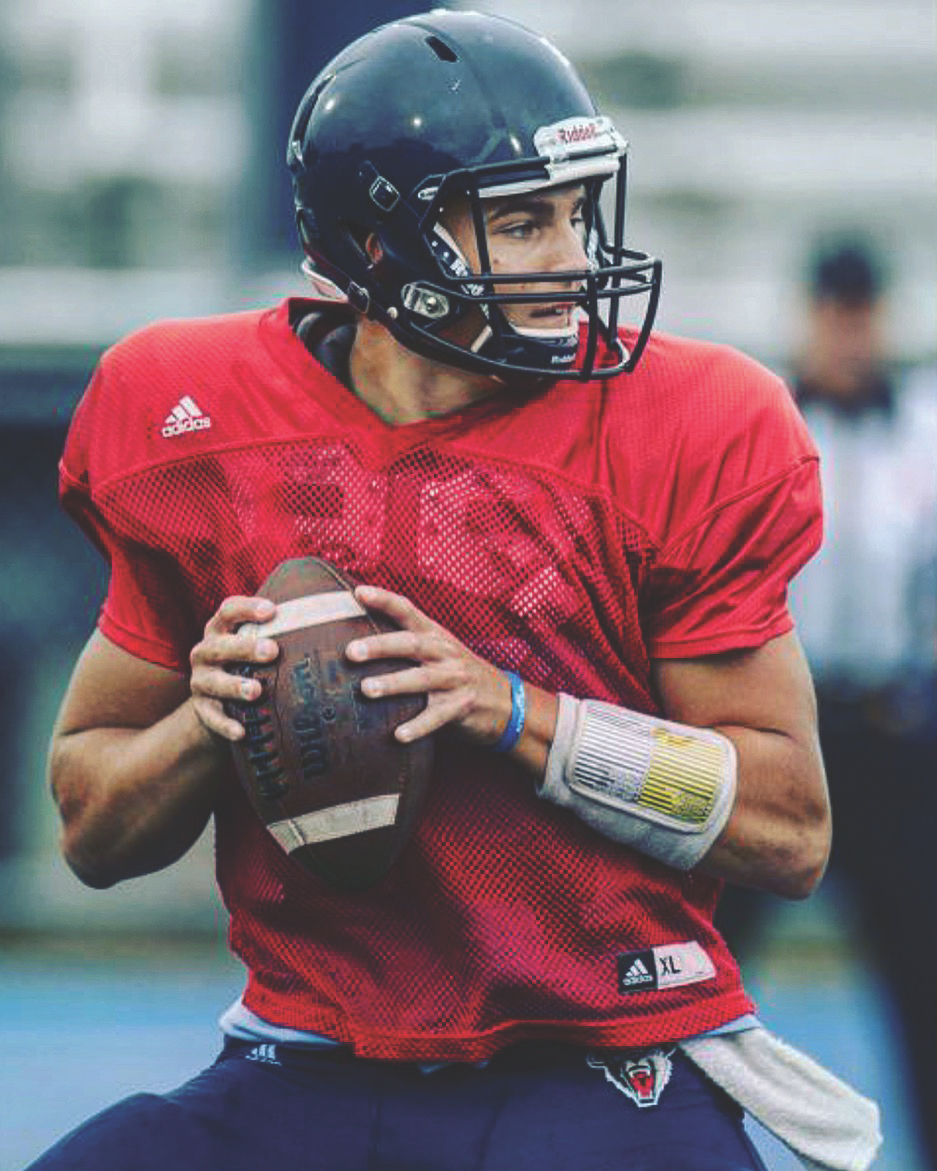 The University of Maine recently named first-year student Chris Ferguson as the 2017 starting quarterback on the football team during summer training, which came as a surprise of many. The position opened up as their previous quarterback, Dan Collins, graduated. The team is coached by Joe Harasymiak.

Ferguson, a Fort Washington, Pa, native, stands at 6 feet 4 inches tall and 220 pounds. He was up against third-year Drew Belcher, fourth-year Max Staver and first-year Isaiah Robinson for the position. Ferguson is a redshirt freshman, meaning that he is considered a second-year academically and a first-year athletically.

While football is one of the main reasons that Ferguson chose UMaine, he added, “The weather is great, and the campus is cool. The atmosphere at the games is awesome. It’s a good place for me, and it’s nice to get away from home. I have relatives nearby in Bar Harbor, so I’ve visited Maine before.”

During summer training, Ferguson showed that he had both the athleticism and the leadership abilities to confidently represent the team as their starting quarterback. In an article published by the Portland Press Herald (PPH), Liam Coen, Maine’s offensive coordinator, said, “The biggest thing about Ferg is that he’s always been a leader, he always has the attention of the team. I’m excited about things moving forward.”

“Summer training was good,” Ferguson said. “I’ve been up here for most of the summer. It got a little lonely, but it was a great time bonding with the other football guys between lifting, throwing and conditioning.”

Ferguson talked more about his thoughts receiving the position. “I was excited to hear the news that I got the job. That was definitely my goal. At that moment, I was ready to go and prepare for that next game.” His teammates also responded well to the news. “Everyone was excited for me, both as a friend and as a player. I have their back and they have mine.”

Being the youngest of 11 children, Ferguson has been known to “act like an older guy,” according to previous teammates.

“Ever since Ferg got here, even though he was a young kid, when he’s on the field he acts and carries himself as if he’s a senior quarterback. He has a lot of maturity. He controls the huddle, he manages the offense,” Jamil Demby, a fourth-year left tackle on the team, told the PPH. “Ferguson works hard and constantly looks for ways to improve on the field.”

The season officially kicked off last week on Aug. 31 where the Black Bears took on the University of New Hampshire on the rival turf. The team lost to the Wildcats with a 23-24 final score. The season opener brought in a crowd of over 15,000 spectators and the game kept everyone on their feet until the final seconds.

“It was a tough game,” Ferguson said. “We played well and showed that we are a good team. Hopefully at our next game, we will be able to show that.”

The next UMaine football game will be on Saturday, Sept. 9, at the Harold Alfond Sports Stadium at 3:30 p.m. against Bryant University.

Splice of Life
Field Hockey scores 12 in win over Bryant