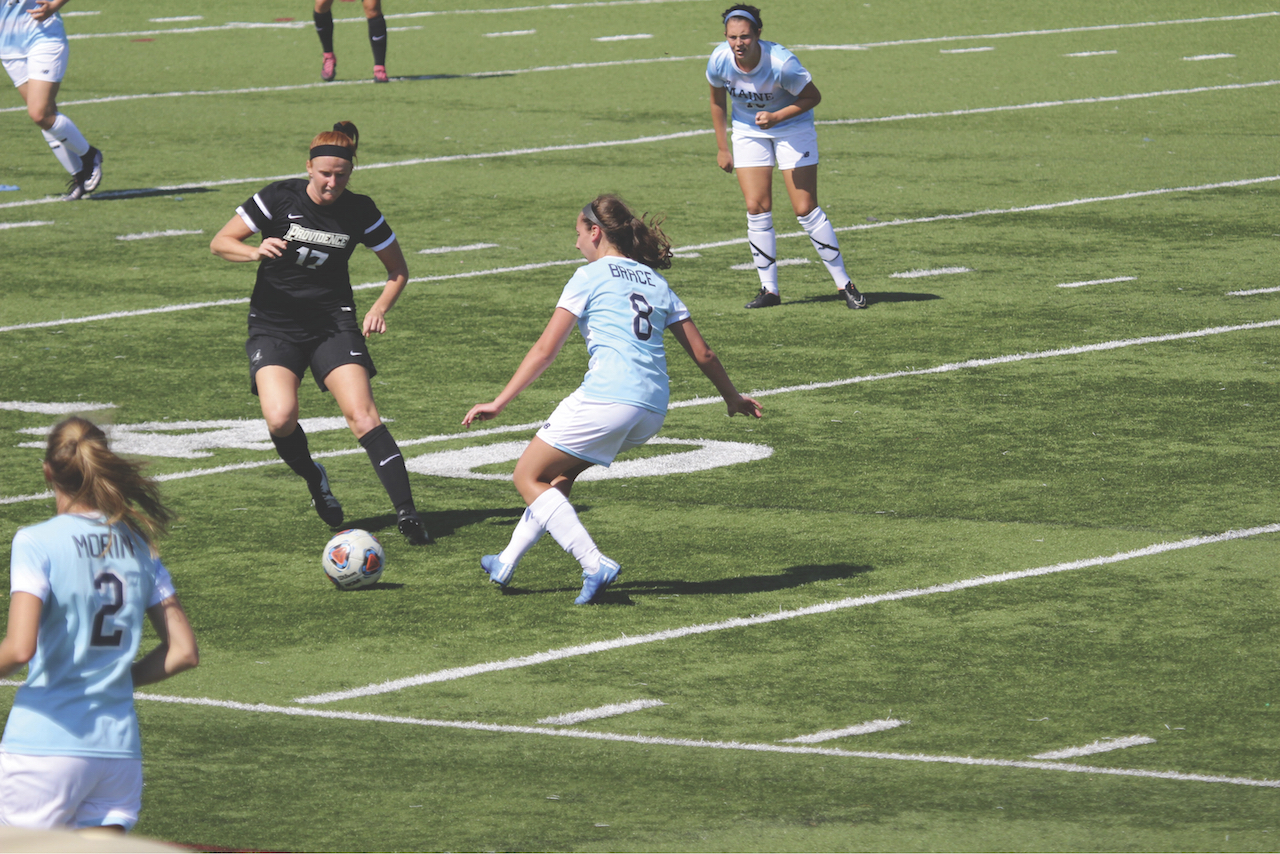 The Black Bear Women’s Soccer team (2-4-1) is full of youthful talent this season with a splash of veteran experience. But one player in particular, a second-year from Lewis Lake, Nova Scotia has emerged this season to lead the team in goals (2) and points (5) through the first seven games of 2017.

“Just to say I assisted a goal against Brown was a huge win for me especially from last year I didn’t have any assists or any goals, that was a huge win. Also, after my goal against Holy Cross I was very excited. The whole atmosphere after I scored: my teammates were so supportive and excited for me it was great.”

Brace has found herself in a bigger role during the 2017 campaign after coming off the bench in her 2016 campaign, where she only started 7 times. She has embraced her new role and one phrase, “Do your job,” often stands true for the second-year.

“Last year it was weird for me. Coming from back home, I was a player that was on the field all the time. That was another transition I had to get over and deal with. I wasn’t starting, I earned my starting spot,” Brace said.

“This year I’ve been starting every game and with that there is pressure. But I know my role and play my game.”

Brace is one of many international players who decided to take their talents to the University of Maine women’s soccer team; for Brace it wasn’t too hard of a decision.

“I personally knew a girl who came here, Maggie Malone, I came down to watch her play a couple of home games and I just kind of fell in love with the atmosphere and environment.”

Brace played for Halifax County United when in Nova Scotia, but not even that could totally prepare her for a transition into Division I.

“The intensity and demands of D1 is just demanding physically and mentally, but I think, back home, the rex program did help me,” Brace said.

Kayla Brace has shown she is a player Maine can start to rely on this season and in the couple years to come. With a young core and great promise, many fans are excited for what the future holds for Brace and her teammates.

“Our major goal is to continue to progress and get better each game. Conference games we take a lot more seriously and we want to win those and we want to make playoffs and win America East, that’s the overall goal for us.”

The Black Bears came up short 1-0 in their most recent matchup with Cornell, but Brace and her teammates will look to get back on track as they start conference play Sunday, Sept. 24 vs. Stony Brook University.