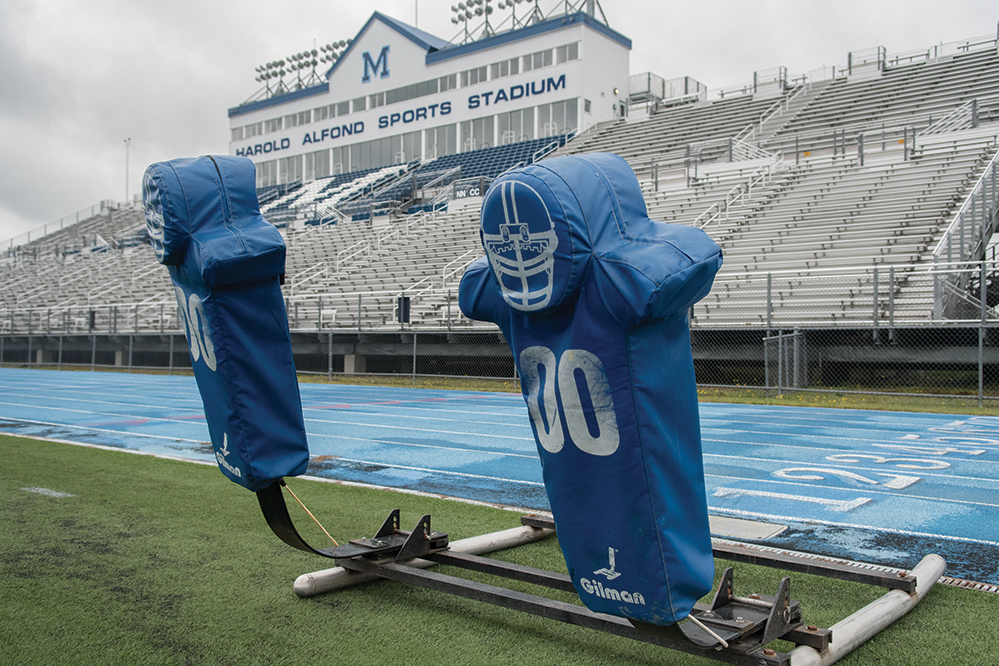 Former University of Maine defensive lineman Pat Ricard never thought he had a shot at playing in the NFL when UMaine was the only Division I school to offer him a scholarship.

Following a win over Bryant University as a Black Bear in October 2016, Ricard was named Colonial Athletic Association Defensive Player of the Week. Former quarterback Dan Collins told the Bangor Daily News (BDN) that Ricard is “the hardest working kid in the conference, without a doubt.”

Bryant Head Coach Marty Fine told the Portland Press Herald (PPH) that “he [Ricard] changed the game, at times, by himself.”

At UMaine Pro Day in March 2016, Ricard turned in a stellar performance. He put up 33 reps at 225 pounds on the bench press, a personal best. He also ran a 40 meter-dash in 5.0 seconds and jumped 33.5 inches in his vertical jump.

Ricard graduated from UMaine in December 2016 with a degree in economics and five short months later on April 30, 2016, he signed an undrafted free agent contract with the Baltimore Ravens.

Ricard told the PPH that he was disappointed that he didn’t get selected in the NFL draft.

Ricard never visited the Ravens, but did participate in workouts with Washington, San Francisco, New England, Atlanta, Indianapolis and Buffalo. However, the Ravens’ Head Coach John Harbaugh, called Ricard personally and told him that they didn’t have a seventh round draft pick to use on him, but that they were very interested.

Ricard attended the Ravens’ rookie camp in early June and was a standout from the beginning. According to the NFL Draft Scout transcripts on Sept. 1, “DT [Defensive tackle] Patrick Ricard has been one of the biggest surprises in training camp. The undrafted rookie from Maine has impressed coaches with his work ethic and versatility.”

Another post on Sept. 3 said, “DT Patrick Ricard could see some opportunities on offense,” and “Ricard could be a key player for the Ravens this season.”

Ricard has played in two preseason games for the Ravens thus far as a fullback, despite being listed as a defensive end on the roster.

In the Pro Football Talk at NBC Sports, he said he will play “wherever he has to to earn a roster spot.”

UMaine football Head Coach Joe Harasymiak told the PPH that he knows Ricard will work hard, as he has done to get where he is now.