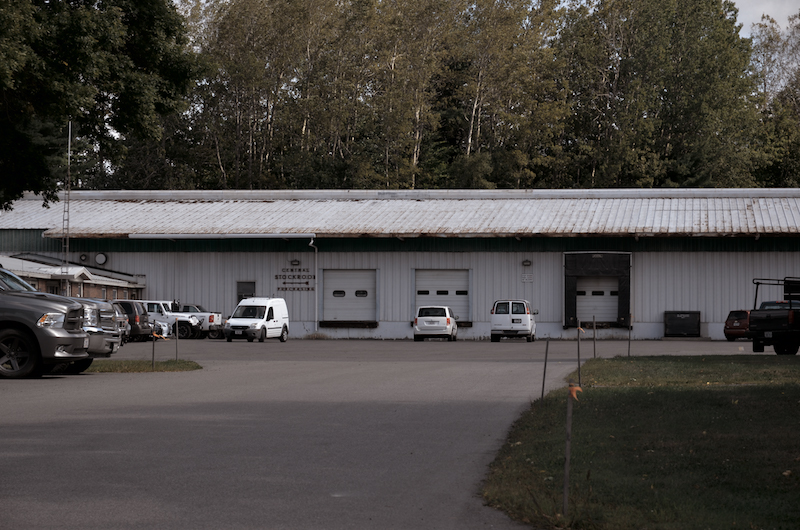 On Friday, Aug. 25, the service and maintenance workers of the University of Maine System(UMS) picketed under the leadership of their union, Teamsters local 340. The protest resulted from disagreements between the union and the UMS over the next two-year hourly wage contract.

Union representatives say there will be two more protests this semester if the UMS does not agree to the union’s most recent compromise.

According to Rod Watson, a building custodian, the Teamsters’ reason for protest is the school’s continuous aversion from the Hourly Employees Classification and Compensation Program (HECCP).

Talks of the HECCP began as early as in 2009 with a goal to “ensure internal equity and like SECCP [Salaried Employees Classification and Compensation Program], maintain a connection to the external market.” Watson said this was when the original system of biannual raises was altered from a system that took employees seven steps to reach maximum wages to 15 steps. An effort to re-categorize the Service and Maintenance employees across the UMS to fit into the new system of compensation began.

Although the new system potentially lengthens the amount of time it would take to reach maximum pay, the Union and the UMS jointly supported the effort in 2011. Union members say the UMS has deviated from that system several times since then, including in their most recent contract offer. According to Watson and several other sources within the department, the human resources department suggested that hourly employees would receive a step up on the wage schedule every two years and a 2 percent increase on top of the step.

Spencer Seekins is a service and maintenance employee who maintains the University of Maine keycard locks. Seekins states the Union’s desires simply: “we want them to stick to the steps.”

Seekins took a $5 an hour pay cut when he decided to come work at UMaine for the health benefits, but he says it hasn’t been fruitful as he expected.

“Our [health insurance] premiums keep creeping up… the pay has not,” Seekins said.

University of Maine Orono Human Resources employee James Clark seemed to think the biannual step increase was the norm for service and maintenance raises. However, the contract UMS is proposing for the next two years offers a 2 percent raise each year and a $750 one-time stipend.

The protests were originally planned to object to the half percent lost to the recent contract, but as with all protests people show up for different reasons. Sources outside and within the union mentioned rumors of employees fighting for a 5 percent raise each year of the new contract. Watson confirmed that Teamster’s President Lorne Smith was on board with a step increase and two percent raise over the next two years. Smith released this in a university statement:

“The University has offered 4% in wages over two years even though the Union has shown them that our people are far below the MEDIAN wage rates in Maine.  The Union had initially been looking for around 8% over two years to try and fill the gap.  This was rejected.  In an attempt to close the contact we modified our proposal to one step and 2% on scale which amounts to between 4.5 and 4.75 % depending where the employee sits on the wage scale.  To accept this lower wage increase we also asked for no Health care cap increase. The University is also trying to squeeze its employees on Healthcare by shifting cost to the employees or cutting benefits.”

Dan Demeritt, the executive director of public affairs for the UMS says that when looking at wages, the benefits that come with a position also need to be assessed.

“We certainly understand concerns anyone would have about how they compare to their private sector counterparts. We would point out that our employees get a benefits package that includes health care, retirement, long-term disability, paid leave, educational opportunities and a full-time work guarantee that may be different from private sector counterparts so it’s kinda a balance,” Demeritt said. “There is an hourly discrepancy based on a view of a particular employment sector but everyone who works with us, has to make those kind of assessments on their own too.”

Steve Helmke is a carpenter at UMaine who was formerly involved in the Teamsters union. Helmke has worked at the University for 28 years, but says he still hasn’t reached the maximum payment on the wage schedule.

“I’ll be retired before that happens,” Helmke says.  In his experience, the UMS has often offered two-year contracts that deviate from the biannual step pretense and has been reluctant to negotiate with the union. From 1989- 1996, the previous seven step program never moved up according to Helmke.

Watson mentioned that many of the Union workers were reluctant to protest because they didn’t want to upset the student body, who he says is their top priority and a major source of joy for service and maintenance workers.

“They care about these kids big time,” Watson said.

This is just one of six bargaining units that the UMS has been working with to reach agreements on contracts. Two of the groups have accepted the proposed two percent across the board, but the other four groups are still in negotiations. Demeritt said that while the goal is to reach agreements with everyone, they understand the reason that the Teamsters are protesting.

“We completely respect and support the union’s right to publicly express concerns about their contract, like with any group that wants to have an event on campus. We support that. We hope they get an agreement in place soon,” Demeritt said.