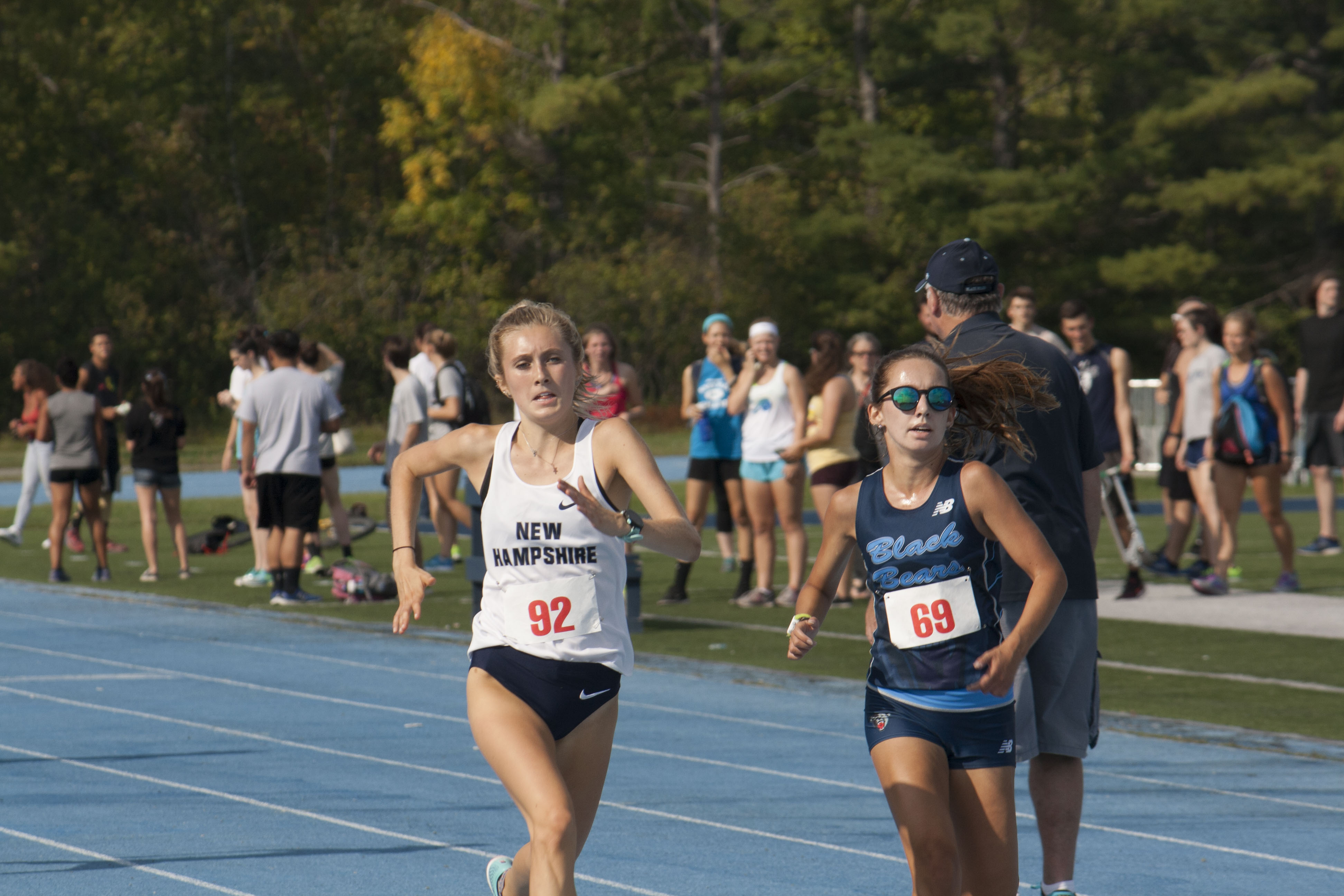 The contest consisted of a 5K for the women and an 8K for the men. In the combined events, 165 students ran for their schools. Fourth-year Elinor Purrier of UNH placed first overall for the women’s race with a 16:45.9 time. Her 5:34.5 average was also a race best. Purrier has also won each of her three races this season.

Maine third-year Kaitlyn Saulter recorded the best score in the women’s race for the Black Bears. Placing 17th overall, she ran the race in 18:19.3. Saulter shaved nearly a minute off of her race time from her last effort earlier this month at the NEICAAA Cross Country Championship in Boston. Following Saulter’s score of 17 for the Black Bears, next to place was third-year Haley Lawrence with a time of 18:36. Maine’s fourth-year Cassandra Howard placed 54th overall while first-year Emma Jourdain placed 60th out of the 84 participants.

In the men’s division, UMass Lowell third-year Paul Hogan secured a first place finish with an impressive 24:09.8 time. Hogan posted an average mile time of 4:51.8. The next best average mile finish time was 4:58.1. Hogan turned on the jets in second half of the rest of the meet. After posting a 9:44.5 for the first half, he ran the remainder of the race in 9:02.3. The next best finish for the second half of the race was 9:23.4.

In the men’s division, Maine third-year Aaron Willingham secured 5th place out of the 81 runners participating. His 5:00.3 average for the mile was the best average for the Black Bears. Next to place for the Black Bears was fourth-year Logan Moses with 18th overall.  The Messalonskee-alum, Moses managed to set a 8K personal record with a 25:45.7 in the 4.97 mile race. Third-years Daniel Lesko and Simon Powhida each placed 39th and 41st respectively in the division.