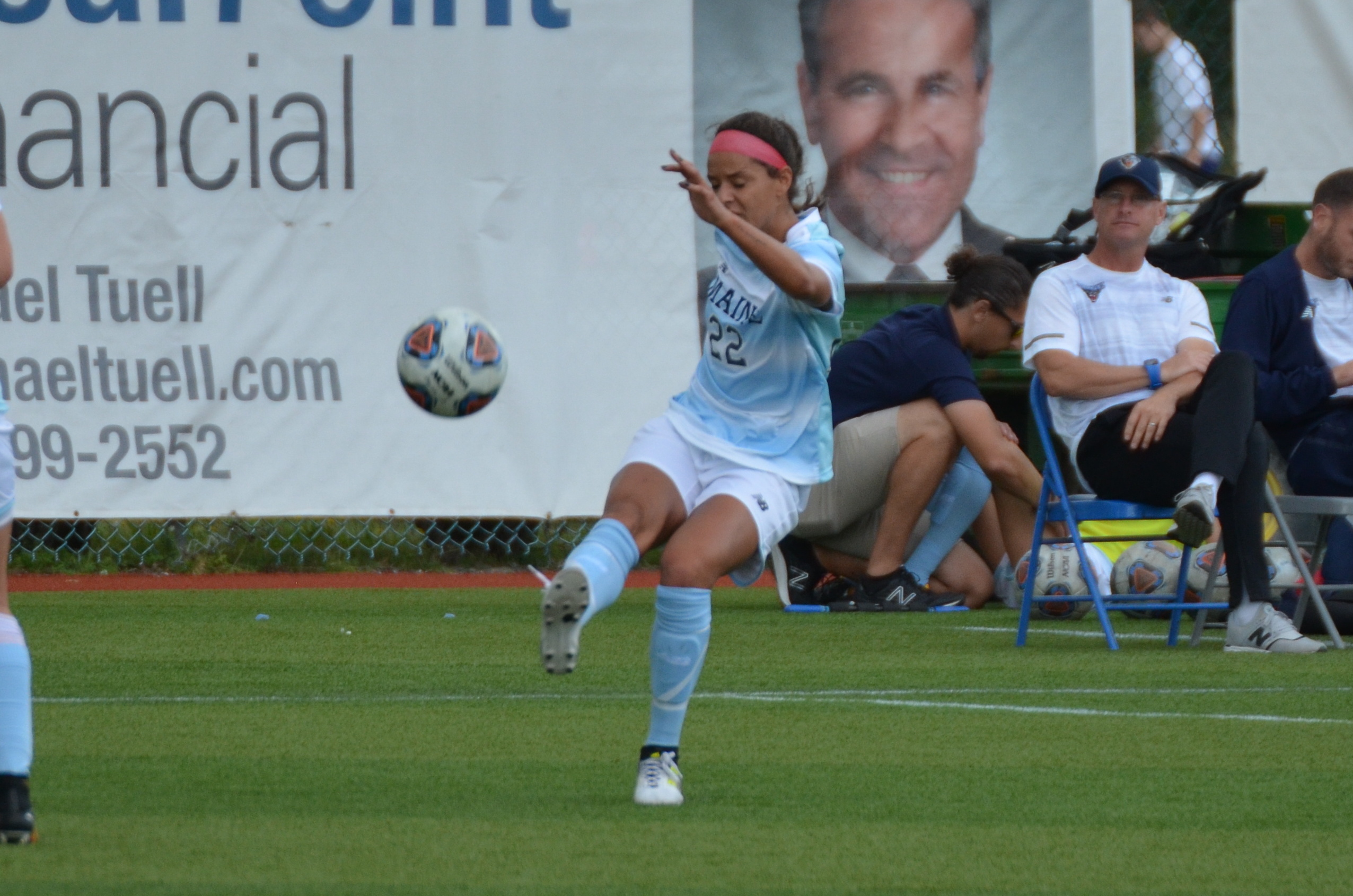 The University of Maine (4-9-1, 2-4-0 AE) soccer team traveled to Albany, N.Y. to take on the University of Albany Great Danes (5-10-1, 3-3-1 AE) on Sunday. The Great Danes annihilated the Black Bears with a final score of 4-1 assisted by third-year forward Mariah Williams’ hat trick.

The first score of the game came eight minutes into play from Albany. Williams was able to get through the defense and get it past third-year goaltender Samantha Cobotic for her first goal of the game. Third-year defender Caroline Kopp took the assist.

For her second goal of the game, Williams found the back of the net once again almost 12 minutes in. First-year midfielder Miranda Badovinac got the assist.

Just one minute before the end of the first half, Maine was able to get it past first-year goaltender Andrea Leitner for their one and only point of the game. Second-year defender Priscilla Domingo was credited with the one goal that Maine had, with third-year defender Mikayla Morin taking the assist.

The second half was dominated by the Great Danes. They scored both their remaining goals within the last 10 minutes of play.

The first was the goal that completed Williams’ hat trick. Her goal was unassisted and tallied her seventh goal of the season. She leads the team in goals scored as well as total points (14).

The last game was scored by Badovinac on a header with an assist by first-year defender Katie Gowing. This season Badovinac has scored two goals and tallied four assists in her first collegiate season.

Maine logged six shots in the first period, but just two in the second period. Meanwhile, the Great Danes remained consistent, logging seven in each period, getting two goals each half as well. For the Black Bears, second-year midfielder Emilie Anderson led the team in shots with three shots, while Williams led for Albany with five shots, all of which were shots on goal. Cobotic made four saves, while Leitner made two. This game puts Leitner’s record at 5-7-1.