“Cholo in Peru, Latino in the United States,” a lecture by Marco Aviles

Home /Culture/Campus & Community/“Cholo in Peru, Latino in the United States,” a lecture by Marco Aviles 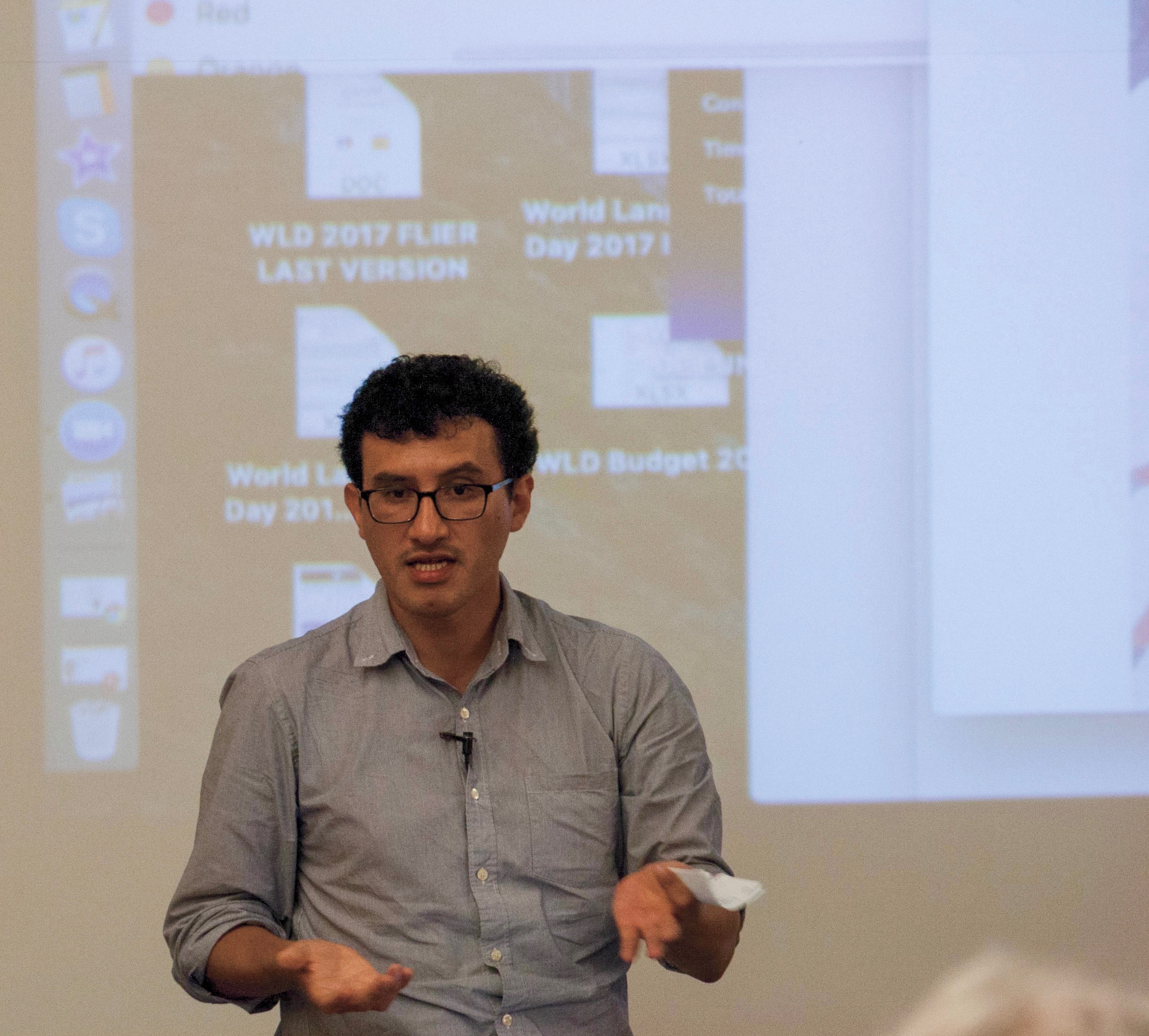 Peruvian author and journalist Marco Aviles visited the University of Maine on Thursday, Sept. 28 for a discussion of his new book, “No Soy tu Cholo” (I Am Not Your Cholo). The book is a collection of stories comparing racism in Peru to the discrimination that Latinos experience in the United States, especially central Maine, where Aviles now lives.

The lecture, titled “Cholo in Peru, Latino in the United States,” was organized by CHISPA, UMaine’s Hispanic culture organization.

Aviles’ talk consisted of personal anecdotes and stories heard from acquaintances. He works as an interpreter in the Blue Hill area, offering his services to workers on the blueberry farms. He worked with one Haitian man in Blue Hill who noticed a phenomenon he called “the look.” He was shopping for chicken at a health food store and felt so uncomfortable with the way white people were looking at him that he had to leave.

Aviles said that he has recognized the same problem living in central Maine. He described an experience of shopping in an upscale wine and cheese store and feeling the people stare at him as he browsed through.

After discussing prejudice in the United States, Aviles brought the audience to Peru. He taught them the hierarchical structure of Peruvian society by drawing a pyramid that showed three races. On the very top he wrote a series of surnames originating in northern Europe, on the middle level he wrote names of Spanish origin, such as “Hernandez,” “Castro” and his own. On the bottom of the pyramid he listed traditional Quechua names like “Quispe.” Under the pyramid Aviles drew flames to represent Hell.

He explained that in Peru, people of solely Quechua descent are seen as lesser humans than those with European or Amerindian background. Europeans are seen as the wealthiest and most successful class. Amerindians are called “Cholos,” which according to Aviles comes from either a Quechua or Spanish word meaning “dog” or “servant.”

Once the background of racism in Peru had been explained, Aviles shared that even as a successful writer and a journalist, he is discriminated against by people in his home country. He recently visited Peru to promote his book. While he was there, he went to a disco with some old friends where he was turned away by the doorman, because of what he assumed was his mixed racial background.

In the same trip he gave a talk at a local TV station. The guard at the station didn’t believe that he was really a writer and had to be coerced into letting Aviles into the building.

Aviles has two other published books. “De Donde Venimos los Cholos” (“Where We Cholos Come From”) is about discrimination against non-whites in Peru during a resurfacing of racism. “Dia de Visita” (“Visiting Day”) is about the society created in a women’s prison in Lima, Peru.

CHISPA will be holding lectures and other events for the duration of Hispanic Heritage Month that lasts from Sept. 15 to Oct. 15. Upcoming talks include “Puntos Suspensivos: A Personal Geography” by Zachary Ludington and “Sistering with Carasque: a Journey in Solidarity” by Katie Greenman.

Photo via imdb.com
Don’t go to a festival…

The UMaine Honors College Student Advisory Board hosts a bar crawl through downtown Orono on Friday, Dec. 6th to benefit the Maine Day Meal Packout event being held in May. Photo by Olivia Shipsey.
Bar Crawl raises money for…

The crew of Ocean Star on deck, taken from up in the sail rigging. Photo by Jillian Dow.
Life on a floating home:…