Valuable advice from the ‘Adulthood for Beginners’

Home /Culture/Reviews/Books/Valuable advice from the ‘Adulthood for Beginners’ 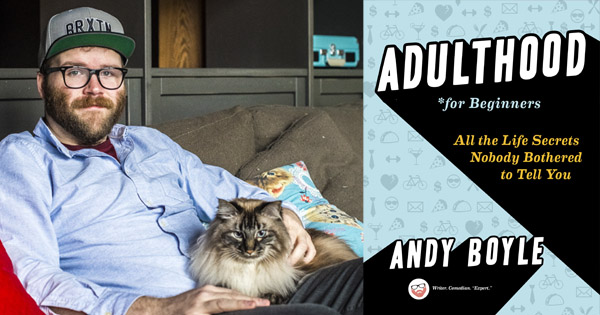 “Adulthood for Beginners: All the Life Secrets Nobody Bothered to Tell You” is quite a promising and lengthy title for a book.
This book by Andy Boyle, a writer, comedian and web developer, went on sale on May 2, 2017. Published by TarcherPerigee, an imprint of Penguin Random House, the book has since received 3.7 out of 5 stars on Goodreads.

The Chicago Tribune called this book: ”A hilarious guide to help young workers not be idiots….a guide to being an adult in the modern age.”
The topics he covers in his book are broken into six chapters, or six types of awesomeness: inner awesomeness, social awesomeness, dating awesomeness, work awesomeness, body awesomeness and next level awesomeness. How many times can one say awesome in one sentence? Seven times.

In this book, Boyle aims to tell his readers that they should treat people better. To Boyle, empathy, or not being a jerk to someone, is the most important trait one could practice and perfect.

Throughout this book, Boyle shares his personal commentary to support his answers to basic life questions. In the section on dating, he provided examples of great and not-so-great dates he’s been on as well as the ways he dealt with breakups, which probably involved listening to Nickelback, going to the arcade and eating tacos, three things he made clear he is passionate about.

The section of most insight to me was on work awesomeness. From his own experience, he lets the reader know what one should and should not do at work. College graduates have this notion of proving themselves to the employer, always trying to do more they are asked to do and finish it before the deadline. Well, if you keep that up, your employers and co-workers will catch on to your “speed of light” working capabilities and give you more stuff to work on, and you’ll eventually burn yourself out. Be a smart worker, acknowledge others’ input and let others notice your hard work — these are some of the things Boyle recommends doing in order to develop a good reputation at work.

Overall, I greatly enjoyed flipping through this book. And by flipping, I actually mean flipping, randomly, without any given order to it. This book is not meant to be read from the beginning till the end, one chapter after the other. It very well could be read like that, but the beauty of this book is that you can pick it up at any given time, at any given page, and find something of use in it.

As with all advice books, there is only so much one could actually incorporate into one’s life at the right times. There were several parts of this book that I wish I’d read before so I could have avoided certain mishaps; but, because of these mishaps, I now know how to not make them again. One can certainly purchase this book and soak up all the valuable advice like a sponge. But uncomfortable situations and “I can’t believe I did this,” moments are bound to happen to everyone. After all, people tend to learn from their own mistakes, rather than others’. It’d be ideal if it were otherwise, but life isn’t ideal, and Boyle seems to be aware of that by not taking himself or others too seriously.

Boyle’s work, including a viral piece about giving up drinking, has appeared in Esquire, the Chicago Tribune, The Boston Globe, The St. Petersburg Times and The New York Times Regional Media Group. In addition to working on screenplays and performing comedy, he teaches digital storytelling at Columbia College in Chicago. You can find him online at andyboyle.com 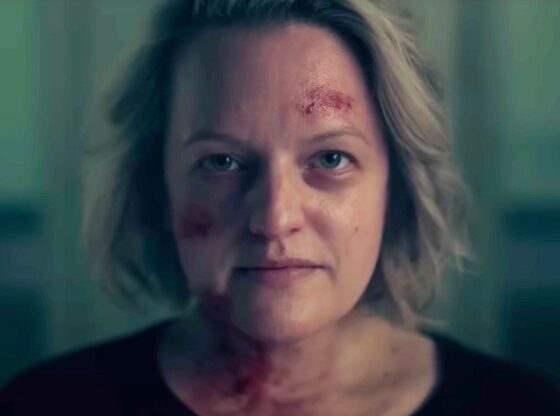 Photo via Collider
Blessed be the cliffhanger “The…

Photo via TV Insider
How many seasons of ‘Grey’s…

Photo Via Consequence of Sound
The enthralling story of The…