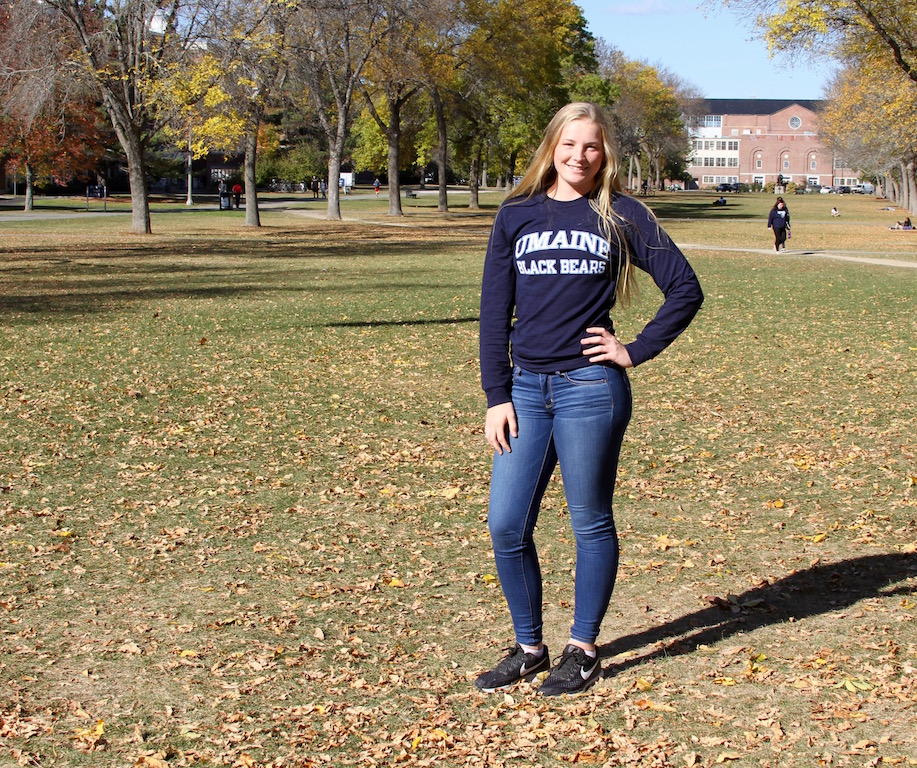 “My community is not very diverse. We’re this small rural town community…Just the sheer number of people here is something to get used to,” first-year Jordan Miner said.

Coming from the small town of Baldwin, Maine, near Sebago Lake, Miner’s graduating class from high school was only 87 students. Coming to the University of Maine, the biggest thing she noticed was the diversity that the school holds, especially when comparing it to her home town.

Although it’s different from her hometown, coming to UMaine in the first place wasn’t a hard decision to make.

“I live in Southern Maine, so in-state tuition was a factor and my dad was an advocate for UMaine as well, and their engineering program is very strong,” she said.

Miner’s family lives just two and a half hours from UMaine, so she enjoys being closer than she would have been at a different school.

Coming in, Miner has already jumped right into life on campus. During her first semester here, she has already joined the bioengineering club as well as the equestrian team.

Miner is on the club portion of the team, which is not as big of a commitment as being on the show team, but she still gets the opportunity to ride.

“We ride over in Dover-Foxcroft. I just ride either once a month or once every two weeks,” Miner  said.

The bioengineering club has done different activities throughout the semester. Last Saturday, Oct. 21, the club members went to hike at Acadia, something Miner was looking forward to. Despite being from Maine, she hasn’t been to the national park since she was younger.

This wasn’t her first hike of the semester either.

“I went to Katahdin over Columbus Day weekend. I didn’t hike to the top because it was so cloudy that you couldn’t see anything, but it was still fun hiking,” she said.

In addition to her involvement in club activities, Miner has also enjoyed attending hockey games.

“I love hockey and meeting all the new people. I’ve made some really good friends here,” Miner said.

Miner has big expectations for UMaine. She is studying bioengineering and is a student in the Honors College.

“I’m used to the chaos of it, but it’s still a lot to juggle with engineering and honors,” she said.

When talking about bioengineering, Miner said there are many different places you can go with it, from designing prosthetics to modeling systems that can detect cancer. She is also planning to have a minor that will help her specialize in what she wants to do. Currently she’s thinking of a pre-med concentration and a minor in electrical engineering.

Miner plans on doing research with her advisor next semester to learn more about her field and get some experience doing different things.

“I’m excited to see what my major holds. Bioengineering is such a broad spectrum that there are so many things. I’m just interested to see where it brings me,” Miner said.

‘Me Gran Bags Quicker Than That’
Splice of Life VII