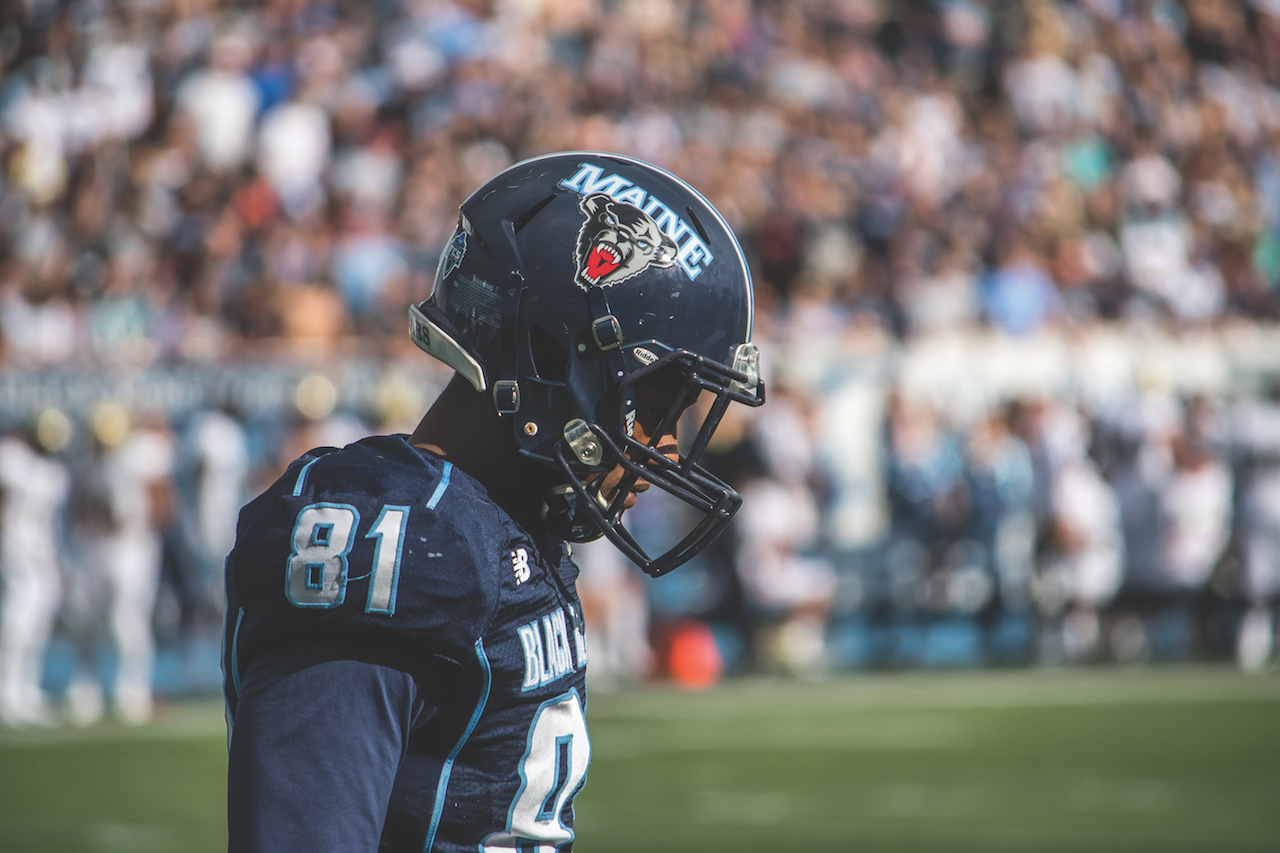 The University of Maine football team (4-5) was back in action on Saturday, taking on a Football Bowl Subdivision opponent in the University of Massachusetts Minutemen (3-7) as part of the 2017 Fenway Gridiron Series. The Black Bears would fall 44-31 in the first meeting between these two teams since 2013.

The Minutemen wasted no time getting on the board. Redshirt third-year quarterback Andrew Ford completed each of his first three passes for 77 yards, including a 33-yarder to first-year wide receiver Jessie Britt for the touchdown to put them up 7-0 just a minute and a half into the game.

The Black Bears wasted no time answering. On the ensuing kickoff, second-year returner Earnest Edwards was off to the races, returning the kick 95 yards for the touchdown to tie the game 7-7 not even two minutes in.

UMass kept the fireworks going on their very next drive, as Ford found third-year receiver Andy Isabella for a 69-yard touchdown on second and 23, putting the Minutemen up 14-7 with 11:32 to go in the quarter.

Pass interference calls on consecutive third downs kept the UMass drive alive before Ford found Isabella for the second time in the game, this time from 12 yards out in the back of the end zone, putting the Minutemen up 21-7 with 1:02 to go in the first.

UMass ran their unanswered scoring streak to 17 when redshirt fourth-year kicker Logan Laurent nailed a 41-yard field goal to put the Minutemen up 24-7 with 10:20 to go in the second quarter.

After Edwards made a great return, Maine came right back. Redshirt first-year quarterback Chris Ferguson connected with second-year receiver Jaquan Blair for 29 yards on a second and 20 to put the Black Bears into the red zone. Two plays later, Ferguson scampered in from nine yards out to cut the score to 24-14 UMass with eight minutes to go in the second.

Maine’s defense stepped up with 3:26 to go in the half. Third-year defensive lineman Connor Walsh tripped Ford up in the end zone for a safety. The original call of a fumble was overturned by official review, and the Black Bears cut the deficit to 24-16.

Maine opened up the second half with a strong drive, mixing the pass and run very well, with Ferguson finding his receivers after struggling to do so in the first half. Mack bullied his way in from one yard out for the touchdown. The Black Bears converted on the two-point conversion with Ferguson finding redshirt third-year tight end Drew Belcher to tie the game at 24 with 10:00 to go in the third quarter.

The Minutemen struck back as Ford found Isabella in the back of the end zone from 14 yards out to run the score to 31-24 with 2:42 left in the third.

UMass forced another turnover as third-year cornerback Lee Moses intercepted a Ferguson pass down the sideline and returned it 70 yards for the touchdown. The extra point was blocked, but the damage was done as the Minutemen went up 37-24 with 1:08 left in the quarter.

Mack, after getting stuffed play after play, finally got the seam he needed and scampered in from 37 yards out for the touchdown. The run was set up by a 47-yard connection between Ferguson and Belcher.

After holding the Minutemen down, Maine lost massive yardage through penalties. On fourth and five, Ferguson found Blair for nine yards, and UMass was called for a targeting penalty. Unfortunately the Black Bears got called for an illegal shift to replay the down, and failed to convert on the replayed down.

The Minutemen put the final nail in the coffin when third-year running back Marquis Young turned the corner and bolted in from 33 yards for the final score of the game.

Ferguson took the reins after a little squib kick gave the Black Bears excellent field position. He was knocking on the door, but could not capitalize, turning the ball over on downs from the UMass five-yard line.

Ferguson finished the game 16 of 41 for 232 yards and two interceptions. Mack crossed the century mark for the seventh time this year, finishing with 110 yards on 22 carries. Ford went 21 of 39 for 355 yards and four touchdowns, connecting with Isabella eight times for 152 yards and three of those touchdowns.