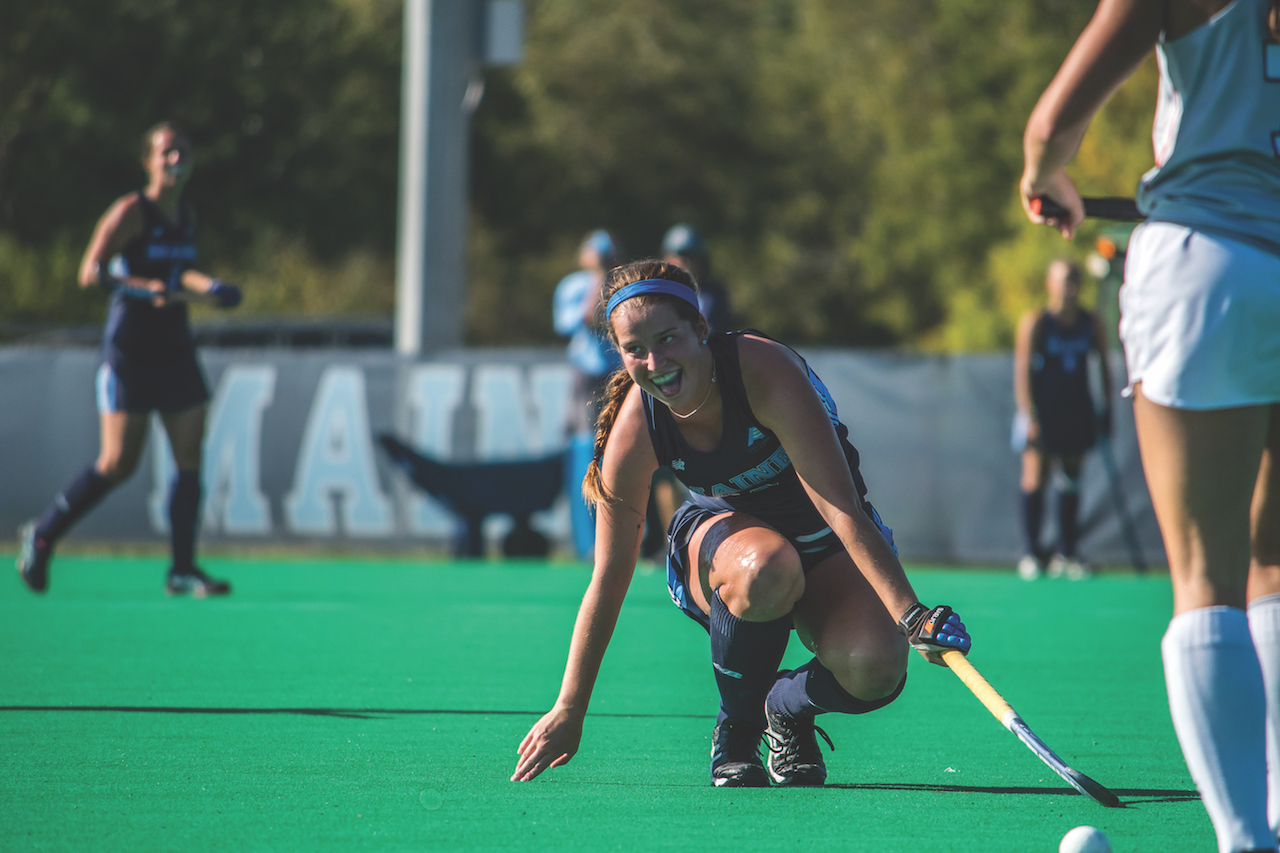 The No. 25 University of Maine Black Bears (12-6) couldn’t complete the comeback bid against No. 24 University of the Pacific (10-8) Friday afternoon at the University of Massachusetts Lowell campus. The team fell 3-2 to the Tigers in a close America East playoff game.

Pacific got off to a roaring start, netting their first goal only three minutes into the game. Fourth-year midfielder Savannah Burns sent a pass to second-year forward Krieke van Wyk, who was able to get the ball past fourth-year goalie Emma Cochran. Van Wyk and Burns are both standouts for the Tigers. The South African native van Wyk was named America East Offensive Player of the year, and Burns was awarded America East Midfielder of the year.

Van Wyk was not done flashing her talent, though. In the 19th minute she assisted third-year Rylee Comeau on a goal, giving Pacific a commanding 2-0 lead.

The two goals were the only shots on net in the entire half for Pacific, but the Tigers would head into the intermission with all the momentum.

In the second half the Black Bears began to show some life on offense. Third-year standout Libby Riedl scored on second-year Brianna Rickers’ shot, which hit the post and bounced directly to her. The goal came five minutes into the third period.

As the game progressed, Maine became more aggressive, sending a barrage of shots toward the net. They converted again in the 58th minute, when Riedl rifled a shot to the left of the goaltender to tie the game up 2-2. The play was set up nicely by third-year midfielder Casey Crowley, who stole the ball and passed it up ahead to Riedl.

The goal gave Riedl nine on the season and also upped her point total to 28, which is the highest on the team.

With three minutes to go in the game, van Wyk and Burns proved why they were both honored by America East. Burns assisted van Wyk on her second goal of the game. It would turn out to be the game winner.

Maine fought hard in the final three minutes of the contest, but failed to get any shots to the back of the net.

On the game each side tallied 10 shots. Pacific finished with five shots on goal while the Black Bears had four.

Fourth-years Madison Cummings, Emily Corbett and Cochran played their final games as  Black Bears. The trio lead UMaine to a (54-27) record in their four seasons on a team. The squad will have some voids to fill with them departing.

Overall on the year Maine ends with a (12-6) record. This is the seventh straight season the Black Bears have racked up at least 10 wins.

As for Pacific, they will play again on Saturday, Nov. 4 at UMass Lowell as they square off against No. 18 Stanford. The game is set for an 11:30 a.m. start.