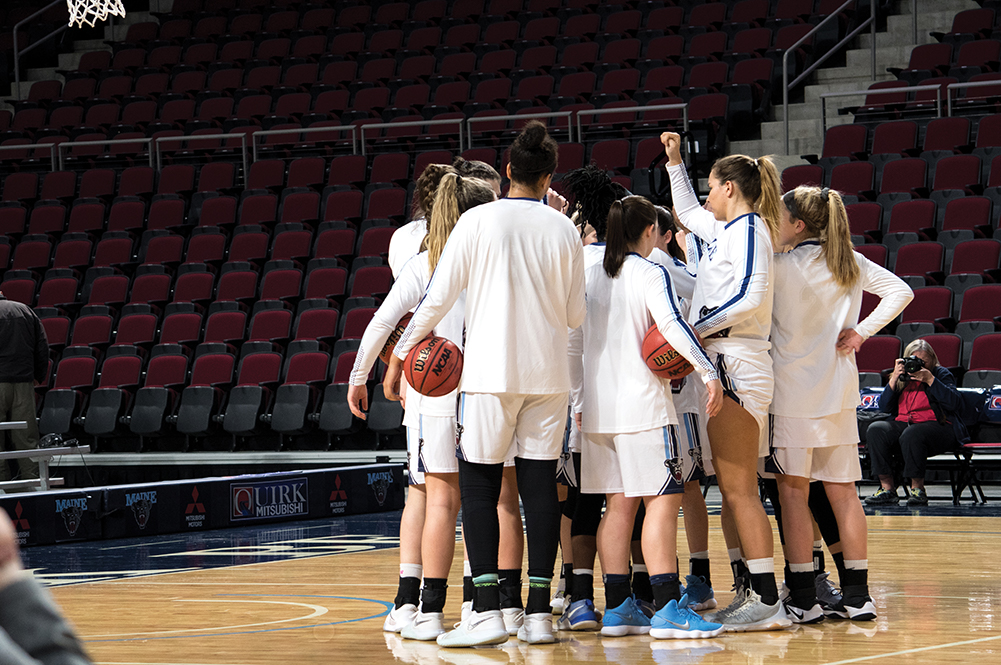 The Black Bears women’s basketball team (6-4) was back in action, destroying the Maine Maritime Academy Mariners (3-2) 89-49 in a clash at the Cross Insurance Center in Bangor, Maine, on Tuesday night.

The Black Bears opened up the game by going on a 21-8 run through much of the first quarter. Second-year guard Blanca Millan got things started by draining a three-pointer on the very first shot of the game.

The second quarter saw slowed-down scoring action, as Maine would eventually build their lead to 25 points, taking a 48-23 lead into halftime.

Third-year forward Alayne Felix was a bright spot for the Mariners in the first half, going six for six from the field and finishing the half with 13 of the team’s 23 points. She also finished the half with three rebounds.

Maine pulled it together shooting wise in the half, going 18 of 32 as a team, including nine for 17 from three-point range. Millan led the Black Bears with 16 points on six of eight shooting.

Maine Maritime would outscore the Black Bears 20-14 in the final quarter, but by then the damage was done.

Felix would be the only Mariner to reach double figures, finishing with 21 points on 10-15 shooting. She also finished with five rebounds to go with the 21 points.

Maine had four finish in double figures, with Millan leading the charge by scoring 24. Redshirt third-year guard Tanesha Sutton and first-year guard Kelly Fogarty each finished with 13, and second-year guard Julie Brosseau with 12.

As expected, Maine dominated in many offensive aspects. They outscored MMA 36-13 off the turnover, blanked them on the fastbreak, 14-0, and outscored the Mariners in the paint 32-24.

Maine Maritime would be back in action against Castleton on Friday.