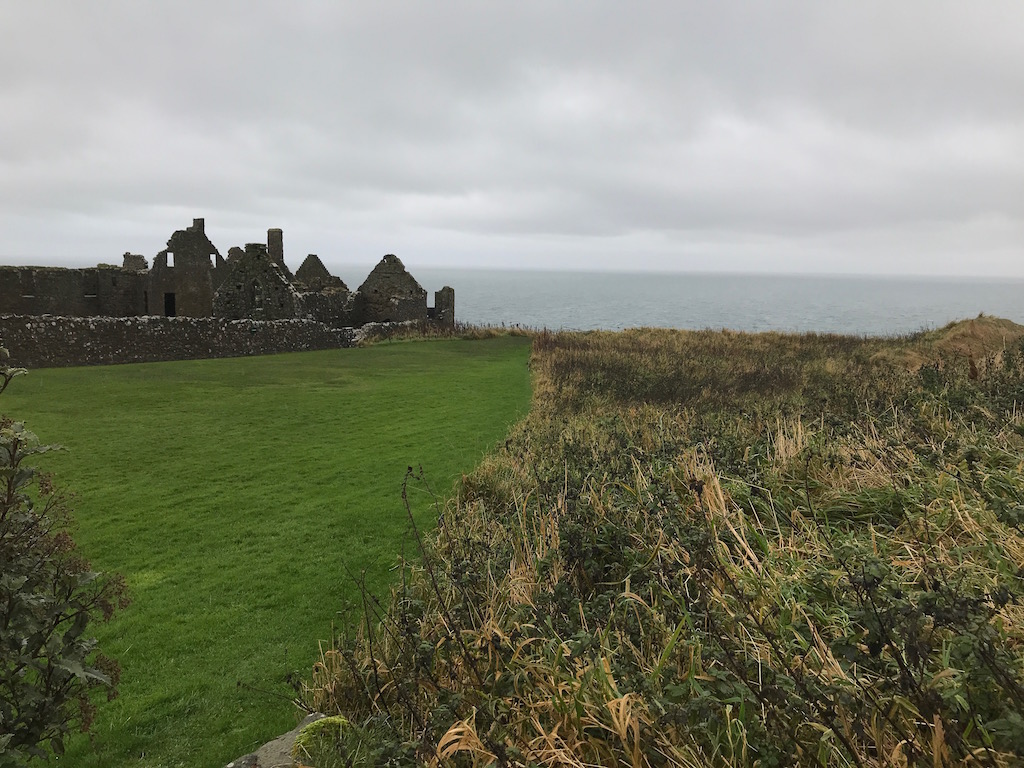 After applying for the George J. Mitchell Scholarship to study in Ireland and not getting it, I felt relatively behind in the study abroad process. Aberdeen, Scotland, more or less, was really the only remaining option, outside of a few landlocked cities in England (oh Birmingham, what could have been. The Paris of England. Oh sorry, did I say Paris? I meant Pittsburgh), where I could take political science classes taught in English.

I had never heard of Aberdeen. The fact that it was on the coast seemed appealing.  Scottish people seemed funny. Beer is an interest of mine. Whiskey too. Bagpipes are lovely. Kilts are freeing. Soccer’s great. Groundskeeper Willie’s a gem. Susan Boyle melted my heart back in 2009. “Braveheart” is a classic. Haggis seemed mysteriously sexy. What’s not to love?

As it turns out, they almost never wear kilts here, barring formal occasions, and I think I might have heard bagpipes only once or twice. Susan Boyle was nowhere to be found, probably dining on wine, cheese and fresh fruit in Saint Tropez, and Groundskeeper Willie was of course busy tending to his drunken duties at Springfield Elementary. Haggis is a taste I’ve yet to acquire, its lack of sexiness no longer a mystery to my pampered American palate, and “Braveheart” is somewhat tainted by the fact that the “William Wallace” Mel Gibson has rightfully become the Mel Gibson who has hit such a rock bottom that he is starring in “Daddy’s Home 2.” The beer, whiskey and soccer, however, did live up to the hype.

So what, then, makes Scotland special? Why has it been nothing short of an absolute pleasure to spend three and a half months here?

The people. It’s as simple as that. And it’s not just the Scottish people; it’s also the variety of Europeans I’ve met. Coming here I naively thought that it would be pretty much all Scottish teachers and students. I didn’t factor in the fact that there are teachers and students from all over the world and particularly Europe, and a lot of them. It allows for a variety of perspectives that the United States seems to lack in a lot of areas, and allowed me to discover and learn a lot about how other parts of the world operate.

It takes a special quality of person to invest in a friendship with a person they know will only be around for three months and who, because of geographical constraints, they may not see for a significant period of time. I was lucky enough to have a solid group of funny and sincere friends, who made me feel welcome and excited about my time in Aberdeen. I’ve discovered while working at beautiful ranches in Wyoming surrounded by stunning scenery, and now again here in Aberdeen, that the scenery and beauty of the location become commonplace while the friendships and daily laughs are, in the end, what is really tough to say goodbye to.

That being said, they’re a bunch of goons who can nae pot a pool ball to save their lives, so I must dearly thank them for the victory pints I’ve won along the way. You’re keeping Tennent’s in business, lads!

The taxi to the airport beckons, and so does a dram of Royal Lochnagar, raised to all the readers. Until next time, Black Bears.