Andrew Egan to take over for UMM 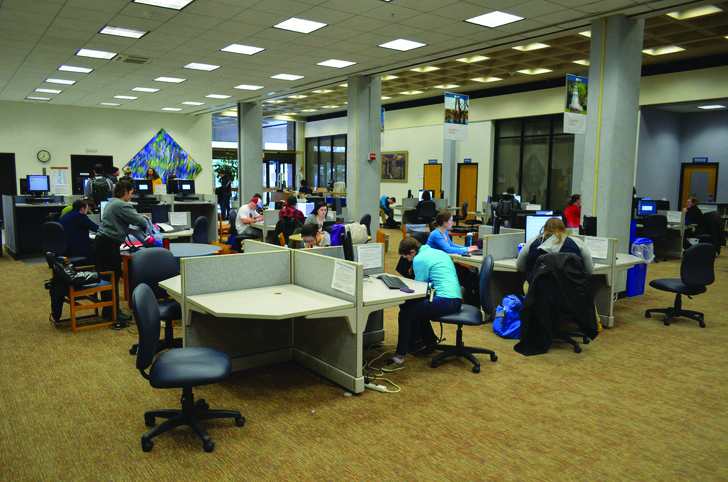 Beginning Aug. 13, Andrew Egan will take over as Vice President for Academic Affairs and head of campus at the University of Maine at Machias (UMM). Egan was one of the final four in the national search for a new leader for the regional campus. As the vice president and head of campus, he will report to the UMaine president.

UMM’s current leader is Kay Kimball, who is under a one-year contract as head of campus and Vice President for Academic Affairs. Her contract has been extended from July 1 to Aug. 30.

Egan is being welcomed into the community after a yearlong post at a Peace Corps forestry training institute in Liberia. He has a 20-year career of academic leadership, including experience in the United States and Canada, and most recently served as the Chancellor and Chief Academic Officer for Penn State Greater Allegheny Campus.

He served as a UMaine associate professor from 1998-2004 for forest resources and the program coordinator in forest engineering. His research focused on the interactions between silviculture and the environment, as well as the socio-economic and ecological dimensions of watershed restoration. Egan received his Ph.D. in forest resources from Penn State.

Hunter put out a statement to UMaine News that said, “We welcome Dr. Egan back to Maine and we extend our sincere appreciation to Dr. Kimball for her leadership in the first year of the primary partnership between UMM and UMaine. Andrew will build on the strong foundation Kay and her leadership team have established at the University of Maine at Machias. We are committed to getting UMM on a sustainable path that ensures its future as an educational, cultural, economic and financial hub of the Down East region it serves.”

Marjorie Withers, a Maine business owner and part of the research committee that hired Egan, said that he is an “outstanding choice.” She explained that Egan is coming back to Maine with a work history that shows his competencies on and off campus.

“Dr. Egan has the rare ability to truly listen and lead,” she said to UMaine News.

She explained that he is the type of person who has vision and a passion, and that he will enrich the University of Maine system in positive ways.

UMaine partnered with UMaine Machias last year to promote enrollment growth, increase efficiencies and advance program and research opportunities. Machias was struggling prior to the July 1 partnership in which it became a regional campus of UMaine. The staff and faculty at Machias report to the Vice President for Academic Affairs and head of campus, who sits on the UMaine President’s Cabinet and the Deans and Provosts councils.

The partnership has opened opportunities for the formerly less well-known Machias campus as it is now incorporated under UMaine’s accreditation with the New England Association of Schools and Colleges (NEASC). The partnership has the potential to broaden opportunities and resources for students on both campuses, from shared courses and transfer programs to advanced degree pathways and teaching opportunities.