First week on the Iberian Peninsula 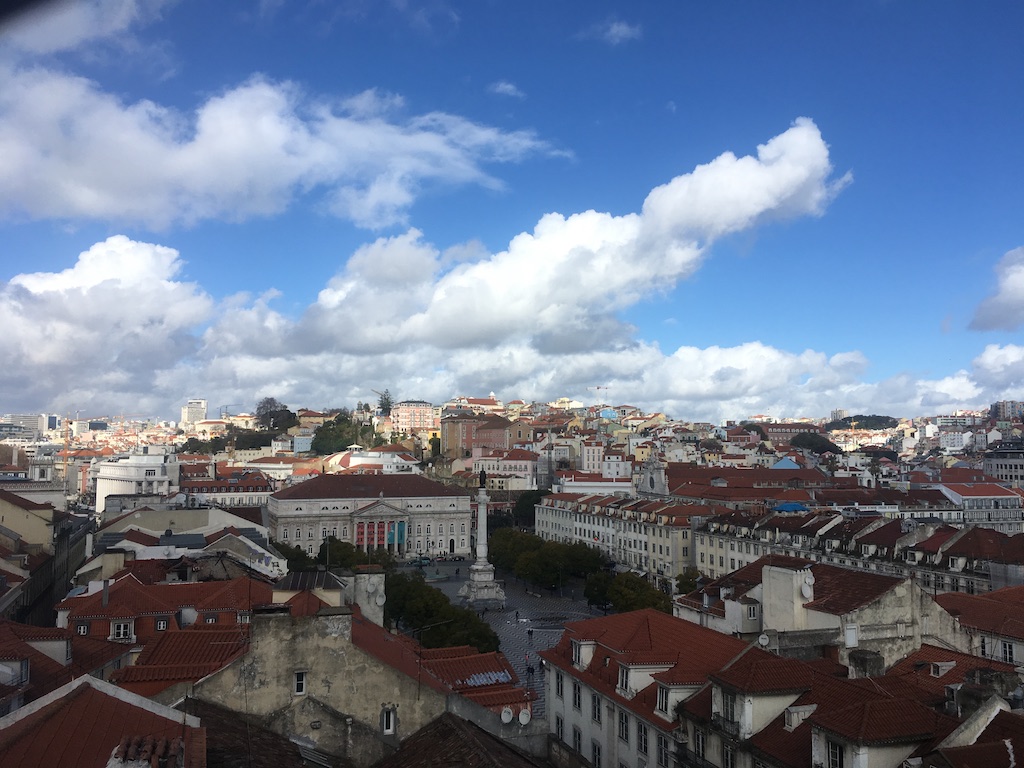 I made it to Lisbon after spending 23 hours in transit, including a 12-hour layover in Paris Charles de Gaulle, where the Border Police wouldn’t let me leave the airport. My ticket was to Lisbon, and they didn’t trust me to come back in time for my flight. The officer assured me that I would be far more comfortable passing the time sitting in a metal chair at my gate. I was delirious by the time I boarded my flight to Lisbon.

Despite my mental state when I arrived, the city tried its best to turn things around for me. I’ve never been so charmed by a city in such a short amount of time. I spent all morning trying to get lost in the maze of colorful stucco houses and apartment blocks.

My only destination for the day was the ruins of the Convento da Ordem do Carmo (Convent of our Lady of Mount Carmel), which was suggested by my journalism professor at the University of Maine, Josh Roiland. The ruins were a Roman Catholic convent severely damaged during the Lisbon Earthquake of 1755. The walls of the convent are still intact, but the roof collapsed into the interior, leaving the arches and buttresses to form a stony ribcage overhead.

I wandered down to the river and found myself in the Praca do Comercio (Commerce Square), a palace built in the late 1700s after the same earthquake. I was approached by three men, spaced out by 10 minutes, trying to sell me pot. I can’t say I wasn’t impressed by their operation; they were the friendliest people I talked to all day and the only ones who spoke English.

For dinner I found a hip burger joint with 12-euro martinis. Liquor is stupidly expensive, but the food is dirt cheap (I had a 3-euro smoked ham and parmesan baguette for lunch).

Finding the deep culture of Lisbon was frustrating. Staying in a traveler’s hostel and my lack of Portuguese made getting out of the touristy sections of town difficult. I spent some time strolling through the alleyways away from the city center, but my American vibes (my backpack and L.L. Bean hiking boots) kept most locals away.

I’m finishing this piece five hours into a nine-hour bus ride to Santiago de Compostela, where I’ll be spending my semester. The highway is lined on both sides with vineyards, the gnarled vines now dried up.

I’m just approaching the point emotionally where I don’t get weak in the knees thinking about spending five months barely speaking English. I have over five years of Spanish experience in a classroom (mostly faded into the deep recesses of my mind), but the pressure of being completely dependent on another language is enveloping. Adding to this anxiety, my classes (save for a Spanish intensive) are taught for Spanish students, with no accommodations made for foreigners. The learning curve is going to be absurd.

All that said, nothing compares to the paralyzing feeling of not being home for five months. I’ve been away for three months before, but never completely without familiar relationships. I’m not an outgoing person speaking English, and now I have to build entirely new friendships without a common language. Let’s see how this goes.