Ron Lisnet, the man behind the camera, has a big heart that believes in UMaine

Home /Culture/Profiles/Ron Lisnet, the man behind the camera, has a big heart that believes in UMaine 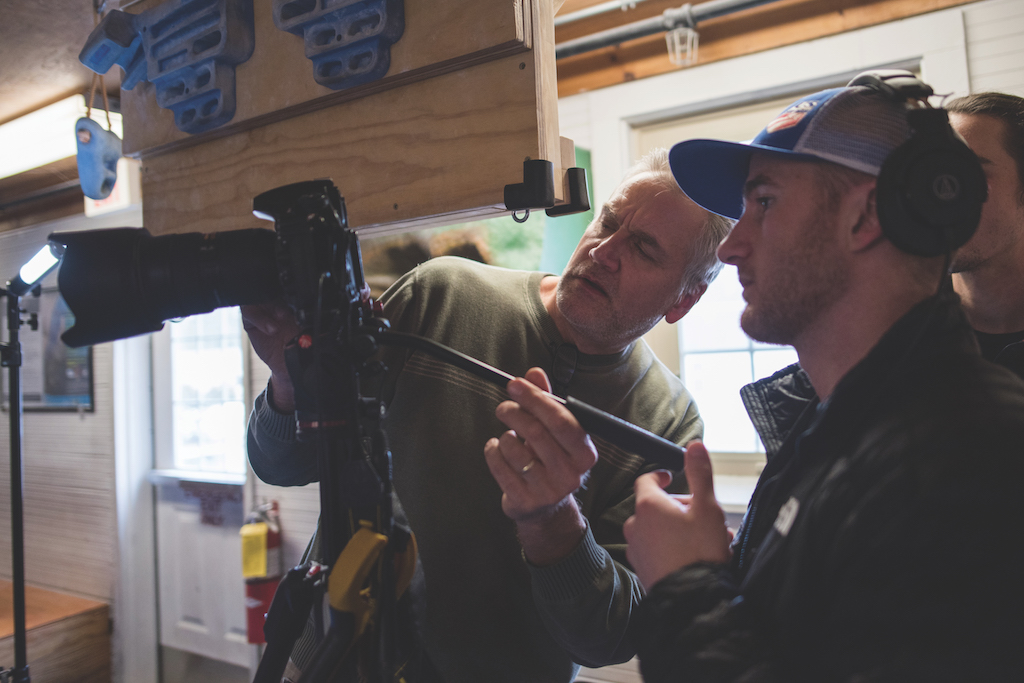 As you walked from class to the library, did you ever notice a 6-foot-3 man taking pictures of you? Don’t worry, it wasn’t a stalker (hopefully). It was Ron Lisnet, the man who oversees visual media at the University of Maine — from photography to Instagram posts to video production.

He might’ve also bumped into you at one point, if he was too focused on navigating a drone or yet another piece of technology that would capture the essence of UMaine.

“I love it, there’s always something different going on here, from research to science to arts to athletics, so it’s a lot of cool things to cover,” Lisnet said about the multifaceted job he does without professional training.

Lisnet obtained a forestry degree from UMaine in 1983, thinking that he would go down the woody path in the future.

“I love the study of forestry,” Lisnet said. “As time went on, I decided to do something different. I’m not sorry I did forestry. I had a lot of fun.”

His favorite tree is the white pine. “The Maine state tree,” Lisnet said enthusiastically. “It’s actually an interesting tree, I did a piece on it not too long ago. They call it the tree that built America, because…” and he went on to describe research done at UMaine about a disease that affects his favorite tree.

“As a boss, Ron is a good mix of easy going and supportive,” Holland Haverkamp, a photographer and videographer for the UMaine Division of Marketing and Communications, said. Haverkamp shared the fact that Lisnet does a good halibut impression, a common fish that belongs to the family of right-eye flounders.

“He always tries to come up with ideas and stories to do. Social media is something he really pushes, and obviously he’s really nice, but he has a horrible sense of humor.”

“He’s got an amazing sense of humor. Very funny, which I’m not sure a lot of people necessarily would think,” Julie Lisnet, an actress and a professor of theatre at UMaine, said. “He tends to be on the quiet side, I’m the one with the big mouth. Maybe I don’t let him talk as much as he should. He’s got a wonderful and warm sense of humor.”

Julie met Ron back in 1982, her senior year at UMaine. She was studying theatre, he was studying forestry. Their paths would not have crossed had Ron not auditioned for a play Julie Lisnet was in.

“He happened my last play,” Julie said, recalling the story of the first time she laid eyes on Ron. He was taking a theatre class, and the professor was directing the Irish play “The Hostage” and invited his class to come and audition.

“I remember sitting at the Cyrus Pavillion, with a theatre friend of mine, and this tall guy walks in and he had funny patches of hair on his face, I didn’t know at the time why. Tall people like him kind of slouched, and I was being this snotty theatre person, so I looked at my friend Larry and said, ‘God who is that geek?’”

Both of them got cast in the show, and Julie later found out that Ron was in Alpha Gamma Rho, the agricultural fraternity. “Turns out they had a beard-growing contest, and Ron was losing badly. I noticed that once he shaved, he was kinda cute.”

The play took place in the Al Cyrus Pavilion on campus, right by the Fogler Library. Today, Julie teaches at the Pavilion on Tuesday nights.

“It’s a special place for all kinds of reasons,” Julie said.

They started dating, months later they decided to live together, and not too long after that, he proposed. In July, Ron and Julie Lisnet will celebrate 34 years of marriage. Their daughter Natalie Acadia is a first-year student at UMaine studying theatre and music education. Ron tries to have lunch with her once a week.

“They run into each other once a week, it’s fun for him, and fun for her too,” Haverkamp said.

This past October, Julie Lisnet’s mother Gertrude Brandt Arnold passed away. Julie couldn’t be there by her side, but Ron was.

“Ron was with her holding her hand,” Julie said. “I couldn’t be happier to have Ron there with her. I can honestly say he’s my husband, I love him dearly and he’s my best friend.”