“Little Dark Age” is too gloomy for its own good 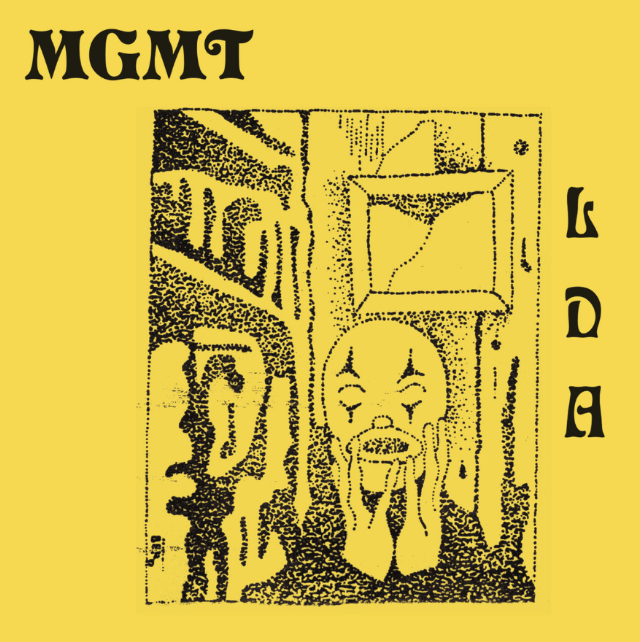 MGMT comes up on a Pandora station, or the radio, and listeners get a shot of positive feelings. Songs like “Kids,” “Electric Feel” and “Congratulations” have been played at countless parties, and never fail to get people dancing. MGMT’s newest album, “Little Dark Age,” is as far from those roots as it could be. With its downtempo gloominess and suffocatingly dark lyrics, I finished listening in a worse mood than when I started. They retain hints of their original style with the use of synths and drum machines, but I would never be able to identify this album as one of MGMT’s.

The first track is titled “She works out too much.” It’s a grievance against our culture of placing high value in each other’s appearances, specifically in the dating scene. The chorus repeats, “The only reason we didn’t work out was he didn’t work out enough,” mocking the shallowness of people looking for relationships. The instrumentals of “She works out too much” are more upbeat that the majority of the track list, and initiate the album’s theme of juxtaposing carefree melodies with dark lyrics.

Several songs stuck out as unnecessary filler. “Me and Michael,” was repetitive, boring and lacked a melodic arc. “James” was similar, containing smooth, downbeat harmonies. The lyrics were difficult for me to decode; I have to assume that it was written as a personal outlet. I got hints of a suicide, but that easily could be because I was transferring the depressed attitude of the rest of the album onto this track.

My least favorite song was “Days that got away.” It’s a purely instrumental track, which sets the bar high. I need to have my socks knocked off by instrumental interludes to find any enjoyment in them, and this sounds like a couple teenagers messing around with music software for the first time.

The best song of “Little Dark Age” is “One thing left to try,” the eighth track. It’s the only song that calls back to the MGMT I know, with bouncing synths and a rocking baseline. The lyrics are no less dark than the rest, but they’re decodable and easy to appreciate. This is where MGMT excels, and I hope it’s a sign that the band I rely on for getting my groove on is still inspired.

“TSLAMP,” the abbreviation of Time Spent Looking At My Phone, represents my frustrations with this album well. It’s a valid outcry of the addictiveness of smartphones, bemoaning how easy it is to isolate oneself from being social. The lyrics seem to barely scratch the surface of the potential for such a song, leaning heavily on repetition. I could tolerate the refrained lyrics if there was a solid melodic arc to fall back on, but it never picks up, leaving the song unresolved.

I finished “Little Dark Age” feeling exhausted. I have a genuine appreciation for emotionally charged albums but this contained either too much depression all at once, or it wasn’t instrumentally sound enough to hold up the gloom. It’s a tiring listen and not meaningful enough to get any kind of fulfillment, making it unlikely that I will play it again.