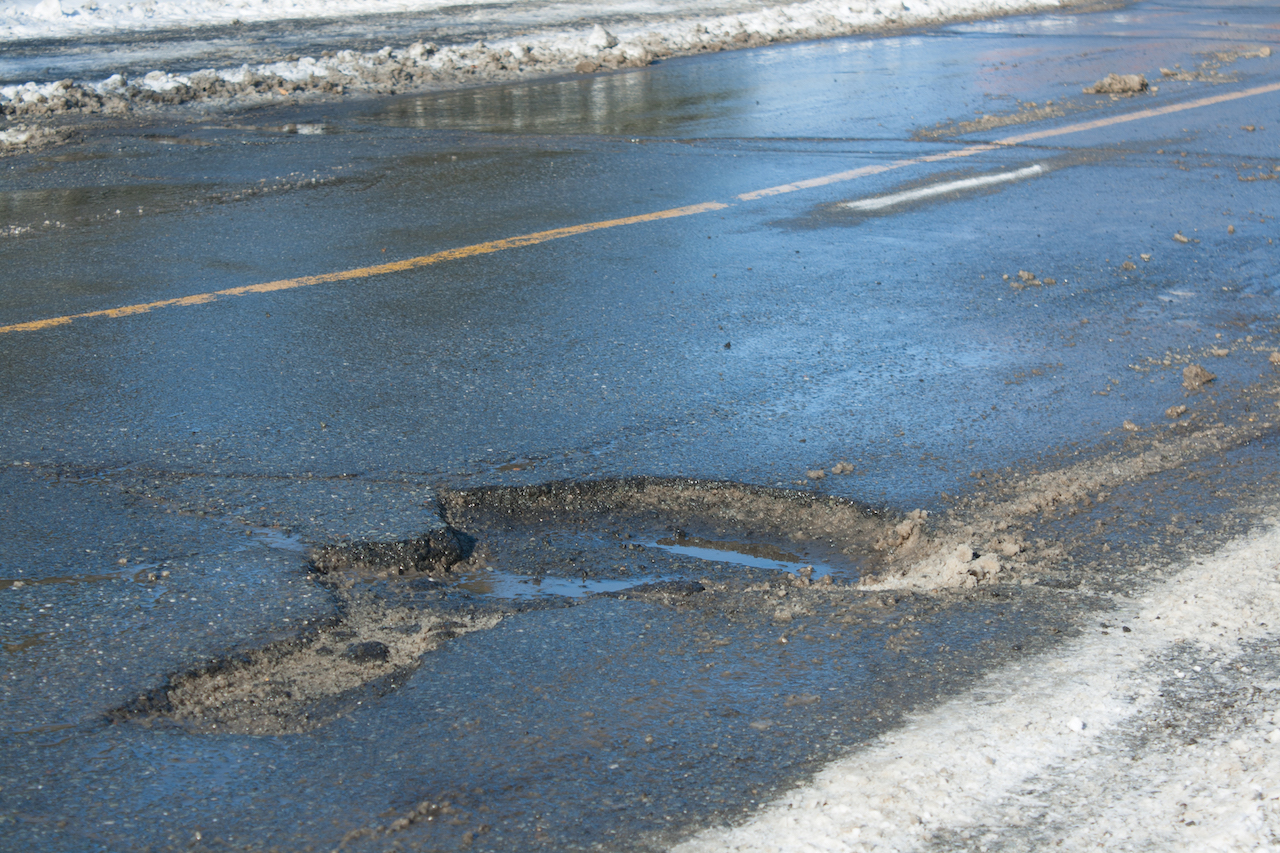 Students returned to Orono from winter break to see the roads full of pot holes. Photo by Jack barber, Staff

In November 2017, the Maine ballot contained a question regarding the infrastructures. The question, which was approved with a 71.99 percent vote, asked voters if they would approve of an authorization issuing $105 million in bonds for transportation infrastructure.

The design of the bond issue states that the earmarks would be dispersed in three ways. Eighty  million dollars would be used for the reconstruction, construction and repair of state highways and bridges; $20 million would go toward facilities, equipment and property acquisition related to ports, harbors, marine transportation, aviation, freight and passenger construction trails.  Lastly, $5 million would be used for a competitive grant program to provide matching funds to local governments, municipal commissions and private nonprofits for upgrading culverts at stream crossings in order to improve fish and wildlife habitats and increase safety, according to BallotPedia.

Gov. Paul LePage’s dismissal of this bond affects University of Maine commuters and students as the roads around the campus are littered with potholes, running the risk of damaging vehicles.

“I always wince when I hit a pothole while driving down Long Road. Worst of all, I can’t do much to avoid them if it’s the middle of the day — the roads are narrow, there’s traffic in the other lane, and students are crossing the roads constantly. It’s not good for my car, and it’s not safe for everyone on campus,” UMaine fourth-year, Nicholas Lajoie, said.

Community complexes such as The Avenue and Orchard Trails have shown interest in helping commuters during the past several weeks with infrastructure problems. Crews have been seen plowing and doing construction on roads.

The entrance to campus on the north side by Aroma Joe’s and the gas station has seen slight improvement in regard to potholes as well, as the university has done overnight clean up of roads for students and community members.

A 2014 Bangor Daily News article called UMaine a green college “despite the aging infrastructure,” according to The Princeton Review. Students were beginning to “consider colleges’ approach to the environment when they apply to schools.” It also stated that sustainability was crucial to students.

Part of the sustainability effort includes infrastructure, which has contributed to the debate over Question 3.