Fight the system softly with Yo La Tengo’s new album 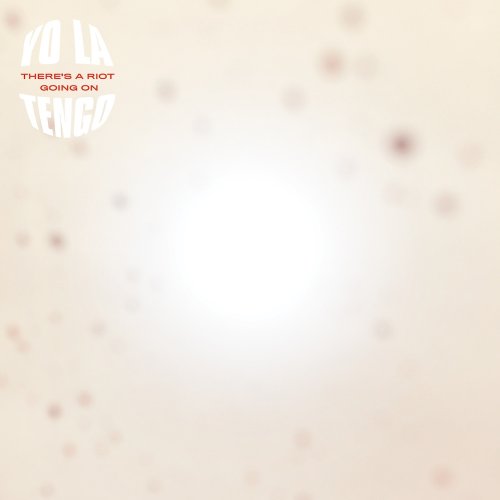 It may not be most fitting to call Yo La Tengo (YLT) darlings of indie music, being the giants that they are. But despite their consistently stellar, genre-defining output of over 10 albums or accrued fame, they still manage to come off modest, quirky and wonderfully down-to-earth. Needless to say you could consider me a fan. Here, on their 15th studio album, “There’s a Riot Going On” the trio takes a turn for the gentle and relaxing, with songs that sway and weave with ease. On this album, the veteran members of YLT do not disappoint, offering a pleasant and enjoyable collection of songs that lull with grace and beauty that reflect their known talent and inventiveness.

It is possibly already a cliche to say that though this album is titled “There’s a Riot Going On,” the sound of the album is something very far from a riotous affair. Instead, this album finds Yo La Tengo playing music that harkens back to their previous album “And Then Nothing Turned Itself Inside-Out” with a possibly more optimistic or autumnal sound as opposed to the nighttime atmosphere of “And Then Nothing…” With the description of a riot in the title that borrows from the album of the same name from the group Sly & the Family Stone, one wonders whether YLT wants to create a space to avoid the chaos or that this album is a response to said chaos, or both. Either way the group seem socially and politically conscious of the state of the country in some form.

Within the first couple tracks of the album, one of the standout songs appears in “For You Too” which could be considered a candidate for one of the more accessible tracks on the album. Here vocalist/guitarist Ira Kaplan sings in a mildly melancholic manner over guitars with heavy reverb and a rumbling bass that moans along through the entire track. The lyrics of the track touch on themes of normalcy and almost shy confidence toward some unknown subject as Kaplan offers, “Maybe I could be that guy, I’d like to try.” The somewhat vague lyrics of this song do feel relatable as people often try to apply a gentle strength to relationships with others like Kaplan tries here.

A sizable opposition to that track is the song “Shortwave” which comes four songs later. This song is the height of the ambient moments on this album as YLT sound more like they put their instruments down and picked up synths to create reverb soaked aural landscapes, or at least cranked the effects pedals with their guitars. This track also features clips of people talking placed behind the dreamy wall of sound that is in the front of the song. Though not made such distinctly ambient music before, this track is not unusual coming from the trio.

There are several aspects of the album worth discussing. One is that while YLT haven’t exactly reinvented the wheel with “There’s a Riot Going On,” they have advanced in a very enjoyable and thought provoking direction that finds them in a wonderful, if not radically new place. Here, Yo La Tengo demonstrate that they certainly gained new perspectives with age and are perfectly at ease to release meditative albums that offer a maturity that can only come from a group that has done what they have done, and how they have done it.

Splice of Life XVIII
Injuries and lessons learned at the disco