Cows, castles and a one-eyed bullfighter 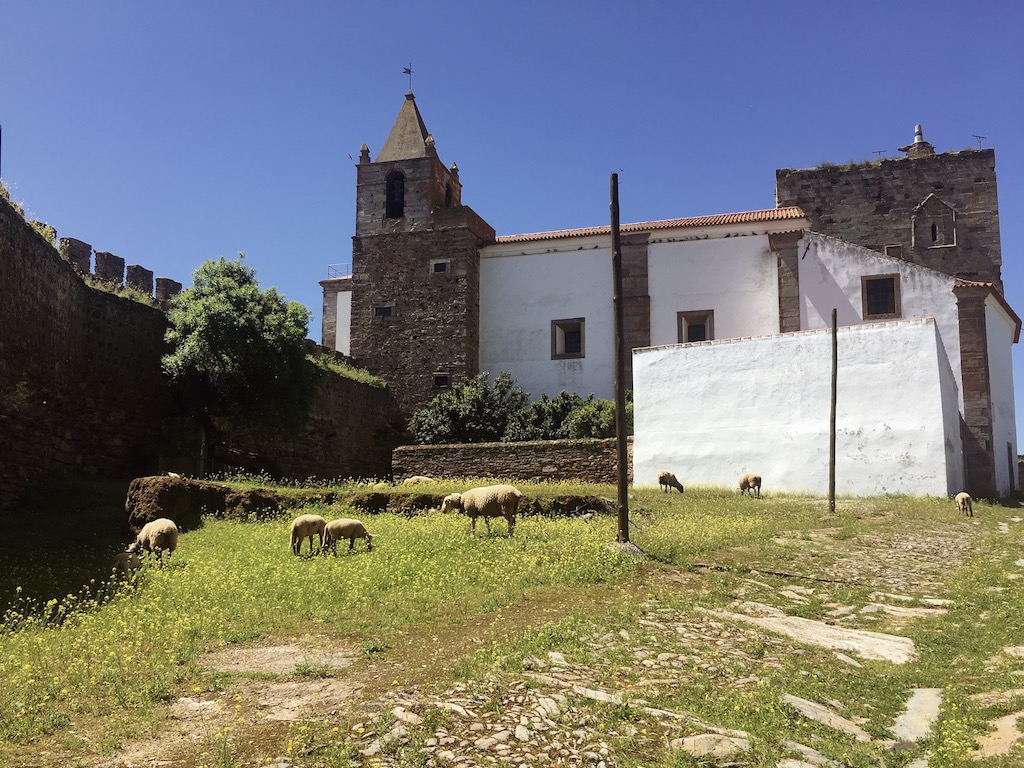 Sheep graze in the idyllic courtyard of Castelo de Morão in southwestern Portugal. Photo courtesy of the writer.

My mom came around the corner of Morao Castle shouting that my dad and I would be shocked walking through the gate. I told her to stop overselling things and let us form our own opinions. However, walking through the stone arch into the courtyard, I regretted my smart-ass remark. The scene could have been painted by a historical great, with sheep grazing in the tall grass, their bells jangling in a way that would probably drive me insane if it didn’t fit so perfectly with everything else I was taking in.

My family came across Morao on our second full day touring the south of Portugal and Spain. As is the nature of my family’s vacations, there was no plan in place for the trip; we’d decide each night’s destination as we were eating breakfast or were already on the road. The Portuguese town of Morao had been no more than a convenient stop for lunch on our way into the Spanish community of Extremadura. We read that the castle was built as a lookout to protect against Spanish invasions between the 13th and 17th centuries. The structure was deserted, save the sheep, with no cautionary signage or fences of the sort one would find at a place with such historical significance in the United States.

This sort of unexpected beauty became a theme for our trip: a day or two later we planned a hike through an olive farm near Villanueva del Fresno. We found ourselves walking alongside an ambling herd of cattle, which were seemingly roaming freely on the banks of the Río Alcarrache. Calves were interspersed throughout the herd, their mothers eying us with a mixture of curiosity and caution.

After our stroll through the olive groves we drove our embarrassing caravan into town to try to find dinner. We stopped at the town’s bullfighting arena (far more common than I had thought, with one in almost every town with over a few thousand inhabitants), and found it locked up. After we took a lap around the outside, a door opened and an energetic little man invited us into the empty arena to look around. He told us that he was a former participant in bullfights as the one to open the gate, letting the bull run into the ring. He didn’t explain his milky eye, letting our imaginations run wild, coming up with whatever stories were the most exciting. My mom dubbed him “the one-eyed bullfighter,” and he’ll likely go down in fame among my family.

The only aspect of the trip that was less than perfect was the food. We’re a family of mostly vegetarians so we had trouble finding anything but baked cod and simple omelettes. That said, the 4-euro bottles of Vinho de Alentejo certainly helped dull the disappointment.

Similarly to my trip through southern Spain with Jonah, this adventure brought many feelings of missing out. I’m currently looking at the gray, spitting skies out the train window on the way back to Santiago thinking about the vibrancy of the south. If nothing else, this will be the kick in the pants I need to take advantage of where I am, or where I’m close to, for the next two months.