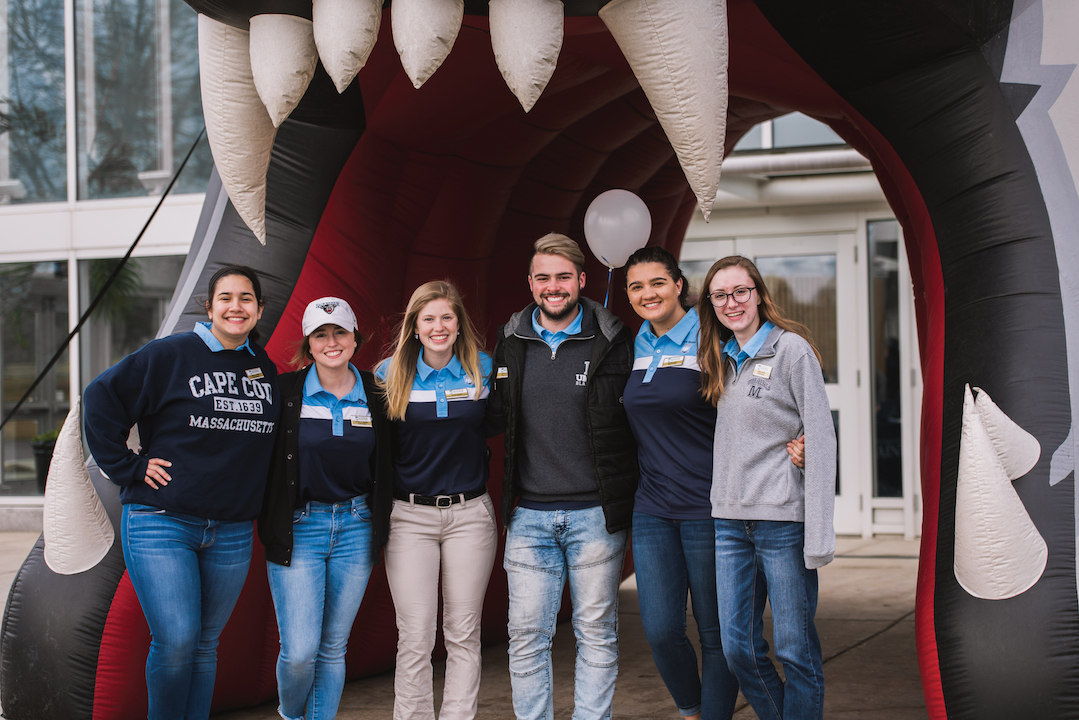 Choosing a college is one of the biggest decisions a teenager has to make during their high school years. For many, an undergraduate career can take place across two or three different universities — a 2015 report by the National Student Clearinghouse Research Center found that around 37 percent of students transfer colleges, and of those students, 45 percent transferred multiple times. The first school doesn’t always stick.

Accepted students days have long been used as a way for prospective students to test the waters at their potential future schools. While individual universities have their own versions of what the day looks like, including mock classes, group field trips, a cappella performances and assemblies, the goal remains the same: giving accepted students a glimpse into college life.

However, that picture isn’t always accurate. Accepted students day is a cultivated event, which gives incoming students an overview of many clubs and organizations but doesn’t necessarily reflect the experience of a typical college student. The job of Team Maine volunteers is to draw visiting high schoolers in and make them want to attend, highlighting the most exciting and engaging aspects of campus life. 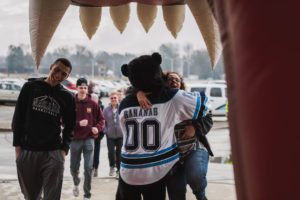 “[My favorite part is] dancing at the bear head! Even though its early in the morning (8 am), I love jamming to the music n greeting others,” third-year psychology and pre-med student Phoenix Mitchell wrote.

Even with Team Maine’s help, accepted students day isn’t easily accessible for all students. According to the University of Maine website, the school has students from 49 U.S. states and territories, as well as 67 countries, many of whom could not make the journey for their accepted students days. “I didn’t go to my Accepted Students Day,” Matthew James, a third-year anthropology student from Hingham, Massachusetts, said. “It was hard being out of state and coming up at the time.”

While he didn’t have his own accepted students day experience as a high schooler, James has experienced interruptions to his daily routine due to an influx of potential students and their families. “There are definitely disruptions at dining halls and at the Union,” he said. “It’s already hard to find seats, but the increased number of people makes it even harder.”

On accepted students days, current UMaine students receive an email from Parking Services advising commuters to “please consider carpooling, using the bus or walking if possible” due to an increase in visitors. Parking spaces in the Collins Center for the Arts and Belgrade lots are used for accepted students, making it difficult for commuters to park. On one recent occasion, Rebecca Archer, a second-year political science student, parked her car on campus at 7 a.m. to beat the crowds and ensure a close spot, then went home and rode her bike back to school when class began.

Regardless of hurdles, accepted students day will likely remain an integral part of the university. In a recent interview with the Maine Campus, Director of Recruitment for the University of Maine Christopher Richards said that accepted students day is crucial. “Nothing is more powerful as a recruitment tool than for a student considering attending UMaine to hear the true student perspective from a current UMaine Black Bear.”