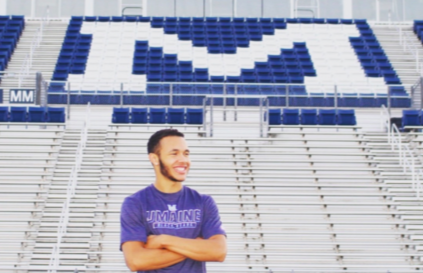 18-year-old Darius Minor was pronounced dead on July 24 after collapsing during a preseason workout at the University of Maine campus.

According to an email from the UMaine Orono and UMaine Machias President, Dr. Joan Ferrini-Mundy, Minor was an incoming first-year student from Locust Grove, Virginia.

In a message to all University students, Ferrini-Mundy wrote, “Darius was one of 17 first-year student-athletes taking part in the three-week Freshman Workout. He collapsed on the field at approximately 1:15 p.m. Campus athletics training staff and local first responders were unable to resuscitate him.

Minor was enrolled in Summer Session at UMaine and intended to pursue a major in political science.

On August 15, the Chief Medical Examiner’s office in Augusta announced that Minor had suffered an acute heart condition.

UMaine head coach Joe Harasymiak mentioned during a press conference on July 25 that Minor told strength coach Jon Lynch that “he felt like he was going to pass out” seconds before collapsing on the field.

Harasymiak said that emergency responders were called immediately to the scene but were not able to resuscitate Minor.

Minor is believed to be the first student-athlete to die during an on-campus workout since the team’s first season in 1892.

Of the athlete’s character, Harasymiak said that Minor was, “a very hard worker” and dreamed of playing football at the college level.

“This was a dream for him, this is where he wanted to be”, Harasymiak stated.

The coach said on the night Minor died, the older players spent the night accompanying the freshmen students in their dorms. Harasymiak said he was unaware the team had organized the evening in advance.

Following his death, friends and community members began a memorial honoring Minor outside of the New Balance Field House and Memorial Gym on campus.

For one week after the incident, the Black Bears were released from their remaining training sessions, and were encouraged to spend time with their families, according to Harasymiak.

The head coach said that all the players needed time to mourn the passing of their friend and teammate.

On July 26, Minor’s aunt, Dana Wines, created a GoFundMe page to cover the family’s funeral costs. Wines originally listed a $15,000 goal which increased to $30,000 after the first goal was surpassed.

Members of the UMaine community have rallied around the family to extend their condolences and alums from previous years have shown their support as well.

Phillip H. Morse, a 1964 UMaine graduate pledged $10,000 to cause. Morse, a vice chairman to the Boston Red Sox, is a longtime benefactor to the university.

Eight days following Minor’s death, the team opened up their training camp to prepare for their season opener on Aug., 30 against the University of New Hampshire.