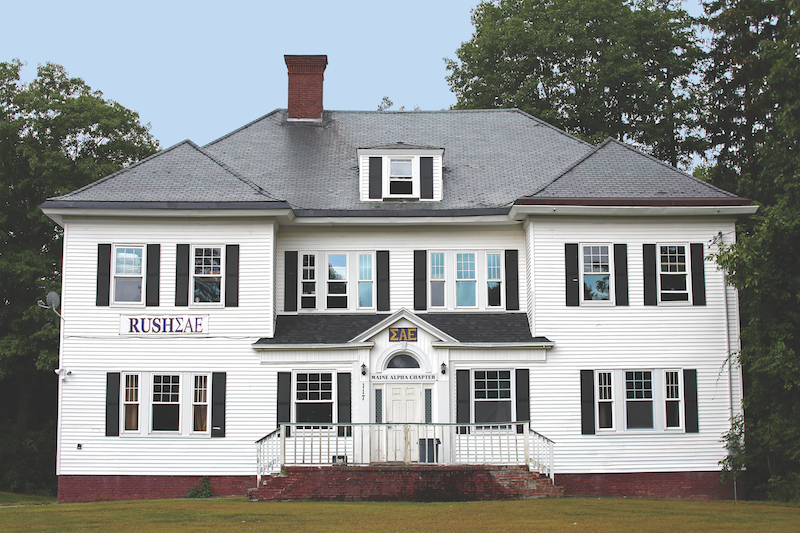 As the new school year begins and Greek life recruitment commences, one fraternity will not be a part of the process.

On June 12, 2018, Sigma Alpha Epsilon (SAE) was found responsible for charges that included hazing and physical assault. Concerns were raised after various social media posts were shared online on Maine Day, which occurs on the Wednesday before finals every spring to celebrate the University of Maine community through service and school pride.

“I found out about that on Maine Day and got additional information the following day. I met with the group [SAE] later in the day on Thursday, and the nature of the concern, of course, was that Maine Day occurs the week before finals, so the timing was particularly precarious, so I met with the chapter and the process was that they were interimly suspended,” said Kenda Scheele, assistant vice president and senior associate dean of students at the University of Maine.

It has not yet been confirmed what actions were committed by the fraternity to cause these allegations, or whether new members were involved. An interim suspension means that the suspension is supposed to be short action, which is a punishment that is applicable to both individuals and student organizations.

After an investigation conducted by Scheele and the Conduct Code Committee (CCC), SAE was found responsible for the following charges: violation of the hazing policy, violation of the drug and alcohol policy, endangering the health and safety, and physical assault. The fraternity  was also charged with fear of physical or imminent harm, but was not found responsible for this allegation.

“Their outcomes were restriction from campus, meaning that they can’t operate as a fraternity, and they can’t occupy their house,” Scheele said. “Another was disciplinary probation, which was written out as ‘permanent separation subject to the right of review after a minimum of five years from the University, Sigma Alpha Epsilon fraternity is hereby dismissed from the University for a minimum of five years.’”

When the case was brought to the attention of Scheele, she took immediate action.

Representatives from both the UMaine chapter and the National chapter of SAE were unavailable to comment.

“I don’t want it to be looked at as Maine is anti-Greek or that this is an indictment against fraternities or Greek life because I truly believe that Greek life adds a lot of flavor to any college campus,” Scheele said. “And I know some schools have taken the opportunity for pretty good reasons on their part when people have died.”

UMaine offers informational sessions on hazing through the Student Wellness Resource Center. These presentations are typically given to first-year students, athletes and Greek life organizations, but are offered to all students. For more information on these sessions, visit https://umaine.edu/wellness/programs/.

This story will be updated as more information becomes available.