The Greatest Quarterback of All Time 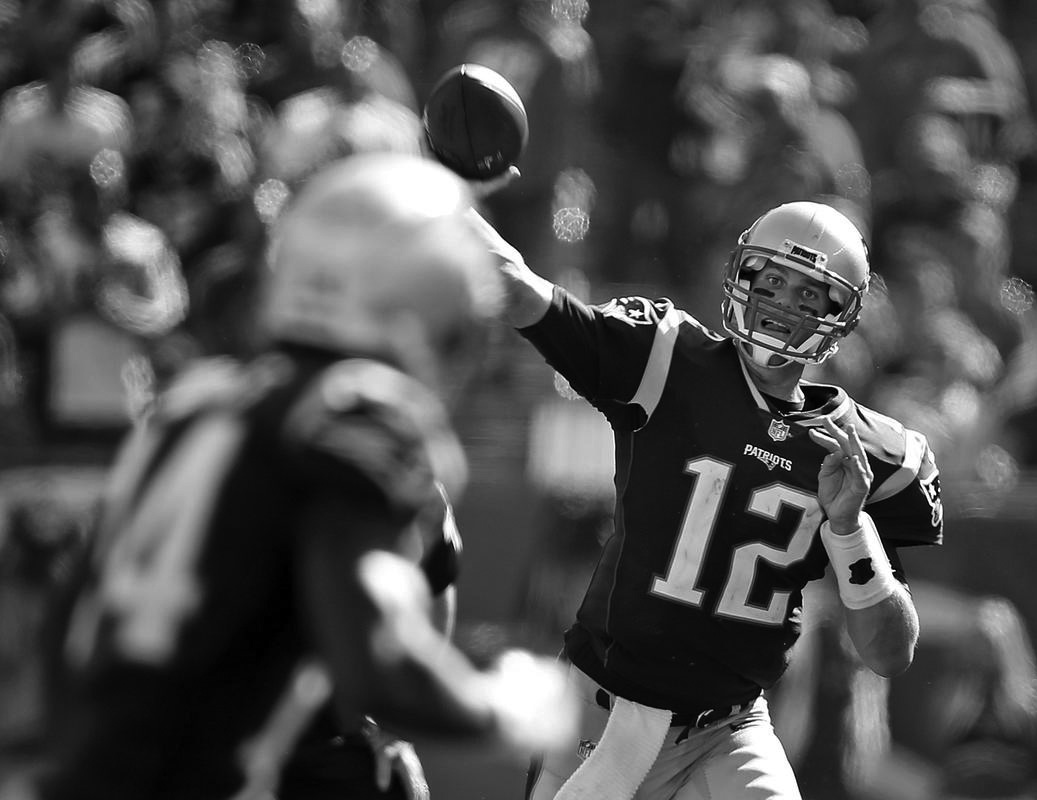 From the 2016 NFL Draft, the first two selections of the first round were future franchise quarterbacks, with the Los Angeles Rams using the first overall pick on University of California’s Jared Goff, and the Philadelphia Eagles trading up with the Cleveland Browns to use the second overall pick on North Dakota’s Carson Wentz. Going into year three, both quarterbacks’ futures look promising with each having a young offensive nucleus, a strong defensive line, new-age, offensively minded coaches and organizations willing to spend money on big name free agents to bolster the weak positions on their respective rosters.

Not all quarterbacks are as lucky as Goff or Wentz though, as Dak Prescott, drafted in the fourth round by the Dallas Cowboys in the same year, has seen his entire team fall into shambles. With the release of wide receiver Dez Bryant this past offseason, the retirement of long time tight end Jason Witten, a safety blanket on third-and-long, has left Prescott without many viable options to throw the ball to. Luckily, behind a great offensive line and the powerful ground game commanded by running back Ezekiel Elliott, Prescott was able to flourish his first year, but has proceeded to regress as the talent around him has diminished.

While any quarterbacks that were drafted in the 2017 NFL Draft have only one year of game film to observe, it’s understandable that one wouldn’t expect them to show their true level of talent as they adjust and grow through their rookie season.

To highlight the play of one of those aforementioned quarterbacks taken in the 2017 NFL Draft, the Houston Texans’ Deshaun Watson came firing out of the gate, lighting up the highlight reels by throwing 19 touchdown passes to only eight interceptions, amounting a passer rating of 103.0 in just seven games on the season.

Watson’s season, which was shortened by a torn ACL suffered in a practice halfway through the regular season, was on track for a historic rookie campaign. Watson’s poise in the pocket, ability to sense the pressure as if he were a veteran signal caller and his ability to progress through his reads and take off in the right situations put hope into the hearts of Texans fans. Unable to find a true franchise quarterback since the team’s reestablishment as an expansion team in 2002, the Texans appear to have found their man in Watson.

As impressive as all of these young signal callers have been, the golden standard for the NFL lies in the many future Hall of Famers active in today’s game. Recognized league wide, there exist classifications of quarterbacks based on talent level, playoff record, passer rating and their Super Bowl credentials. On top of this hierarchy, in no particular order, are the following: Aaron Rodgers of the Green Bay Packers, Tom Brady of the New England Patriots and Drew Brees of the New Orleans Saints.

Brady, heading into his 19th season, is blazing uncharted territory for the quarterback position. Most quarterbacks have had their bodies destroyed by their mid to late 30s, either through absorbing too many hits or not properly taking care of their health outside of the game, and been forced to retire. However, at 41 years old, this aspect is where Brady succeeds; his dedication to his health is unparalleled within the league, as is his dedication to game film. The success of Brady is based on his leadership, ability to command a locker room and a constant drive to improve his game play. Currently having played in eight Super Bowls and winning five, Brady is one of the most decorated quarterbacks of all time. Throwing 491 touchdowns to just 161 interceptions for his career, Brady possesses a 3.05 TD-INT ratio, which is second to only one other quarterback

That one other quarterback is Rodgers, sitting at a TD-INT ratio of 4.05. He possesses multiple records within the NFL. Rodgers’ career passer rating, 104.0, is the highest of all time for a quarterback over the course of a career, with the next highest passer rating being Russell Wilson with 98.7. However, something not captured by the statistics, similar to Brady, are the aspects of Rodgers’ game that you have to see with your own eyes. With a feel for the pocket unlike that of any other quarterback in the history of the game, Rodgers can place the ball anywhere on the field both inside and outside the pocket. The goal for a defense that heavily rushes the passer is to make the quarterback roll out of the pocket in an effort to push them out of their comfort zone, but defenses can’t effectively do this with Rodgers, whose passer rating actually improves when outside of the pocket. To put this into perspective, over the course of the 2016 playoffs, Rodgers’ passer rating outside of the pocket was 157.5, compared to the rest of the league’s quarterbacks having a combined 77.6 passer rating, per the NFL Research Twitter page.

Not to be forgotten in the potential Hall of Fame conversation, Brees also possesses multiple records of his own. Historically, there have only been nine seasons in which a quarterback has thrown for over 5,000 yards, and Brees owns five of those nine seasons. Not only can Brees let the ball fly with ease, but he also does so accurately, holding the record for the highest single-season completion percentage, at 72.0 percent in the 2017-2018 season. Brees is also closing in on multiple records held by former Denver Broncos and Indianapolis Colts quarterback Peyton Manning, specifically the most yards and most touchdowns ever thrown for by a quarterback over the course of a career.

As is the topic of many conversations between fans of every sport, the question of who the greatest of all time is at any specific position has a multitude of opinions but no true answer. As listed above, the best quarterbacks in today’s game are often names brought up in the greatest of all time conversation. Regardless of who is thought to be the greatest, there is a silver lining that sports fans should look to in times of frustration during these conversations. The quality of play in today’s game, an age where records are not only being broken, but being shattered, exemplifies how the improvement of play since the days of Dan Marino and Joe Montana is something to appreciate as fans.