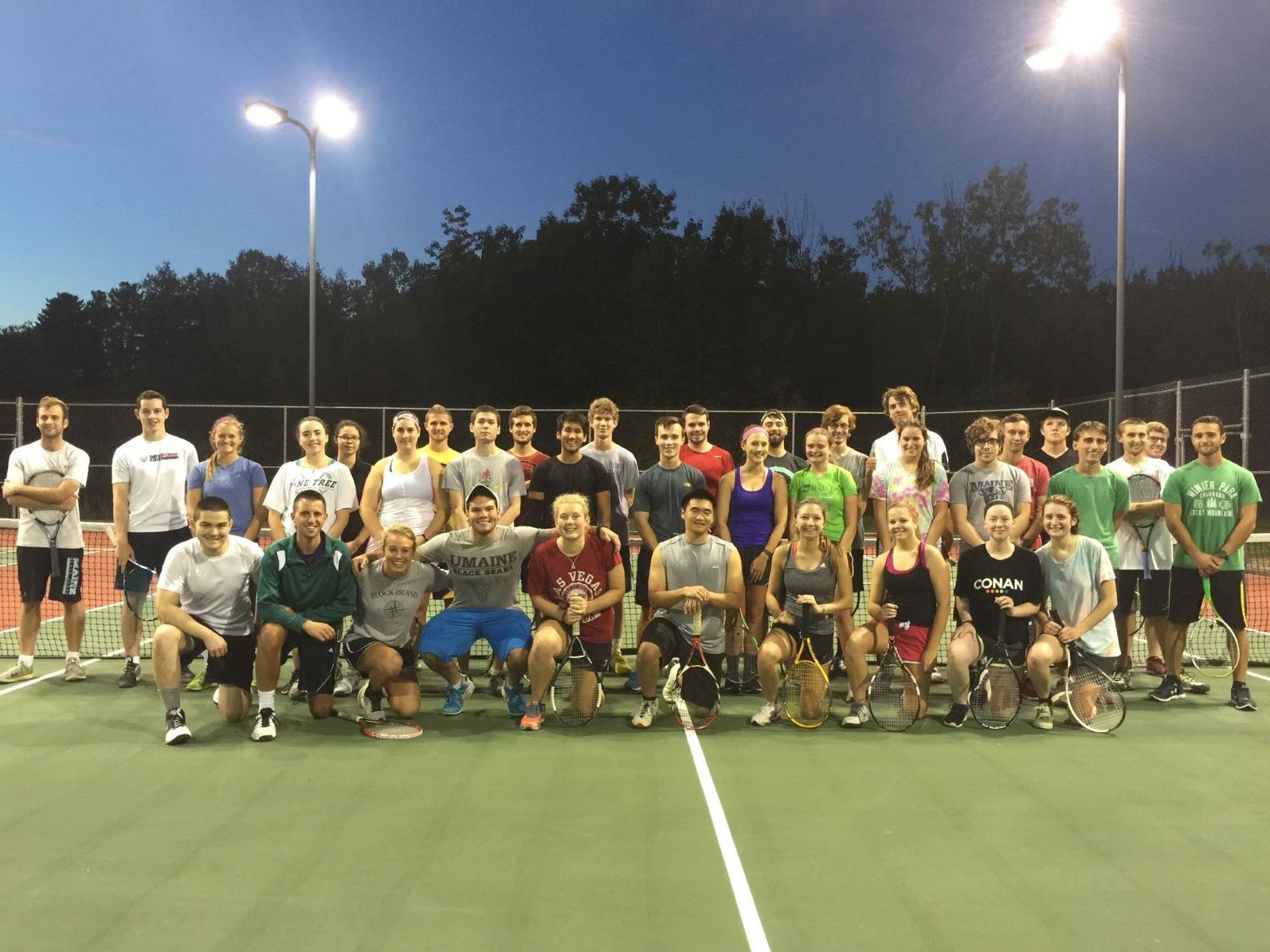 Sophomore Darian Goggin, a social psychology student, plays tennis because he loves the sport. An avid tennis player since his sophomore year in high school, Goggin hopes that he has the potential to play at the competitive level when he gets in to law school. For now, though, he has joined the University of Maine tennis club, which he attends practice for three times a week to improve his skills.

Unlike NCAA recognized teams, the UMaine tennis club is self-governed and elects its own officers, who organize the practices and matches for the team. They meet and have competitive matches against each other to compete for rankings. The club had a match on Saturday, Sept. 22 to determine the rankings of members on the team. These rankings later determine the players who will represent the UMaine club tennis team at the larger competitions with other club tennis teams.

Last season, the team was runner-up at the New England Club Tennis Championship. This year, the team has several promising first-year members bolstering their roster and is optimistic about how they will do at competitive matches.

While the team plays competitively away from the home courts, their practices are often impressive. First–year Sammi Saulter, a business student, has already fit well within the organization, bringing an intense presence onto the court every time she plays. The integration of new students to the university onto club teams cannot be overstated, especially in the case of club tennis, who has had low numbers in recent years.

Renee Clavette, the president of the club, says that one of her favorite parts about the sport and the club is the opportunity to get to meet other people.

“When we get to travel to other places and have team dinners … we get to hang out with the other teams afterward, which is fun,” Clavette said.

Although Clavette loves the social aspect, she says that the actual organization of the club is a challenge.

“I have a lot of hoops to jump through, which can be stressful. I have to organize the practices … and make sure we fundraise and have our insurance covered so that we can still compete,” Clavette explained.

Organizing events is an important part of running the tennis club. This year, the club is planning several different fundraisers to keep their group running.

The club also participates as volunteers at some of the local events. This past academic year, they volunteered at the Pedal the Penobscot, a cycling event that helps to support the Bangor Land Trust. The club also volunteers at the Healthy High 5k, a road race that is annually hosted by Maine in the spring, and at the Maine Day Meal Packout hosted by Maine Honors College every spring.

A large part of the club is focused around communication. To be able to play well, the members need to recognize the importance of keeping a friendly environment. Many of the members are partnered up with other players who they have never met, especially at this point in the season, however the energy level within the organization and general attitude are incredibly uplifting, as the club has a friendly environment that is always open to new players.