A Street Art Tour of the “Rebel City” 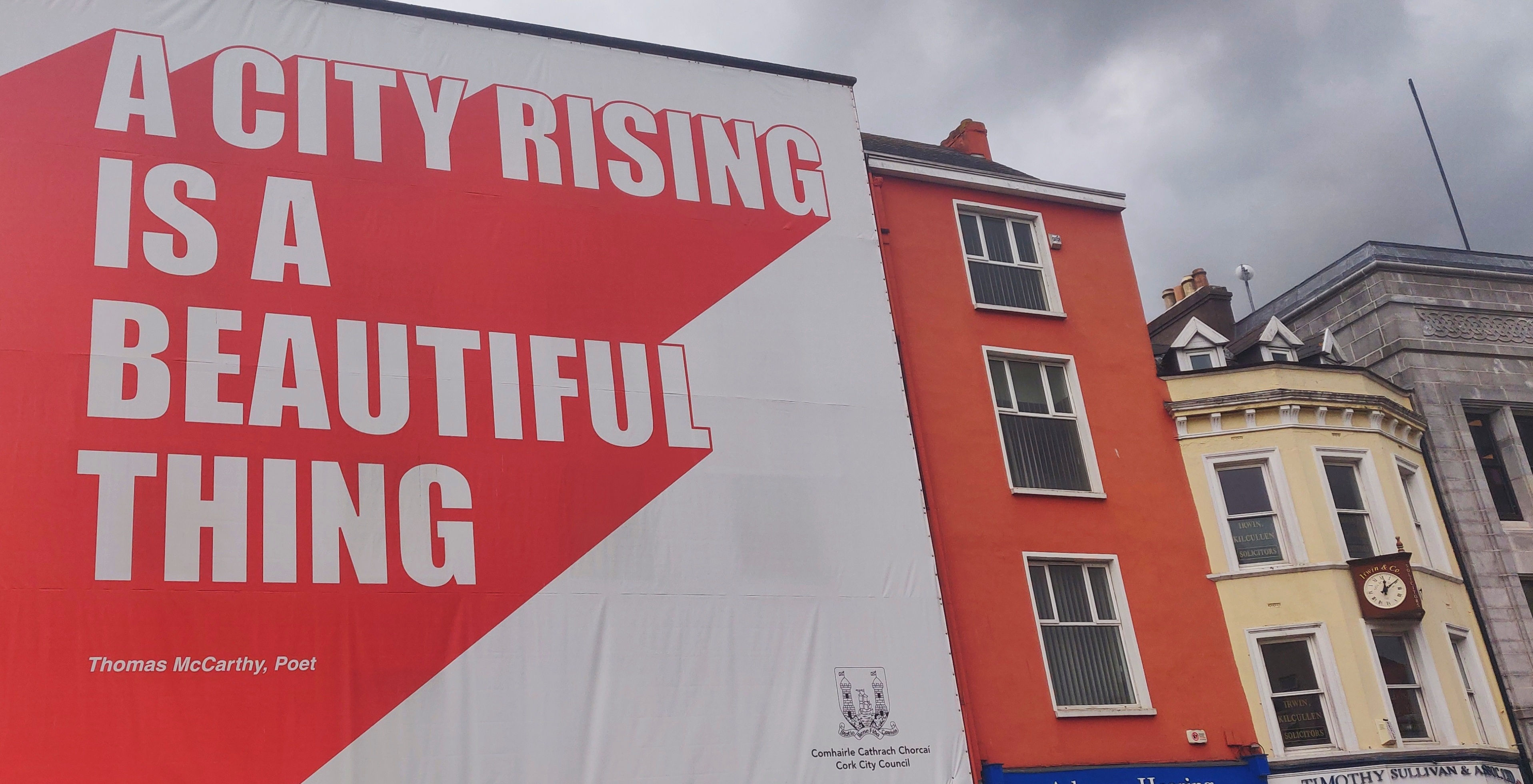 It’s not every day that you come face-to-face with one of your favorite “Game of Thrones” villains. It’s especially unexpected while walking past an electrical box near the River Lee. The first time that I spotted the familiar face in Cork, I had to backtrack and ask my friend to snap a few pictures of me with it. Painted on the bright red box was King Joffrey from the “Game of Thrones” series. The quote painted underneath his leering gaze read: “Cork Born, King’s Landing Bred.”

Some street artists devote their art to the people of Cork, painting portraits of professional hurling players that can be found on the electrical boxes of St. Patrick’s Quay. Others create murals that span the side of an entire building, such as the giant multi-colored dragon that adorns Kino Cinema on Washington Street. Others take a less controversial route, painting pop culture references like the “Game of Throne” box previously mentioned. Surprisingly, nobody has scratched that one out yet even though it’s not a flattering connection.

That’s just the beginning of the importance of street art here in Cork.

If you go to Grand Parade St. and walk past the coffee shops in the middle of the street and head toward the National Monument, you’ll come across a giant, vibrant banner sponsored by the Cork City Council. The banner quotes Thomas McCarthy: “A city rising is a beautiful thing.” This quote describes the general air of Cork, which vehemently objects to Dublin being considered the seat of power in Ireland. Affectionately nicknamed “the rebel city,” Cork’s street art is a mirror image of its politics.

There’s one particular type of street art that stands out. Artistic expression, politics and nationalism come together in the most important artwork found on the electrical boxes across the city.

Hidden in a shadowed street corner outside of the Cork bus station sits a box with an image of a bottle and text reading: “Ireland is like a bottle, it would sink without a Cork.” This is just one example of the pride that residents of Cork have in their city, expressed through street art. Another box that says: “End Dublin, rule in Cork” looks as if it has been repainted a few times. It was in tip top shape when I first arrived but has since been keyed so many times that the word “Dublin” is deeply scarred. However, the most intriguing feature of the box resides in its colors, not its words. A white star is painted in the middle and the box, bright red, is similar in appearance to a communist flag.

References to politics and philosophy are frequently made on these electricity boxes. Many, especially those on the outer extremities of the city, are painted with graffiti showcasing the communist flag colors and the hammer and sickle symbol. Additionally, some art features many languages I do not understand such as Chinese, German and Norwegian.

These politically charged paintings aren’t something that I was expecting when I first arrived in Ireland, but add to the intrigue of Cork and touch on some of Ireland’s political history.

For now, I plan on continuing to appreciate the boxes for their artistic expression while I learn more about their underlying meanings in my classes.