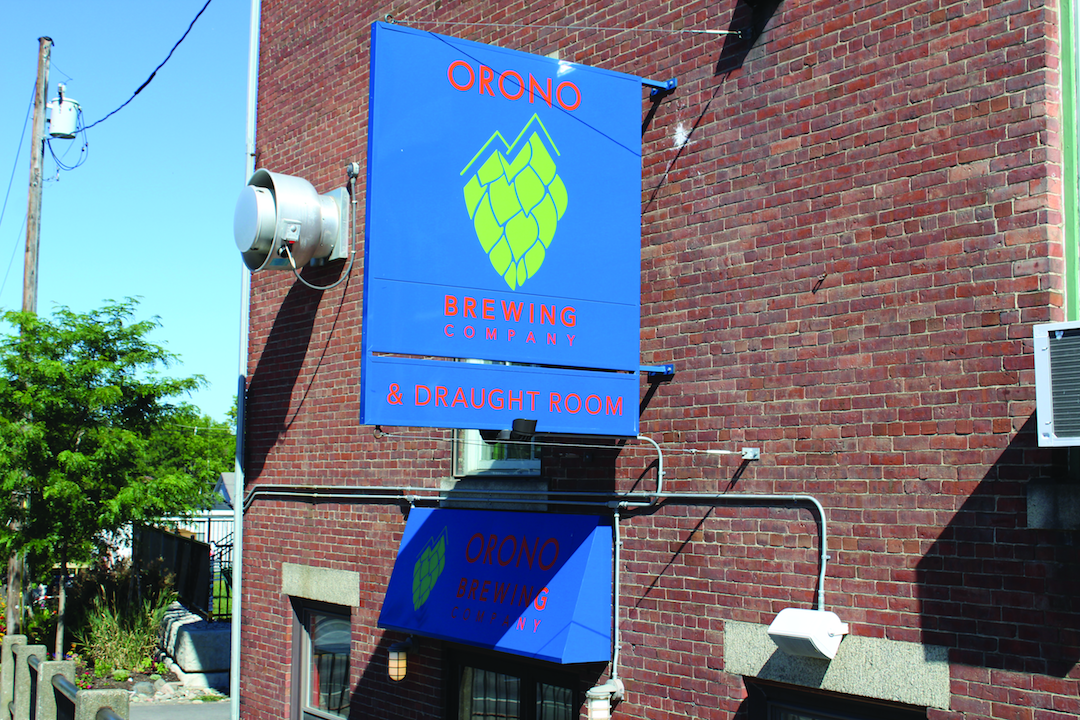 As Orono Brewing Company’s (OBC) Instagram biography states, “you’re either doing stuff or you’re not.” On Tuesday, Oct. 19, the local business did something big and opened its new location at 61 Margin St. in Orono, the brewing company’s biggest expansion yet.

The nearly year-and-a-half long project is located in a former rock-crushing facility that the owners of OBC purchased in July of 2017. The company’s four co-owners, Abe Furth, Heather Furth, Mark Horton and Asa Marsh-Sachs, made the decision to expand when they reached capacity at their current locations in downtown Orono and downtown Bangor. When the space on Margin Street went up for sale last summer, they took the opportunity to create something new for the company.

The large space at 61 Margin St. will allow OBC to package 95 percent of its product at the new location, including 100 percent of canning. With weekly shipments of beer from Orono to various vendors around the state pressing existing capacity, the new location will enable OBC to both keep up with local demand and have “more of a statewide presence,” according to Abe Furth.

The expansion offers a handful of features that are new for OBC. The business now has a food menu, featuring appetizers and full meals, such as burgers and creative flatbread options. In contrast, the company’s Bangor and downtown Orono locations only serve beer and individual slices of pizza from local pizzerias.

Heather Furth and Horton, also a chef, opened Woodman’s together in Orono in 2005. With this prior experience, the group skillfully crafted OBC’s new menu and hired chef and friend of Horton Dylan Bernosky as a member of the kitchen staff.

The restaurant aspect of the new location is kept casual by the lack of waiters and waitresses. Both beer and food are ordered and paid for at the bar.

Other features the larger space enables are in-house activities, such as ping pong tournaments and other kinds of games. In warmer seasons, the brewery will open a large outdoor space to enjoy beer, food and games outside.

The owners explained that they wanted to take the same “vibe” from their smaller locations but expand the concept slightly, in hopes of making the university a better experience for both students and faculty.

With the new space, OBC is ensuring they remain relevant to the college community. The parking lot, for example, has 60 spots, a decision made with the intention of giving students the option to leave their cars overnight as needed. In addition to weekly ping pong tournaments slated for Tuesday evenings, a DJ will be brought in to play on Thursdays.

When asked about competition with other Orono bars such as Orono House of Pizza (OHOP), Abe Furth explained that they “absolutely are not trying to compete.” OHOP, the Common Loon and other local spots are good customers of OBC, and the various companies support each other’s businesses.

“In Orono and Bangor, we don’t want to step on toes,” Abe Furth said.

The new owners noted that OBC aims for a slightly earlier rush than the other Orono bars and to create a less club-oriented atmosphere.

“We bought the building as a brewery,” Heather Furth said. “We didn’t want a dance club mixed in with a brewery.”

To further demonstrate the support of local counterparts, OBC will be collaborating with other breweries on a handful of occasions. Saturday, Oct. 19, for example, was the grand opening at Margin Street, and the event featured eight other Maine breweries in addition to OBC’s own product.

For homecoming weekend from Oct. 26-28, OBC will be unveiling a new treat: a blueberry milkshake India pale ale called “Go Blue,” part of a collaboration with Mast Landing Brewing Company of Westbrook, Maine.

With the expansion to their third and largest location, the owners of OBC aim to continue to expand the business within Maine and elsewhere, but they also made clear that they are a Maine-first company, and shipment within Maine takes precedence over anywhere else.

To improve the Maine beer scene, OBC hopes to ultimately bring the rich beer culture of Portland up further north to the Orono area, and their new location is a crucial step forward for this goal.