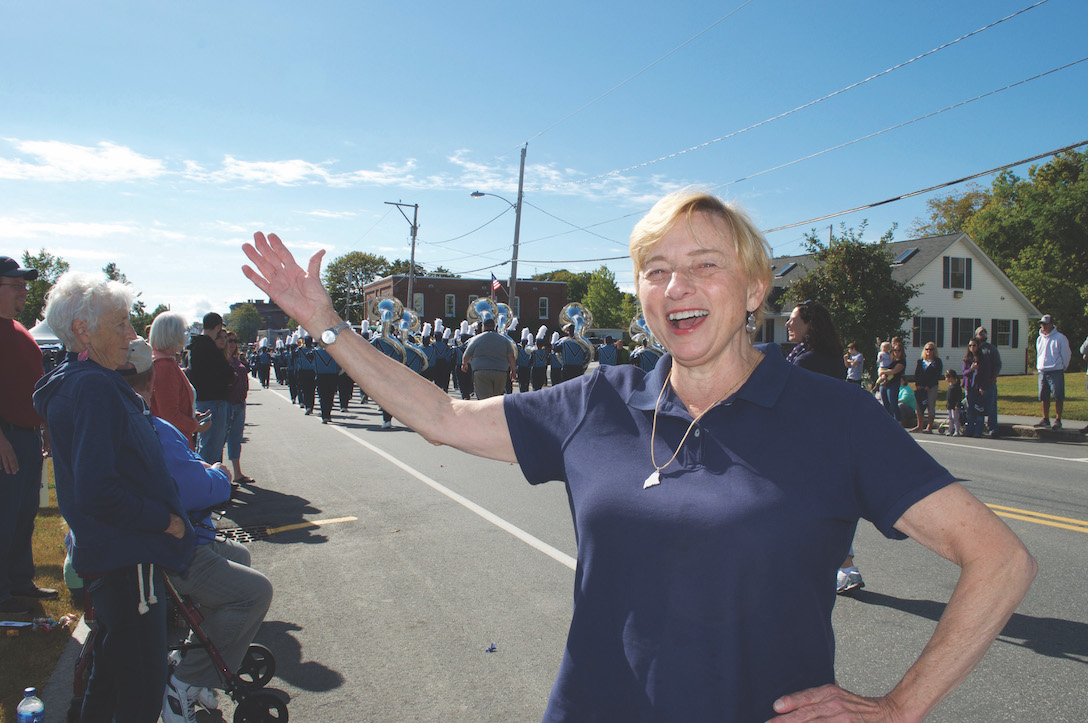 Riverfest in Old Town drew crowds for fireworks, a parade and more. Photo by Kiana Plumer

Kicking off Friday night, Old Town celebrated its annual Riverfest this weekend, Sept. 28-29. Riverfest is a two-day festival that includes events from Old Town high school’s homecoming football game to a parade with floats sponsored by local businesses and organizations.

The events began at 5 p.m. Friday afternoon in Binette Park with a prayer from an Old Town local, Rev. Bruce Stevens. Stevens, a pastor for 25 years, has opened Riverfest with a prayer for the last 10 years.

“This event brings everyone together, especially on Saturday morning,” Stevens said.

Following a prayer, the national anthem was sung by Zeny Robbins of Milford, and the festivities were officially underway.

The first event of the evening was a talent show, where Alyssa Comeau, a young local, had the crowd cheering after a cover of “This is Me” from “The Greatest Showman.” Morita’s School of Dance also took the stage with performances from their pre-school, first- and second-grade groups.

At Old Town high school, the Coyotes took to the Football field at 6 p.m. for their homecoming game against Maine Central Institute. After a hard fought battle, the Coyotes were defeated with a 56-0 end score.

Friday night’s events closed with a 9 p.m. firework show, as well as music and dancing in Binette park and a closed Main Street.

Saturday morning, Main Street was lined on either side by eager spectators waiting for the parade, which began at 10 a.m. Floats in the parade varied from Boy Scout Troop 16 of Old Town to the local Dairy Queen. The University of Maine marching band participated, and played an instrumental version of their school song, the “Maine Stein Song.”

Many politicians also made an appearance at the parade and shook hands with locals along the side of Main Street. Gubernatorial candidates Janet Mills and Shawn Moody both attended, as well as State Senator Eric Brakey and Congressman Bruce Poliquin.

Binette Park was filled with vendors selling food and crafts until 4 p.m. Saturday. Holden resident and retired nurse Sandy Umble was tabling alongside her partner, the Old Town Animal Orphanage, selling dog jackets. Umble has a close relationship with the orphanage, as she donates homemade blankets to them consistently. UMaine’s Kappa Delta Phi was also present, painting faces to raise money for the American Foundation for Suicide Prevention.

Other vendors included the University Credit Union and the Old Town Elks Lodge which sold lobster rolls. Bounce houses were set up for kids, along with a mechanical bull for older teens and adults.

Old Town’s Riverfest came to a successful close following Saturday’s festivities. It proved to be a positive and successful day for Old Town and surrounding locals to come together and celebrate.

For more information and photos of Riverfest, visit their facebook page at facebook.com/Old-Town-Riverfest-124272050919656