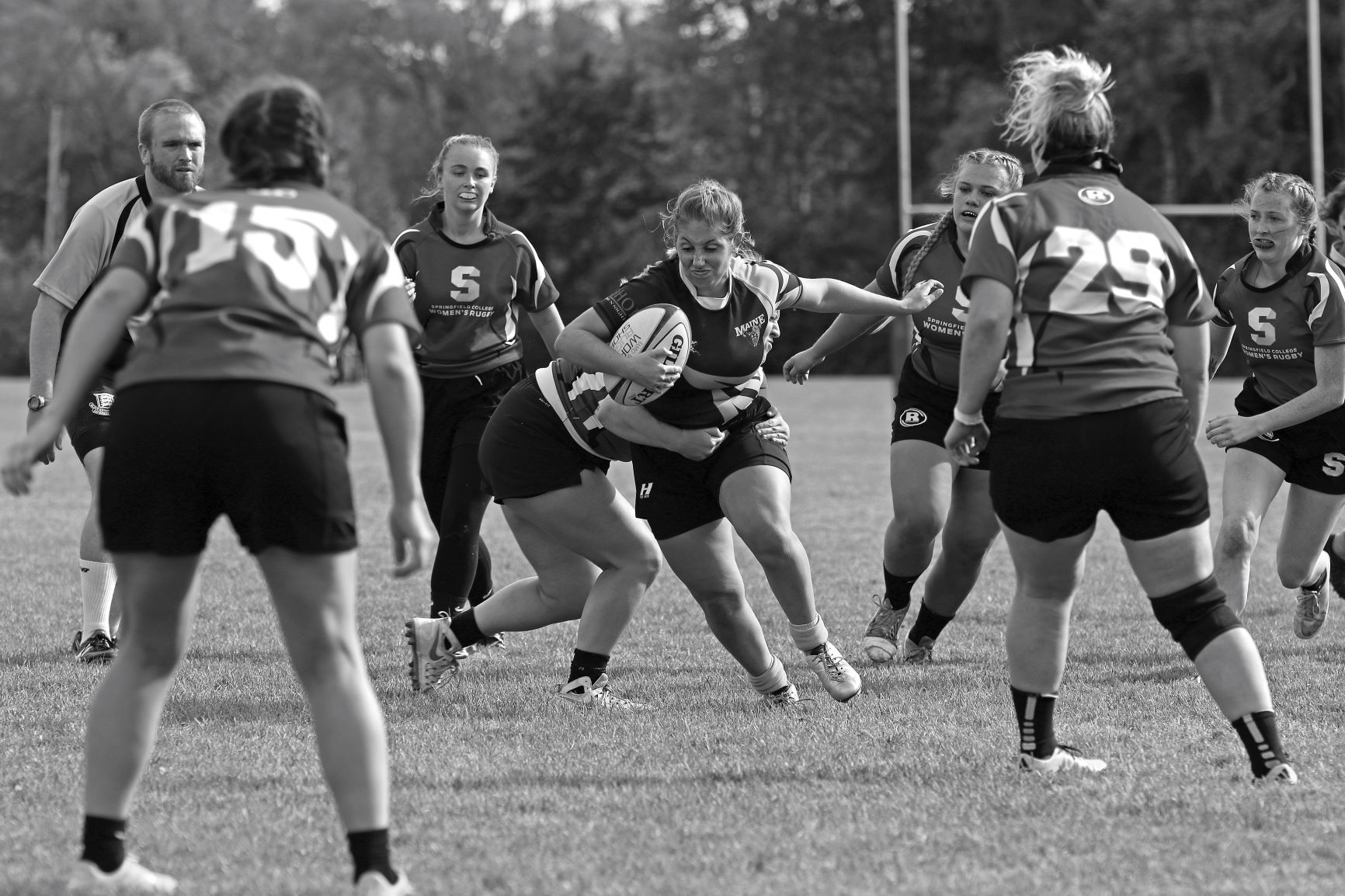 After winning Beast of the East in Rhode Island in 2017, an event spanning from April 14-15 of 2018, the University of Maine’s men’s rugby team went on to defeat Framingham State University and Salem State University during the weekend long tournament. This launched them into the fifth-ranked spot in the nation by the National Small College Rugby Organization.

Despite these victories, scrub-half Nathan Bradstreet indicated that it was a hard year after losing a significant amount of members, as roughly 15-20 fourth-years graduated. Other players left the team due to their busy college schedules.

“We sort of had to find ourselves again and I think we’re going to do a lot better this year,” Bradstreet said.

He was optimistic because a lot of the players with at least a year under their belt were coming back and they kept some veterans from last year who are leading the team toward a revival. Among these returners he named are the current presidents of the club: Preston Spear, Andy Martel and Mitchell DelFrate.

To encourage young members to join, the club actively recruits new members, and often participates in many organization promoting fairs on campus.

As always, they hope to win the National Collegiate Rugby Tournament in Colorado, which they came only one game away from winning last year.

Bradstreet also indicated that the Rugby Club is a good, friendly environment and that anyone who joins will feel like, per Bradstreet’s words,  “one of the boys.” He called his teammates “characters” and spoke fondly of the playoffs.

“I had an older brother play in college and I was able to watch a few of his games. At first I didn’t know if it was for me but after being in college for a year I decided that I wanted to get back into a team sport so I tried rugby,” Spear said.

Despite the intimidation factor of going into a contact sport without padding, Preston is quick to encourage any newcomers to join.

“Rugby teaches you how to protect your body both when getting hit and getting tackled and leads players to feel more comfortable on the field,” Preston said.

He added that most of the players coming in have never played before or haven’t played for a few years.

On Saturday Sept., 22, UMaine lost to the University of Maine Farmington Beavers at Farmington with an ending score of 41-7. According to UMF’s Daily Bulldog, the Black Bears were impressed and surprised by the Beaver’s experience. Despite this, the Black Bears’ rugby team pressed on to matches against the University of New Hampshire, Maine Maritime Academy, Bowdoin College, Colby College and Bates College. Practices are held Mondays, Tuesdays and Thursdays from 5-7 p.m. on Lengyl Field. Men of all skill levels are welcome.

Outside of the practice environment, the club operates as a friend group, so anybody with any degree of interest in rugby should join, adding to an already expansive team. The team goes to the gym together, constantly in a push to improve themselves and the team.

“Potterless” allows listeners to reimagine a classic
Editorial: climate change reports tell the truth and we should listen