The Wonderful and Strange Jac Jemc 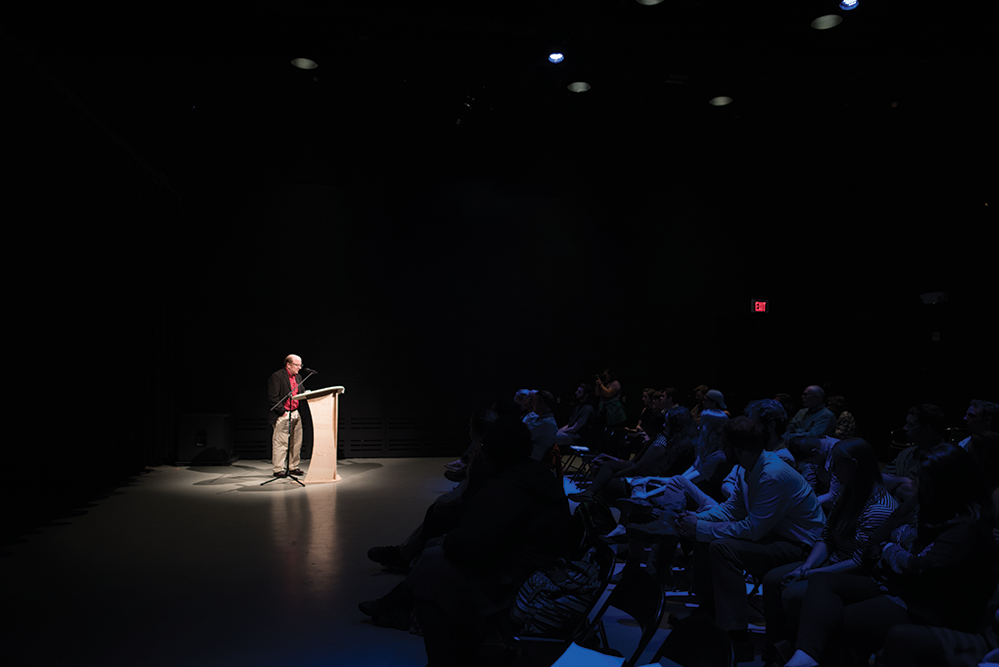 Thursday afternoon, the New Writing Series hosted a reading by Jac Jemc, author of “The Grip of It.” Several dozen students, faculty, and others gathered for the reading, which included a short story to introduce the work as well as the first nine chapters of the book. She was introduced by Greg Howard of the University of Maine’s English Department, who discussed tropes of haunted house stories and introduced her as “the wonderful and strange Jac Jemc.”

Jemc prefaced the chapters from “The Grip of It” with “The Grifted,” the story of a wealthy young man and a strange thief. The story details his experience having everything quite literally stripped away from him, leaving him confused, alone and frightened.

“When all you have is everything, the only thing you desire is to have it taken away,” Jemc said.

She talked with the audience about looking through her old writing to find an appropriate story to share before the actual chapters and rediscovered “The Grifted,” which also touches on the idea of a haunted house.

The sections of “The Grip of It” that Jemc read included references to many horror tropes (such as a young couple buying a cheap home that turns out to be haunted, strange sounds and feelings of its residents, the house’s frightening past and a suspicious elderly neighbor) and powerful imagery to convey a story that is more unsettling than it is truly scary.

In horror and supernatural fiction, this can be a difficult thing for a writer to achieve, but Jemc does so very well. At its core, the goal of the horror genre is often to leave an unsettling legacy, rather than a momentary fright. “The Grip of It” uses firsthand point-of-view, turns tropes on their heads, and uses Jemc’s powerful imagery skills to leave its readers (or listeners) suspicious, unsettled and begging for more.

Throughout the reading and discussion, Jemc discussed the inspirations behind her story, the imagery she uses, and what she believes is most important within a story. A strong focus of her writing, especially “The Grip of It,” is relationships and how they affect the way characters develop and interact with one another.

On having two narrators, Jemc said: “Ultimately, it’s about relationships.”

She talked with the crowd about how she believes that the best way to write a meaningful relationship is to “begin with mundane reality” and twist it with her own elements, especially tropes of horror and supernatural stories. Jemc also discussed dark humor and its presence in her writing.

“I think for a long time I was afraid of being funny in my writing because I thought I had to be serious to be taken seriously,” Jemc said.

This installment of the New Writing Series introduced many people to the world of Jemc’s delightfully bizarre “The Grip of It” and the writing, planning and creativity that make it what it is. The next New Writing Series event will take place on Thursday, Oct. 25, and will feature the work of Martin Riker.